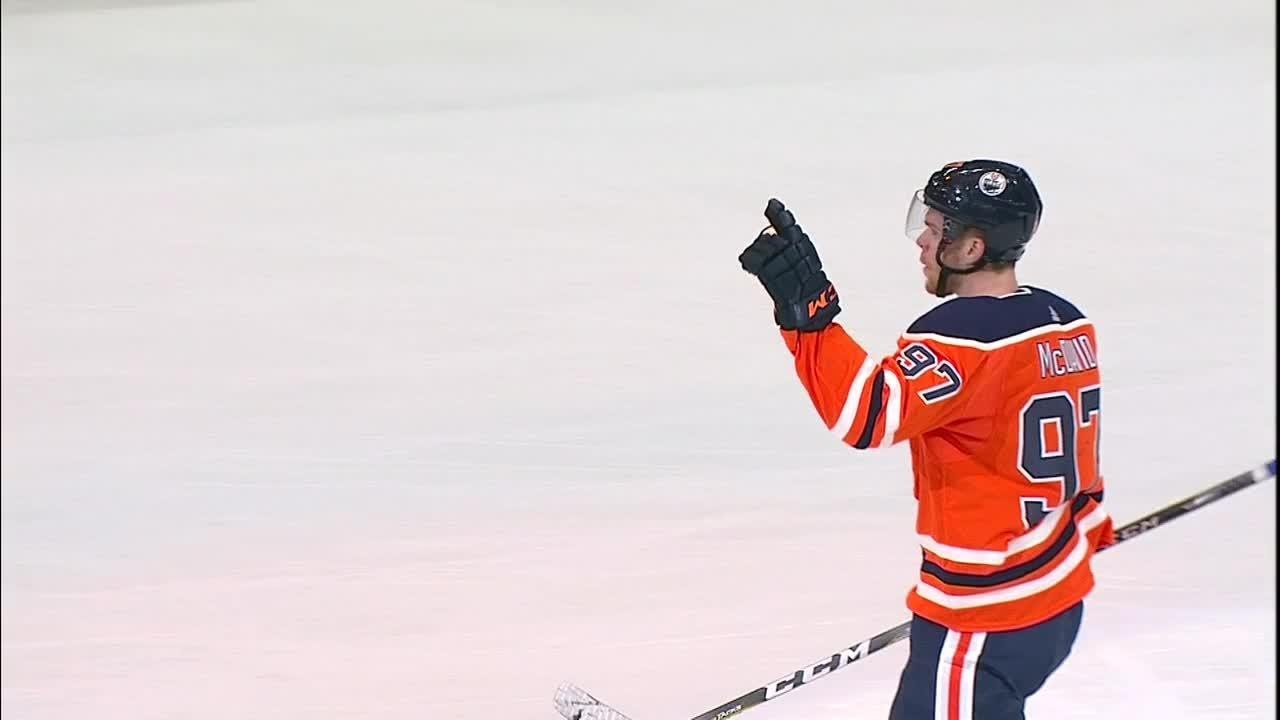 The Edmonton Oilers saw their six game point streak come to an end on Sunday night in Vancouver. After a pretty solid first 25 minutes that saw the club take a 1-0 lead via Ryan Nugent-Hopkins, the Oil fell asleep and were simply outworked by the Canucks.

The club was frustrated that they couldn’t gain any traction up the middle, and the team took three stupid penalties that essentially determined this game. It was the first poor performance of Mikko Koskinen’s Oiler career and a night to forget on the penalty kill. Over the course of an 82 game season, these nights will happen to the best of teams.

The key? Don’t let it sit, don’t let a bad night at the office turn into two bad nights, then a third. That’s how teams get in trouble, and how the Oilers could give back all the goodwill they just earned. Come ready to work tonight, get a win, and everyone forgets about Sunday. That’s the beauty of this sport.

The only issue? No one seems to be willing to let go of Sunday. It’s not the club’s sleepy effort, poor penalty killing display or the three mental mistakes (two puck over glass, a too many men from behind their own net) that cost them in this game that people are talking about. No, people are not letting this game go because of the officiating.

The Lamest Excuse In The Book:

Normally, I hate blaming the officials for the result of a particular game. Bad calls happen, and usually they just present the losing side with a pretty lame excuse. Of course, there are exceptions to this rule like game five of the 2017 playoff series with the Ducks and the NFL’s hilariously embarrassing Seahawks/Packers debacle in 2012.

I don’t think Sunday night’s loss falls on the shoulders of the refs, the Oil dug their own grave, but I get the frustration and I feel it too. I thought the penalty against Caleb Jones was a weak call and that Vancouver got away with at least five easily called infractions in this game. Would things have been different had Edmonton gotten even three of the powerplay chances they could have? Maybe, maybe not.

My biggest issue is that NHL officials simply are not calling the rule book as written. Oiler fans see it nightly because, well, McDavid gets held almost every play. It reminds me a lot of the big boys in the trenches in football. Holding happens every single play, it is just a matter of which ones actually get called. When it comes to McDavid, it is well known you can hold him quite freely without taking a penalty.

Now, McDavid still draws quite a few penalties and I’m not saying it is completely open season on him. That said, it does feel like guys like he and Sidney Crosby are forced to play by a different set of rules. Crosby adjusted to it over time, and as McDavid gets even bigger and stronger (Be scared, NHL) he will be able to shed some of these holds.

Officials are not out to get a certain team or a certain player. These guys are working a job and, as the NFL displayed for us earlier this season, will get fired for general incompetence. I do believe, however, that some refs carry grudges and egos the size of North America.

Call it the ‘Joe West Effect’, named after the MLB’s biggest egotistical umpire. There is a large faction of MLB umpires that believe people spend their hard earned money to go to the ballpark to watch them call balls and strikes. In fact, over the summer, we had an ump confront a player after hitting a homerun because he didn’t like how said player argued earlier in the game.

Ladies and gentlemen, meet Steve Kozari. Does Kozari come into games saying “I’m screwing the Oilers tonight”? No, because if he did he would be out of a job pretty quickly. Is he ever going to give Connor McDavid the benefit of the doubt again after their incident at Rogers Place last January? Who knows.

I get why Oiler fans are mad because it feels like every time Kozari refs a game, it is open season on 97. Oiler fans have every reason to be frustrated with the way this particular official calls McDavid. It’s not new by any means, and quite frankly it looks bad on a league that spends a lot of time bitching and moaning about the lack of offense. Call the rule book and goals will come, it isn’t a novel concept.

I’m glad Ken Hitchcock did what Todd McLellan seemingly refused to do for three plus seasons as Oiler coach. He vented his frustration to the media about the way the game, and his star player, are being officiated. I thought Hitch played it masterfully, and I wouldn’t be shocked if we see a change in the weather tonight at home against the Blues.

The officiating in the NHL isn’t good and sadly that isn’t a new problem. The McDavid/Kozari issue has brought it to the forefront, but this is happening all over the league. Crosby, Gaudreau, Ovechkin, Bergeron, Matthews, all these guys seemingly can be impeded to a far higher level than other players.

The league really needs to start calling hooking/slashing/holding like it is written. Do that and complaining will go away, and maybe the league will solve it’s offense crisis in the process.