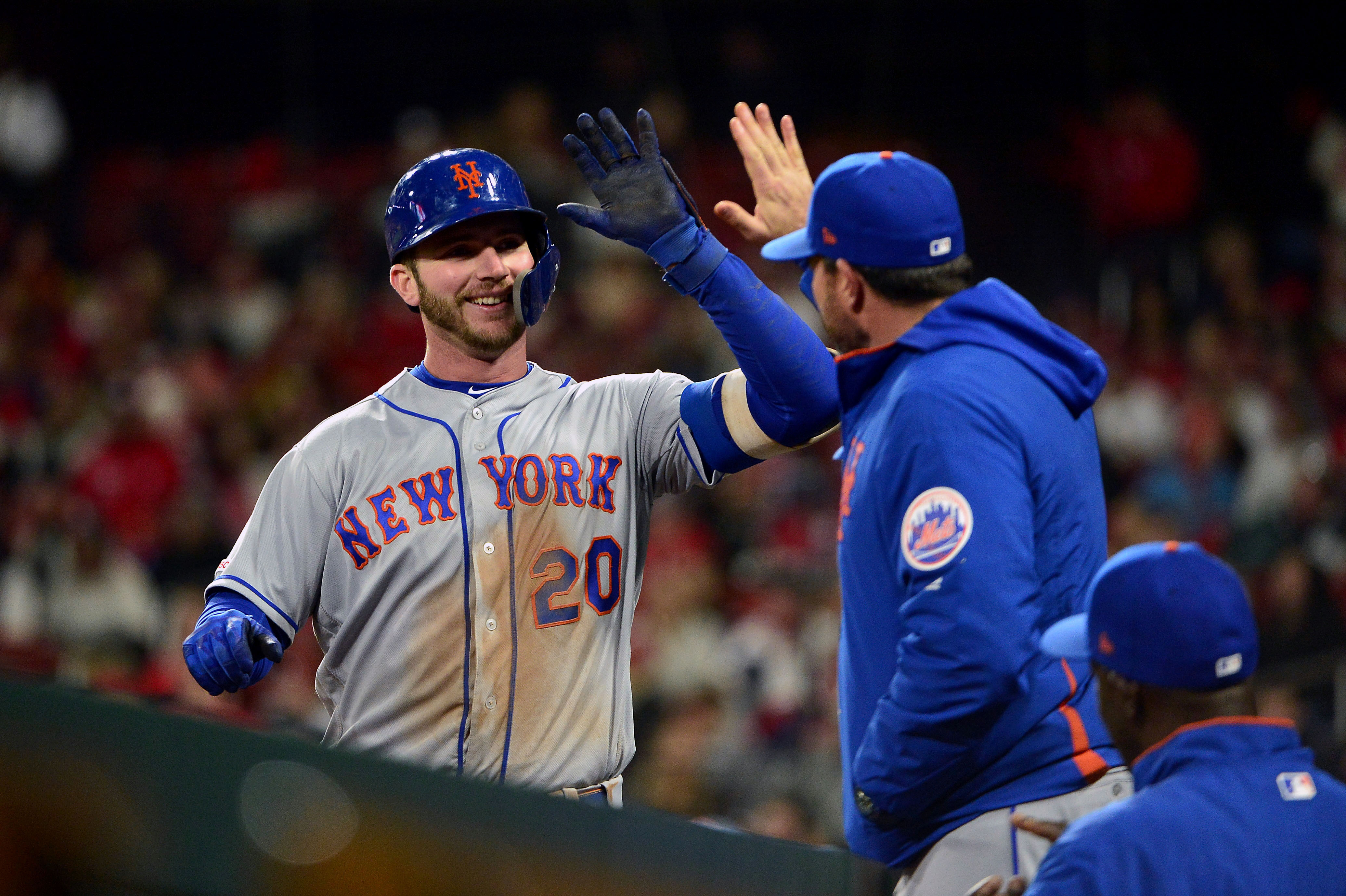 The New York Mets (11-8) got a win last night despite another short outing from lefty Jason Vargas. Vargas was actually effective against the St. Louis Cardinals (10-9), allowing only one run, but he lasted only four innings due to tiring after 75 pitches. The Mets’ bullpen held on for the final five innings to secure a 5-4 victory, snapping a two game skid and bringing the Mets to 4-4 on their 10-road trip. The two teams will continue their series this afternoon, with first pitch for today’s game scheduled for 2:15 p.m. at Busch Stadium.

The Mets have recalled righty Chris Flexen (0-2, 12.79 ERA in 2018) from AAA Syracuse to start today’s game. Flexen is taking the place of Jacob deGrom, who was placed on the 10 day injured list after having his routine between starts disrupted by strep throat and mild elbow pain. The Cardinals will counter with left hander Miles Mikolas (1-1, 6.00 ERA). Mikolas was shaky in his last start, giving up four runs (three earned) in five innings against the Cincinnati Reds on Sunday, but didn’t factor in the decision. The Cardinals went on to win that game 9-5.

Here’s how we lineup for today’s game in St. Louis. #LGM