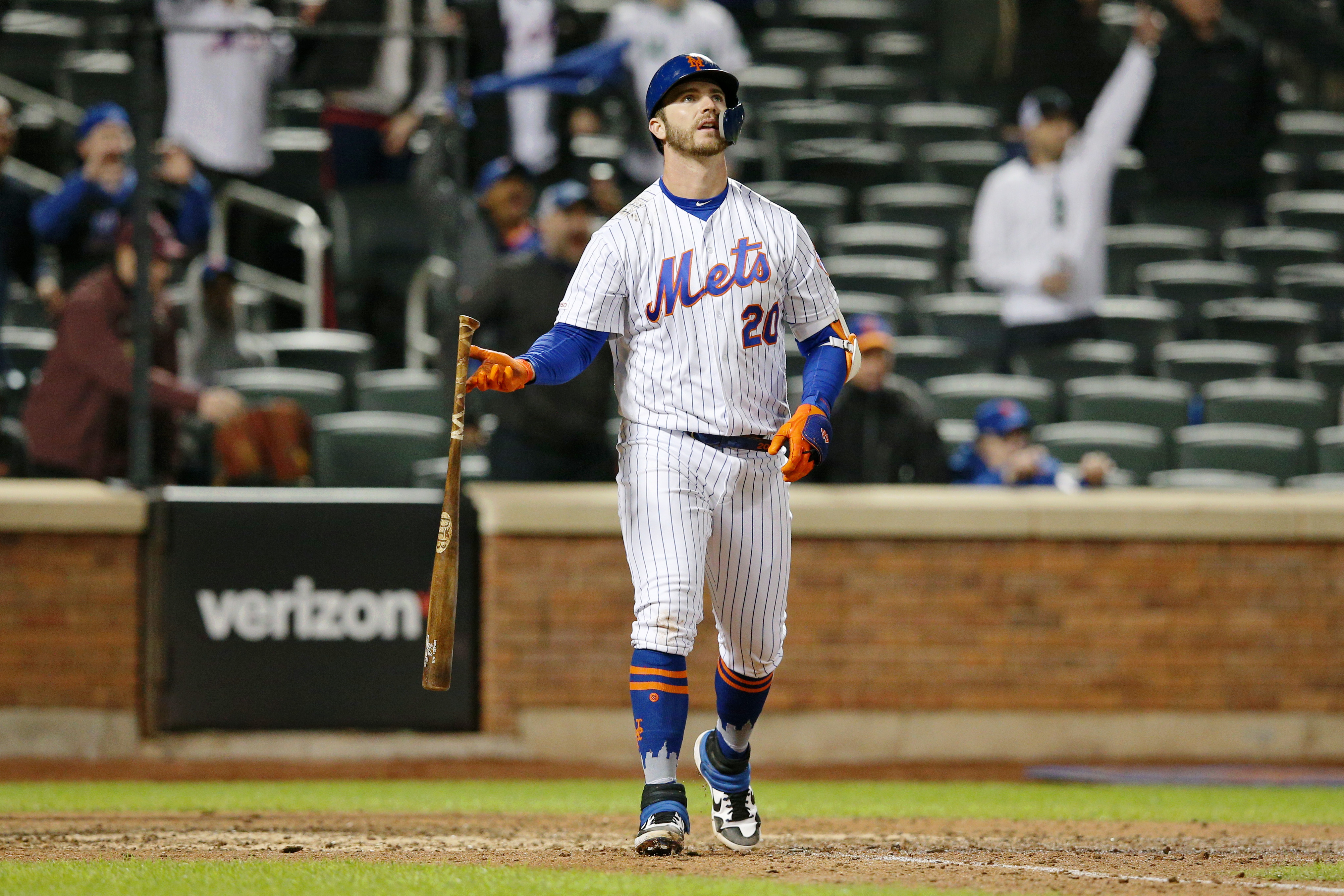 Is it me or was Tuesday’s game a Hitchcock episode? First you had Jason Vargas introducing himself to the sixth inning for the first time this season. And pitching shutout ball when he shook the sixth’s hand! He would give up a game tying home run before leaving, but a fifth starter doing what a fifth starter is supposed to do? Pray tell! Maybe the slick baseballs aren’t as much of an excuse this season as I thought they were.

Then you had Todd Frazier hitting a solo home run to give the Mets the lead in the seventh. Outside of Vargas, and now that Travis d’Arnaud is off the team, Frazier might be the player that catches the largest chunk of the fans’ disenchantment, being that at an average of .207, Frazier is going to walk meekly to the dugout way more often than he stands on a base doing whatever celebration he invented while he was nursing a sore oblique.

Jeurys Familia started the top of the eighth with Edwin Diaz having pitched three straight days, and Seth Lugo unavailable after pitching in two straight. Joey Votto led off the eighth with a single so of course you thought “oh, here we go again.” But inexplicably, Votto was doubled off first base on a fly ball to center field. For Familia to get a break like that knowing he’s going two innings was the first sign of Hitchcockian nonsense.

After Michael Conforto gave the Mets an insurance run with a single in the 8th, and Familia struck out the first two batters in the ninth, you thought the Mets would escape. Hell, after eight straight strikes to start the ninth even I thought the Mets would escape. But then Familia walked Jesse Winker on four pitches. Maybe because his sinker abandoned him. Maybe because after last night he wanted no part of Winker’s bat in that situation. I’m not even going to pretend to know what’s happening here.

Then Jose Iglesias got a hit.

Then, with no real great option left in the bullpen with Diaz and Lugo out and Gsellman already used, Jose Peraza singled to tie the game. All with two outs.  There might as well have been seagulls and pigeons pecking at everybody’s brains in the ballpark at that point.As frustrating as Armando Benitez was (and trust me, he was WAY more frustrating than Familia could ever be), we never saw both the very best and the very worst of Benitez in the same damn inning. As easily as Familia disposed of the first two batters of the inning, that was how hard it was to get the third. It’s frustrating when you pay a guy $30 million to get outs like the last one, and there have been plenty of those outs this season … lost to inescapable struggles.

After Daniel Zamora walked Joey Votto, Drew Gagnon struck out Eugenio Suarez with the bases loaded and then retired the side in the tenth. It was an outing that shouldn’t be forgotten if the Mets somehow make the playoffs by one game.

J.D. Davis led off the tenth with a double and Jeff McNeil followed with a hard single to right field (Squirrel’s fourth hit of the game) to get Davis to third. Pete Alonso was up next, and he took an oh-fer for the game, chasing a whole bunch of sliders down around the ankles. But he got a high and outside fastball and drove it to the outfield … not trying to do too much with it … and won the game. There are two more games with Cincinnati, with Jacob deGrom and Noah Syndergaard pitching. Will they right their ships? Or will the Mets take a similar foray into your parlor?