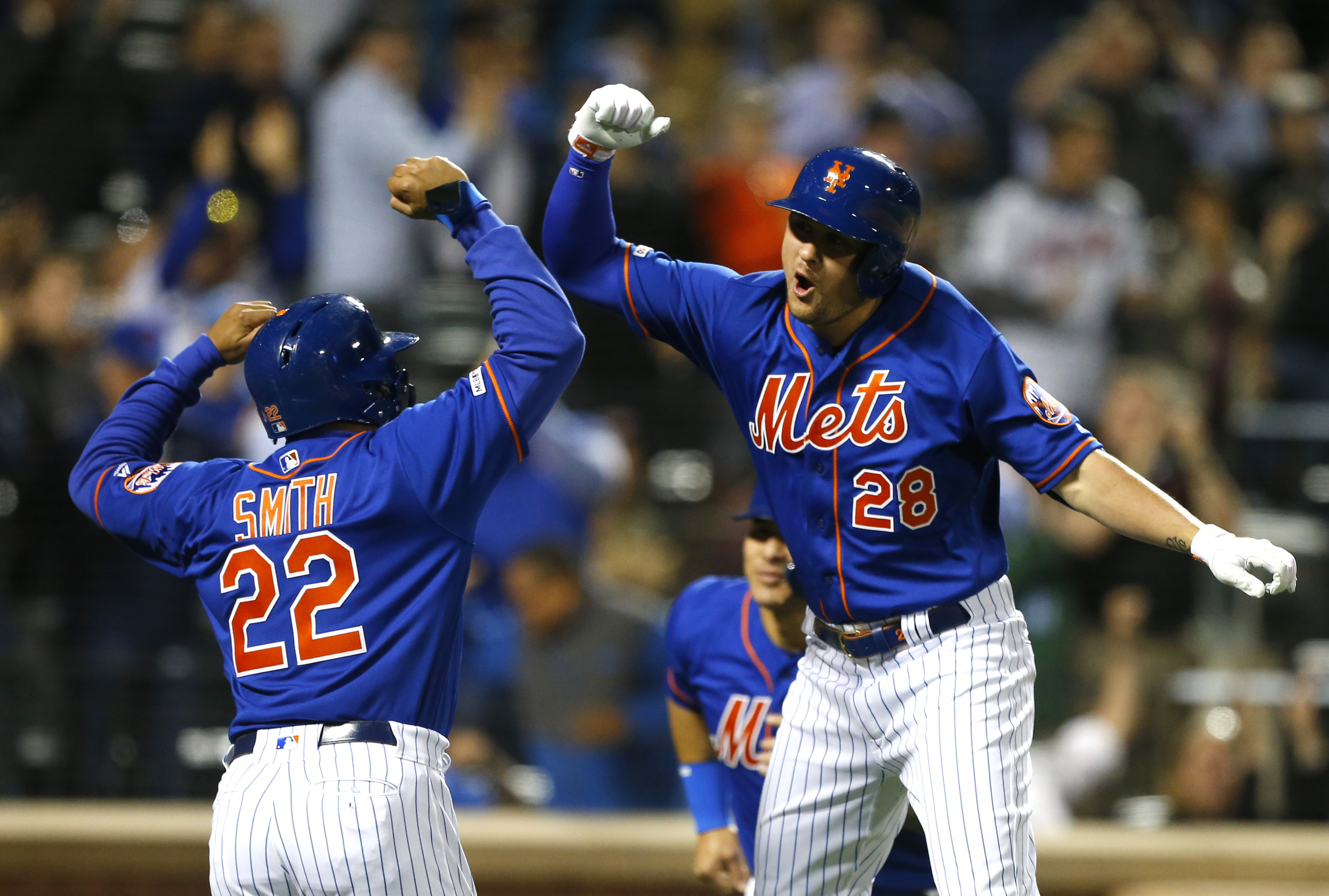 So Juan Soto hits a ball to the back of the Pepsi Porch to make it 1-0 and I’m figuring that within ten years he’s going to hit enough baseballs up there to be able to sign a deal with Coca-Cola. Because this is the way I think. Then, after the Mets tied up the game, Brian Dozier … zero for his previous 37 against the Mets … hit two run homer to break the streak and give the Nationals a 3-1 lead.

Against the Washington bullpen, you always have a chance. But it isn’t as if the Mets have been smacking them up and down the yard lately. So with two runners on, J.D. Davis pinch hitting, and the shadow of Scherzer and Strasburg looming over all of our heads, I knew that drastic measures had to be taken.

Juiced ball homerun of the night goes to J.D. Davis of the New York Mets who lined one to the opposite field. The ball also went off the end of the bat for a homerun in a ballpark in which the ball doesn’t usually carry well. #juicedball #mets pic.twitter.com/j0hQ0YHrzA

When you read the information on that tweet, how the ball was off the end of the bat and carried in Citi Field of all places, there’s really no other explanation other than … Jesus. (And Wander Suero.)

Having used my one divine favor for the night (and quite possibly the season which means I should have saved it for a more dire occasion, and yet things can’t get much more dire than what the Mets are going through right now), I thought things were lost for good when Jeurys Familia came in and gave up two runs, helped by Davis misplaying a ball in left field because Brandon Nimmo as out with a stiff neck and with Juan Lagares having been pinch hit for, the defensive alignment was more ’93 Browns than ’85 Bears. At 5-4, all seemed lost.

I couldn’t tempt fate again. So instead of asking Jesus for help, Pete Alonso tried to hit a baseball to Him:

This tank from @Mets rookie Pete Alonso set the team record for homers by a rookie before the All-Star break.

The All-Star break is over a month away…

Edwin Diaz kept the score tied in the ninth, setting up Amed Rosario to win the game by beating out an infield hit with two outs to score the winning run. It was a fairly hard hit grounder to short so Rosario had to motor to beat it out, and he did. If there’s one thing that proves it’s that no perceived “influence” has steered Rosario into a wrong direction … a direction without hustle. In other words, Rosario has his own brain and he’s not afraid to use it.

Despite all that, I’m happy the Mets won and I’m not much concerned with how it happened. I’m glad that sometimes, prayers are answered. Even if they’re answered by social media deities.

Really happy that Todd Frazier and Adam Eaton tried to work out their differences before Tuesday’s game. I think the 2016 White Sox have a real chance at the pennant now. (SNY)