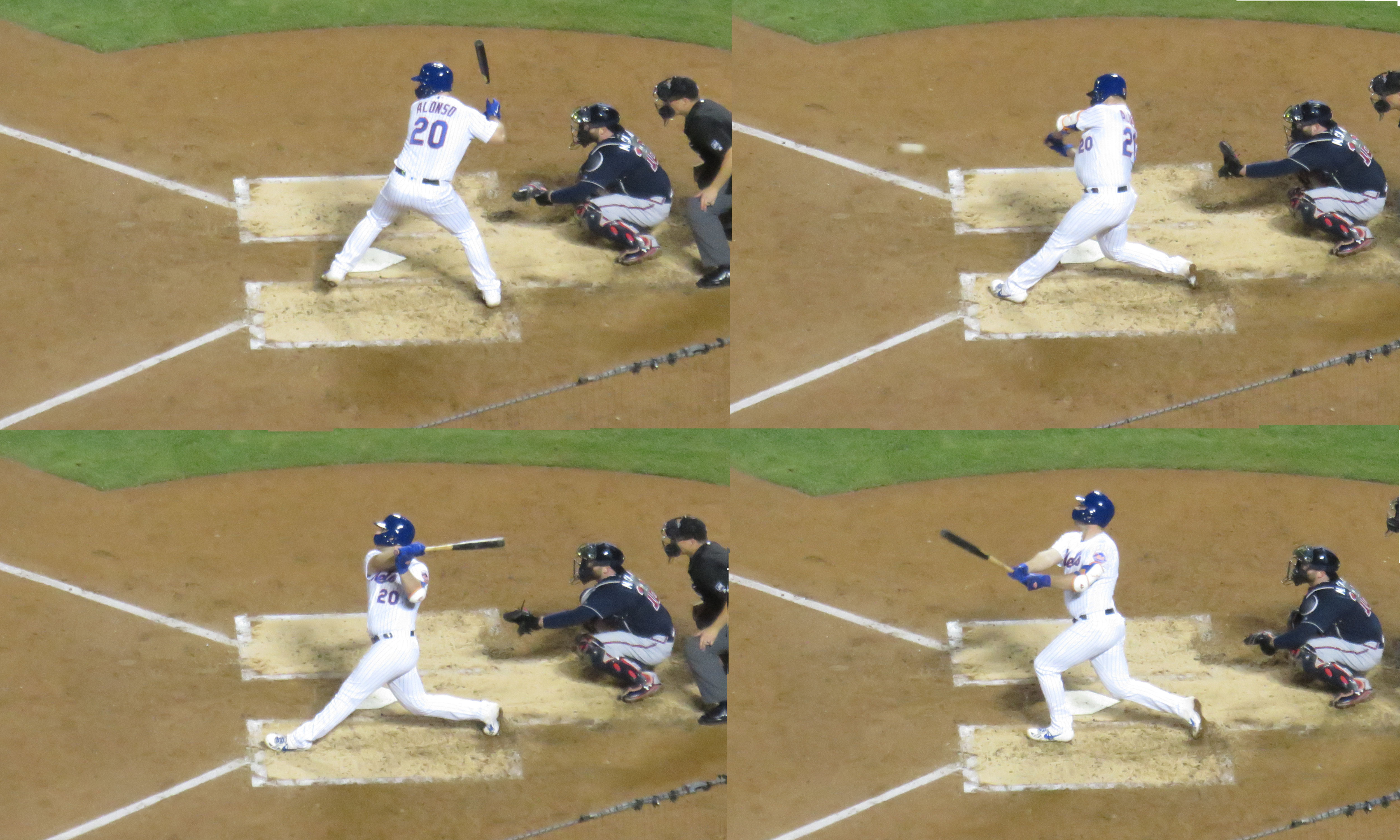 I had a weird feeling it was coming, and there was a weird path to get to that feeling.

Pete Alonso came up in the third inning off Mike Foltynewicz, and he fouled the first pitch off his foot. At that moment, while everybody was thinking about that one swing that was going to put him ahead of Yankee slugger Aaron Judge for the rookie home run title, for some reason I thought of another Yankee: Bucky Dent. Right before Bucky Dent hit his improbable home run against the Red Sox in the 1978 one game playoff, he fouled a ball hard off his foot and was down for a while.

The two situations, much like the two people, couldn’t have been more different. Dent’s home run was for the playoffs. Alonso was chasing a personal record. Also, Dent needed freaking cortisone and numbing spray, while Pete Alonso’s leg is probably the same size as Bucky, so Alonso shooed away his foul ball like it was a gnat. There’s no way I should have ever equated the two disparate situations. But when I saw Alonso’s foul ball, I thought of Dent. I knew how that Dent at-bat ended. So for that reason, I leaned over to my wife and said “here it comes”.

In retrospect, I should have tweeted that.

It wasn’t on the next pitch, but three pitches after my Bucky Dent flashback, Alonso took ownership of the rookie home run record with his 53rd of the season. It made everyone forget about Rene Rivera’s two run homer (his first home run of the season), and it was the first of two records set on Saturday (the Geico stolen base kid set the 2019 record by stealing the fake base in 16.3 seconds). Alonso’s homer thrilled the Citi Field making the last Saturday of the season memorable for the second season in a row as the Mets set down the Braves the rest of the way in a 3-0 victory.

Geico Kid out there setting records too. (Metstradamus)

The other Pete Alonso moment that will stay with me forever is during the top of the ninth inning when a small but vocal section of the crowd in the lower tank in left field sing songed their own “PEEETE AAAAALLL-OOOOONSOOOO clap-clap-clapclapclap” chant. Alonso could have played it cool and act like he didn’t hear it. But he gave a fist raise to the crowd and proved he wasn’t too cool to acknowledge his fans. This guy has been the real deal all season long, and has basically professed his love for us, and we’ve given it back in bucket loads, although it probably isn’t enough.

The Braves fan in front of me who had to chime in when everyone was chanting Alonso’s name in the third inning right after his home run, yelling and chanting “WHO’S going to the PLAY-offs … NOT you!!!”

Dude, pipe down and enjoy the playoffs. Give us this, would ya?