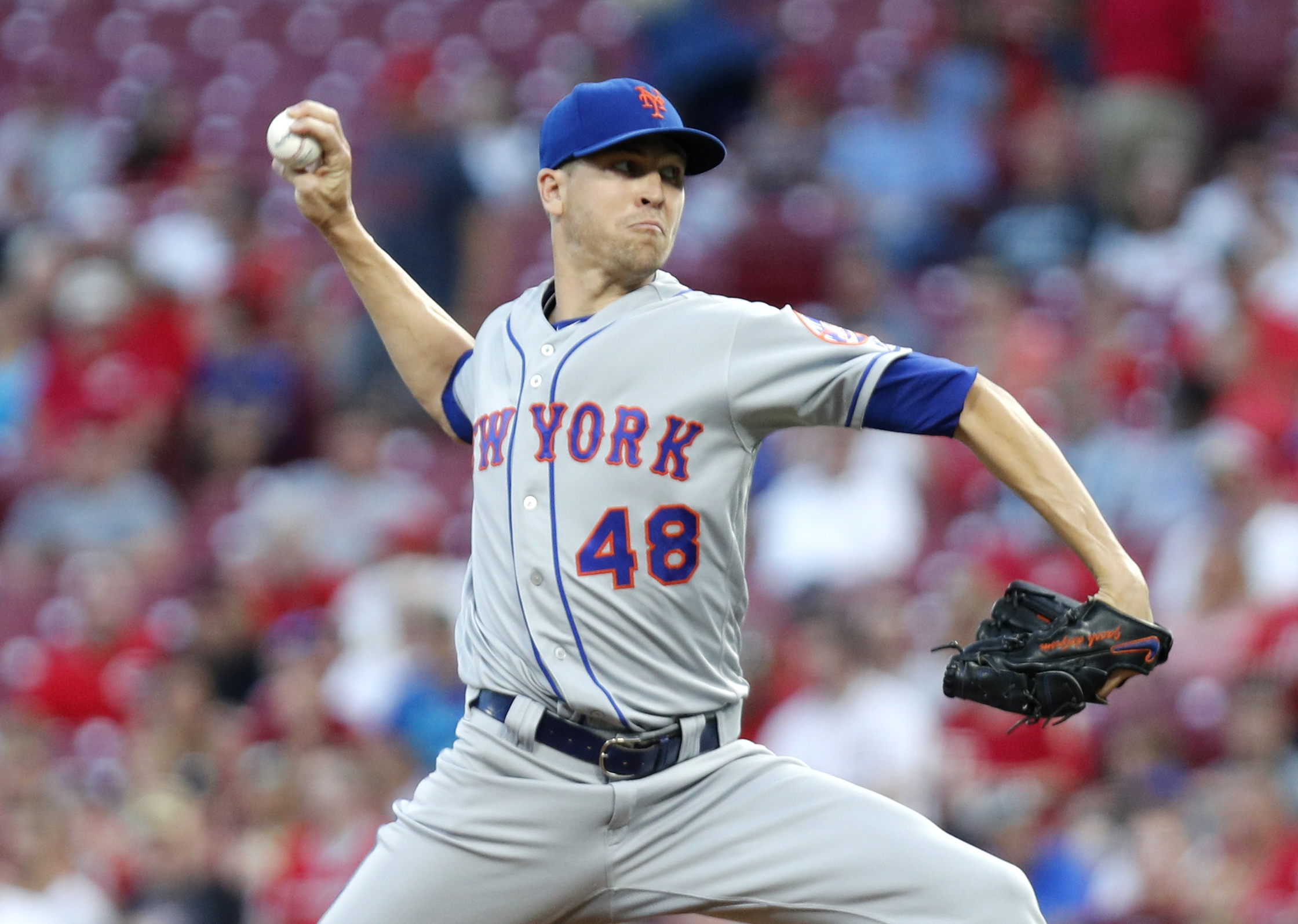 Now that the New York Mets’ 2019 season is over, we are going to take a look at the year as a whole over the next several days. We will break down the offense, starting pitching, relievers, coaching staff, and declare a team MVP along the way. We continue our season review today with a look at the Mets’ starting pitching.

Even though the Mets’ offense took a step forward in 2019, this was still a team built on starting pitching. The Mets had a dynamite starting rotation, and for the most part it was healthy all year long. Factoring in the fifth starter being a combination of Jason Vargas and Marcus Stroman, the Mets got 154 out of a possible 162 starts out of their regular starters, making this review easier to swallow than in years past.

After delivering an all time performance in 2018, there was surely going to be some drop off from Jacob deGrom. Fortunately for the Mets, there wasn’t much as deGrom was pretty much just as good as he was in 2018. deGrom finished second in the National League in ERA, trailing Los Angeles’ Hyun-Jin Ryu by .11 (2.32 to 2.43), but was well ahead of the Dodgers’ lefty in pretty much every other major statistical category. By the end of the year, it became clear that deGrom was going to repeat as the NL Cy Young winner, becoming the first New York pitcher ever to do that.

For as brilliant as deGrom was, Syndergaard could do the same in flashes. Syndergaard pitched some of the Mets’ best games of the season, including a 1-0 shutout win over the Cincinnati Reds in May where he homered to drive in the only run. There were also plenty of five inning, four run performances on Syndergaard’s ledger, and he notably made it known he didn’t like pitching to starting catcher Wilson Ramos. Even though he went 10-8 on the year, Syndergaard’s 4.28 ERA was indicative of a pitcher who struggled with consistency.

After a brilliant second half to 2018, there were questions as to whether or not Zack Wheeler could follow it up. The Mets opted to play things by ear with Wheeler, a pending free agent, and opted not to extend him. Wheeler pitched well for most of the season, and with the Mets on the brink of contention they opted not to trade him prior to July 31. That decision paid off as Wheeler had a stellar second half, going 5-2 with a 2.83 ERA down the stretch to become the Mets’ most reliable starter outside of deGrom.

The Mets got another healthy year out of Steven Matz, who tied his career high by making 30 starts and setting a career high with 160.1 innings pitched. The first half was a bit of a mixed bag for Matz, who struggled in the first inning to the point that the Mets sent him to the bullpen prior to the All Star Break. That stint in the pen appeared to have fixed the first inning issues for Matz, but it still didn’t help with his propensity to give up the big inning on occasion. Matz again showed flashes of excellence, but it was an inconsistent year that could definitely be improved upon going forward.

After a disastrous first year in New York, the Mets got more than they expected out of Jason Vargas. Vargas was solid for the Mets in the first half, becoming the Mets’ most reliable starter not named Jacob deGrom, but he wore out his welcome after getting involved in an incident with Newsday’s Tim Healey in Chicago. The Mets upgraded their rotation by trading for Marcus Stroman, and followed that up by dumping Vargas to the Phillies for a AA catching prospect.

The Mets made an aggressive play to land Stroman at the trade deadline, dealing a pair of pitching prospects to secure Stroman’s services for next season as a potential replacement for either Wheeler or Syndergaard. Stroman had his issues adjusting to the National League, but he finished with a flourish, going 3-1 with a 2.91 ERA in six September starts, which is a good sign since the Mets need Stroman to be an anchor of their rotation in 2020.

The Mets got four starts from Walker Lockett, three from Wilmer Font, and one from Chris Flexen. Font was decent as a starter, but proved to be more effective as a bullpen arm before being designated for assignment. Lockett flashed in a start, but struggled in his other turns, while Flexen was an outright disaster in his one start before getting shifted to the bullpen