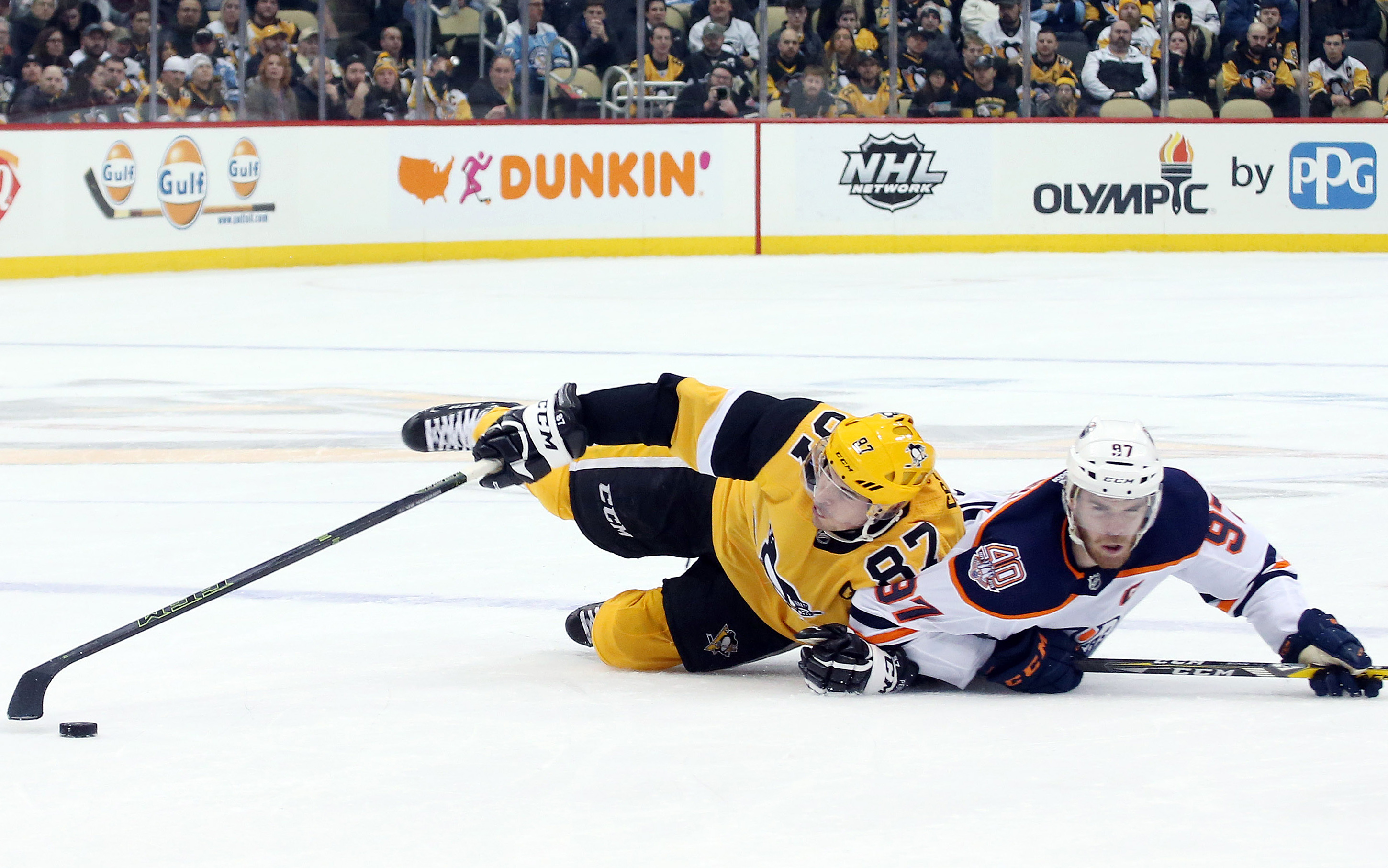 The Edmonton Oilers return home after splitting a two-game road trip to Dallas and St. Louis. They kick off a set of back-to-back games at Rogers Place as they welcome the Pittsburgh Penguins to town. The Oilers won the first meeting 2-1 in overtime on November 2nd.

Edmonton has struggled quite a bit lately, which has led to a change in the lines. The top six will be shuffled tonight, with Connor McDavid and Leon Draisaitl starting on different lines. Ryan Nugent-Hopkins shifts to the wing as a result. The Penguins won their first game on their Western Canadian swing, defeating Calgary on Tuesday.

Mike Smith starts for the Oilers, while former Oil King Tristan Jarry gets the nod for the Penguins.

Edmonton: Attack, attack, attack! The Penguins defense is extremely banged up right now and the Oilers have to take advantage of that. Getting the best possible matchups for the skilled forwards will be key, there are chances there to be had against a sub-par Penguins blueline.

Pittsburgh: Slow the game down. The Penguins are banged up defensively, but they are the much deeper team up front. The Penguins are an extremely smart team that should benefit from a more slowed down, thought out game. That will allow their forward group to find the gaps in Edmonton’s defense and attack Smith, who has struggled mightily the last month.

Edmonton: Mike Smith eventually has to turn in a solid start, right? Outside of a strong night in Vegas, Smith has been a liability for the Oilers since he stole the November 2nd meeting between these two. Can Smith get his swagger back, stop the Penguins and return to form? I’ll be interested to see how he looks tonight.

Pittsburgh: Alex Galchenyuk was the main piece sent to Pittsburgh for Phil Kessel this past June. He hasn’t settled in quite like the Penguins were hoping. Galchenyuk is on the fourth line tonight, but he has tons of skill and is worth watching. Eventually, the former 30-goal scorer is going to get back on track.

Dave Tippett is again changing things up. Draisaitl shifts to the second line, while Nugent-Hopkins goes to the wing. Patrick Russell, Markus Granlund and Brandon Manning will be tonight’s scratches.

The Penguins have been absolutely crushed by injury recently. Sidney Crosby remains out, while Nick Bjugstad and Patric Hornqvist are also unavailable up front. Defensively, Brian Dumoulin and Justin Schultz are injured and will not play.

The Oilers have had a lot of success against the Metropolitan Division this season. They are 8-1-0 against Metropolitan teams, including their 2-1 victory in Pittsburgh last month. The lone loss was against Carolina at Rogers Place earlier this month.

Mikko Koskinen won’t start tonight, but he’s been terrific as of late. Koskinen stopped 76 of 79 shots faced in Dallas and St. Louis. His .962 save percentage locked up two points for the Oilers and nearly stole another. Draisaitl just missed tying the game Wednesday in the final seconds of action. Edmonton is undefeated when wearing their alternate uniforms this season.

Connor McDavid at home is a weapon simply unmatched in the NHL. McDavid has 33 points (10-23-33) in 17 home games this season. That is the most among any player in the league. He’s also got ten points (3-7-10) in seven career games against the Penguins.