Edmonton vs Chicago: A Playoff History 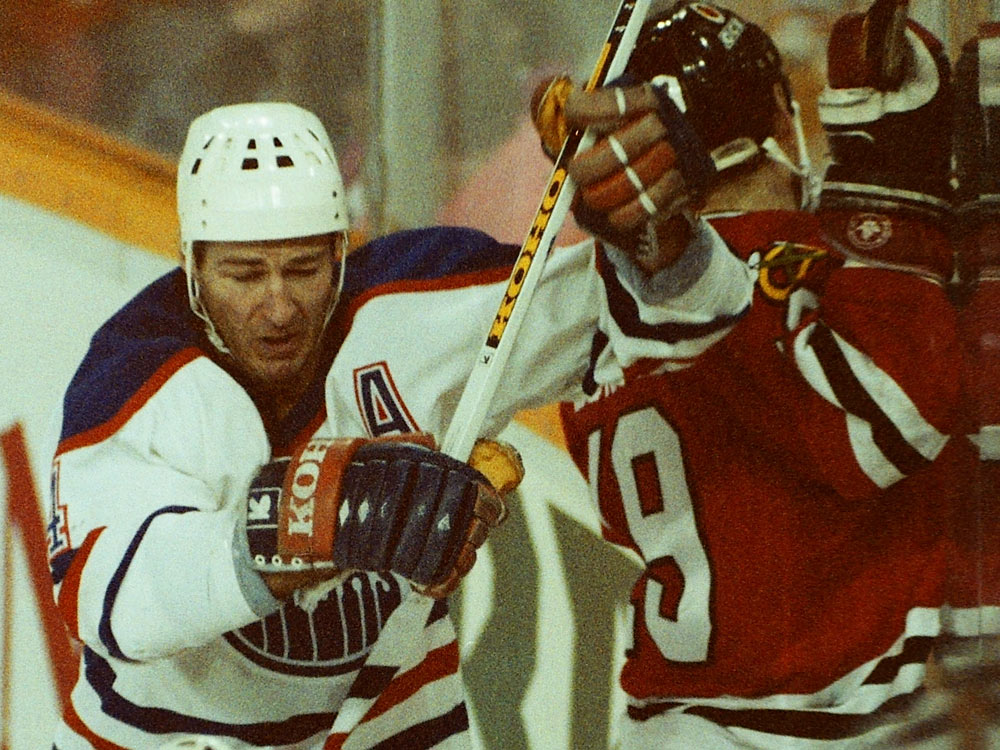 Edmonton vs Chicago: A Playoff History

On August 1st, the Oilers and Blackhawks will kick off their first playoff series against each other for the first time since 1992. The 2020 Qualifying Series matchup renews battles that have a long history going back over 30 years. Let’s take a look at the tangles between old foes, shall we?

The first matchup between two of the best teams that the Campbell Conference had to offer. Chicago and Edmonton both had 47 wins on the season and were among two of the highest-scoring teams in the league, with the Black Hawks* 4th in goals for (338) and Edmonton leading the league (424). There was plenty of firepower with names like Gretzky, Messier, Savard, Al Secord, and Doug Wilson but Chicago would dig themselves in a hole early in the series. Edmonton would take Game 1 8-4 and then follow that up with an 8-2 victory on the strength of four Glenn Anderson goals.

Chicago would keep things close, falling 3-2 in Game 3 but would be finished off in Game 4 in a 6-3 defeat as the Oilers would advance to the Stanley Cup Final for the first time in franchise history.

*For historically accurate purposes I used “Black Hawks” for the 1983 Campbell Conference Finals. The name would not be returned back to the original name of “Blackhawks” until 1986.

Just two seasons later Chicago would look to get some revenge on the Oilers…which didn’t happen but hey at least this time they took two games off the defending champs! In the biggest example “the 1980s NHL scoring was wild” the aggregate goal total was Edmonton: 35, Chicago: 25. The Oilers absolutely exploded to the tune of an 11-2 win in Game 1, followed by a 7-3 thrashing in Game 2. Chicago would battle back to tie the series up with wins in Game 3 and 4 at Chicago Stadium before the orange and blue would dash the dreams of a massive upset with Game 5 and 6 wins back at Northlands Coliseum.

This series would also have a hilarious interaction in Game 5 where Chicago’s Denis Savard and Oilers bench boss Glen Sather would have a verbal altercation during a stoppage in play. The reason for this? There were hard feelings after Sather cut Savard from the Canadian 1984 Canada Cup squad at training camp. In the video, they were not ready to let bygones be bygones quite yet.

Five years would pass before we would get a trilogy between these two squads but just like the prior two matchups, Edmonton would stop Chicago from a trip to play for Lord Stanley. The Oilers sans 99 would dispatch Chicago in six games in a series that was relatively low scoring compared to the prior two. Edmonton wouldn’t score more than five goals until Game 6 where they’d end the Blackhawks season with an 8-4 victory. Three points would from Glenn Anderson and one of the young studs, Adam Graves would add two more. 1990 would also be the coming-out party for Bill Ranford as he’d ride the postseason success in between the pipes to a 16-6 mark, a 2.53 GAA, and the Conn Smythe Trophy.

The most recent matchup between these two teams in the playoffs and the only series that would go Chicago’s way!

In 1992, the Oilers’ teardown of the dynasty was almost complete. The majority of the Oiler icons had been traded away, names like Gretzky, Messier, Fuhr, Kurri had been replaced with the likes of Bernie Nicholls and Vincent Damphousse. There were still familiar names on the roster like the new captain Kevin Lowe, Craig MacTavish, Kelly Buchberger, and Bill Ranford but it was clear that this wasn’t the same juggernaut.

Edmonton, in 1991-92 would make a surprising run to the Campbell Conference Finals. In 1992 though, they’d be on the receiving end of running into a brick wall. The 1991-92 Blackhawks were led by a young Jeremy Roenick coming off 53 goals and 103 points in the regular season as well as co-stars in the form of Steve Larmer (74 points) and Chris Chelios who the following season would win the second of this three Norris Trophies.

The Oilers would be overwhelmed in Game 1, falling 8-2 and dropping Game 2, 4-2 before things went back home to Edmonton for Games 3 and 4. A Brian Glynn goal in the third to make it a 3-3 game would send this one off to OT. In the extra frame, Roenick would score less than three minutes in to put the Oilers into a 0-3 hole in the series. Chicago in Game 4 would slam the window shut on the Oilers winning ways in the 80s and 90s with a 5-1 victory sending them to the Cup Final for the first time since 1973.

A new chapter in this series will be written in just a few weeks with the likes of McDavid, Draisaitl, Toews, and DeBrincat, and we’ll see if it can have as much flash as what the prior generation had the pleasure of watching.