Three Hits And One Giant Fan 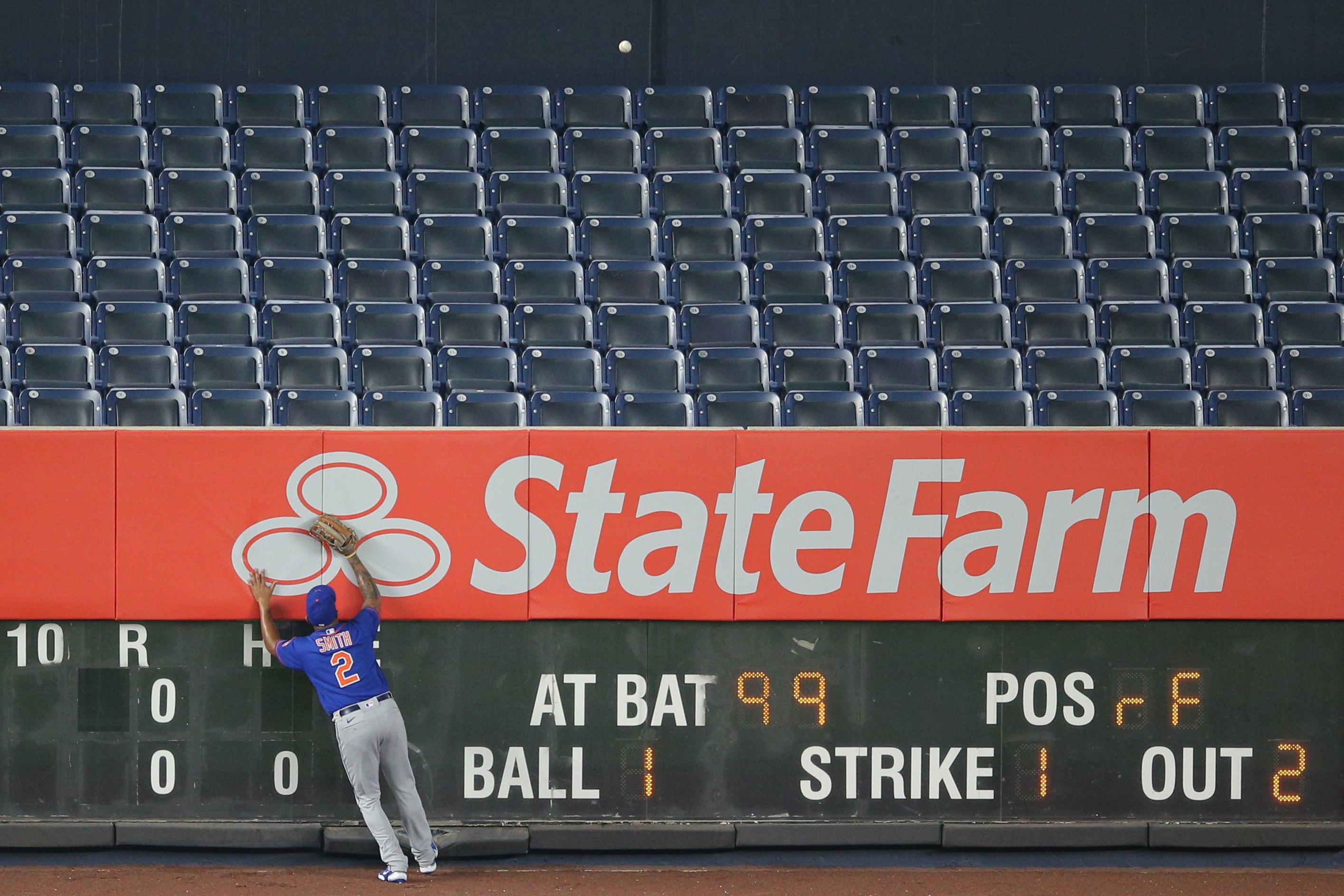 Three Hits And One Giant Fan

Tonight was the second of a home and home against the Yankees to finish off Summer Camp, and all I have to say is that thank goodness that the Mets only have to play the Yankees four times this season due to the pandemic.

Wait, they’re playing them six times so that Rob Manfred can get more advertising dollars for the league? Oh great! (Looks up Nationals schedule … oh good, they have six with the Orioles! /drinks bleach)

If these two games that didn’t count are a pre-tense to the ones that will count, then the Mets might be in trouble for six games instead of four. The Yanks blasted home runs all over the place against Mets pitching, most of which off pitchers who aren’t really expected to play major roles in the team’s success this season (Corey Oswalt, Drew Smith, Chasen Shreve). Hunter Strickland got out of a jam in the fourth, coming in with two runners on and nobody out, so that was encouraging. And Seth Lugo pitched two dominant innings, though only one of them counted as the second one was the bottom of the 9th with the Yankees up 6-0. It would have been so Mets to lose a pitcher like Seth Lugo to injury while pitching in a bottom of the 9th inning which technically was never played. So if you hear the letters M, R, and I in the morning, you’ll know what happened.

Lu At least one fan will make noise at Citi Field. (SNY)

I would have more of a review on the faux crowd noise at Yankee Stadium, but it was drowned out by sounds of rattlesnakes, which would have made sense if it actually came from Yankee Stadium. But the noise, in fact, eminated from a giant fan at Citi Field that Jeffy felt the need to have turned on from 7:00-8:00 and annoy everybody. No rain all day, nobody in the park, let’s fan the field and interfere with the game audio. Way to go. Also, sometime during the middle of the game, the cheapos turned off all the lights except the ones in the bullpen. I just hope they left the elevators on so that Gary, Keith and Ron could leave the building.

Also, in the 6-0 loss, the Mets got three hits. Two of them belonged to Amed Rosario. Combine that with the six no-hit innings that Jacob deGrom threw in a simulated game today, the Mets outside of Rosario had one hit in 15 innings of baseball. It’s going to be a glorious season.