The Hot Hand Stays Hot, The Cold Hand Heats Up, And deGrom Gives Up A Rouge 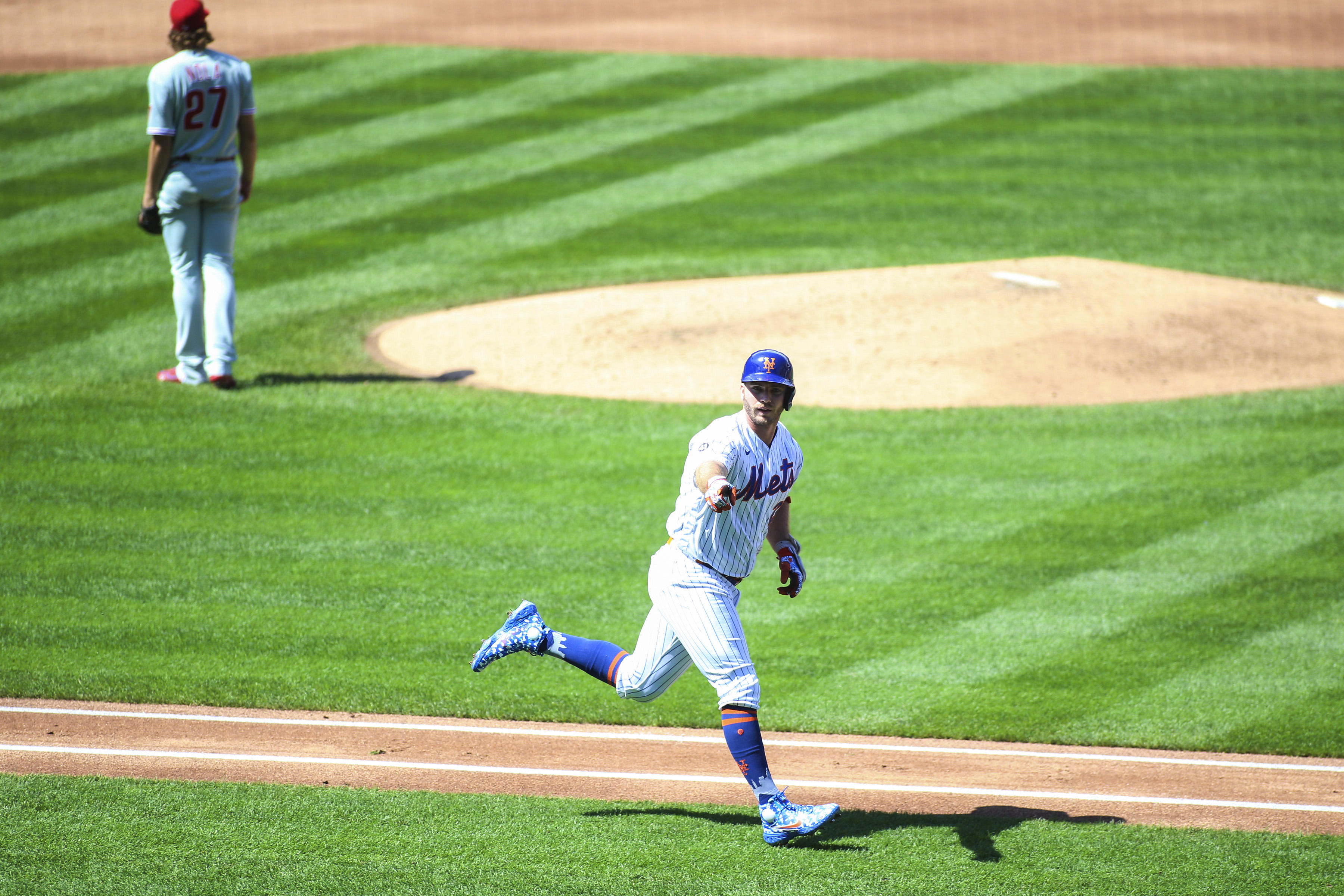 The Hot Hand Stays Hot, The Cold Hand Heats Up, And deGrom Gives Up A Rouge

The big “controversy” in Mets land these days is Amed Rosario sitting for an extended stretch of time, as Andres Gimenez started his third straight game at shortstop today. For me, it was easy to figure out as it was all about eliminating as many players who have struggled against Aaron Nola as possible while putting the best possible defense on the field. While you can’t eliminate all of them (Michael Conforto was hitting .172 against Nola but no way would I have benched him), Rosario was hitting .192 career against him with no homers or runs batted in. So getting another lefty bat in the lineup who could play good defense was paramount.

After Jacob deGrom gave up a fluke home run to Andrew Knapp (that’s baseball, Suzyn), Pete Alonso hit a soul crusher off the facing of the second tank in the 2nd to give the Mets the lead for good at 2-1. Then the fourth was where the Mets took control. Nola, Didi Gregorius, and Alec Bohm botched up a rundown to put runners on second and third with nobody out. It led to a two unearned runs, although you can say that Gimenez earned every bit of his two run single to give the Mets a 4-1 lead, and that was pretty much that. But the fact that Gimenez not only drove in two runs but did so off of Nola? Let’s just say I’m staring to wonder if Rosario enjoys Cleveland this time of year. 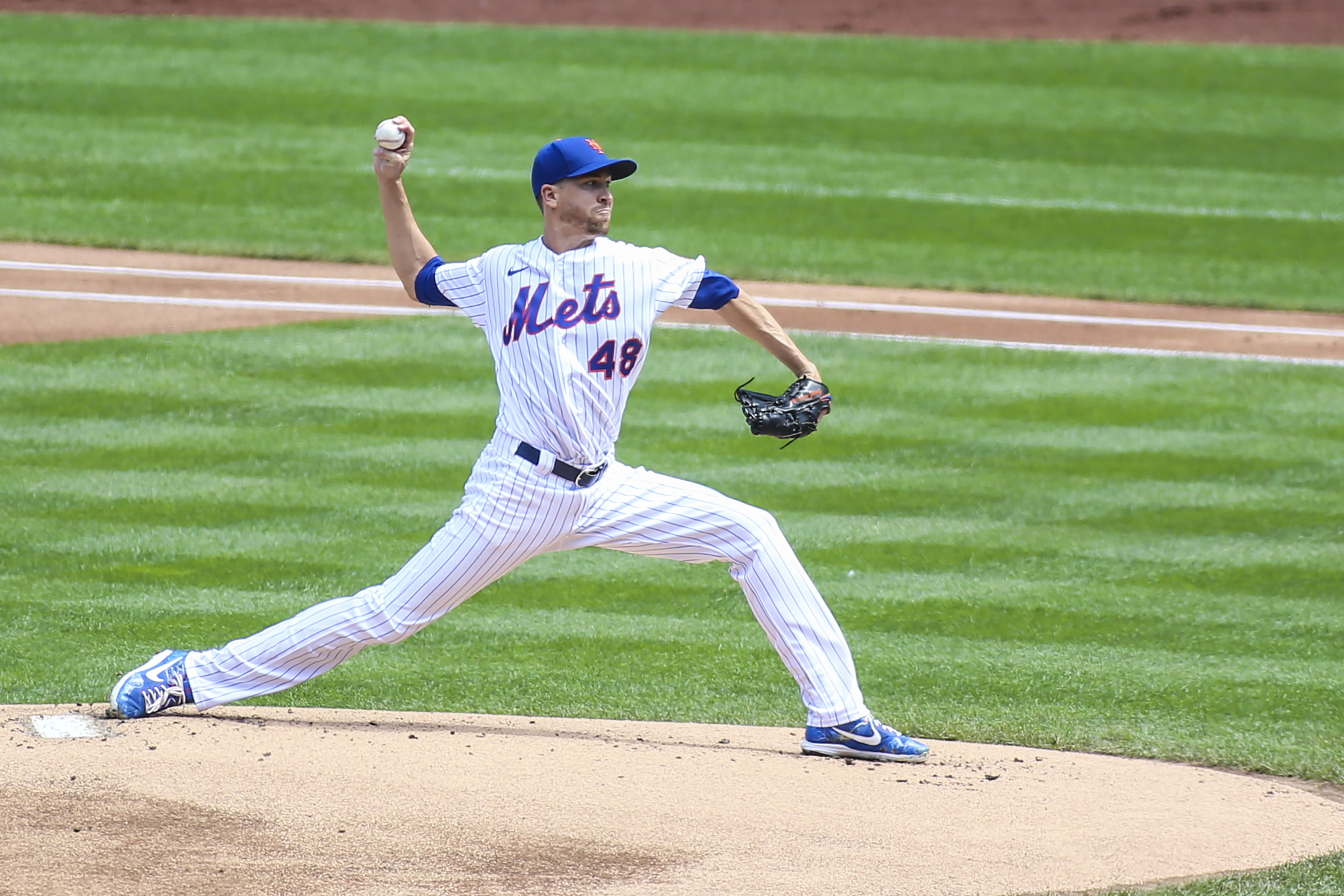 Alonso, for his part, had three hits including that home run, another home run in garbage time in the 8th and a double. (That hitch in his swing seems to have been downgraded to a small hump.) Jeff McNeil hit his first home run of the year which put the final nail in Nola’s outing, and Brandon Nimmo hit a trans-continental off Heath Hembree to put the game away at 7-1. deGrom, who isn’t used to such a bounty, was once again stellar, going seven innings striking out 12 and walking two in 108 pitches. His 35 swings and misses were the most in an MLB game since 2016, which speaks to how many sliders deGrom threw and how well he threw most of them. And his seven innings saved the bullpen which will probably be pressed into service as David Peterson faces Zack Wheeler on the Labor Day wraparound.

Dom Smith put the finishing touch on the afternoon with a two run double for his fourth hit of the day to make it 9-1, and the Mets would finally have a feast at the Phillies’ bullpen’s expense for a 14-1 victory which ensured that Knapp’s home run only turned out to be a CFL rouge, that deGrom will probably ask his teammates to save some for his next start, and that Keith can get home in time for steaks on the grill and the good bottle of wine. Beat Wheeler tomorrow, and you can start talking about a path to the playoffs. Lose to Wheeler, and expect more Brodie jokes and get ready for the ignominy of falling out of the playoff race at the hands of the Orioles and the Buffalo Blue Jays.