How A Glutton Learns Portion Control 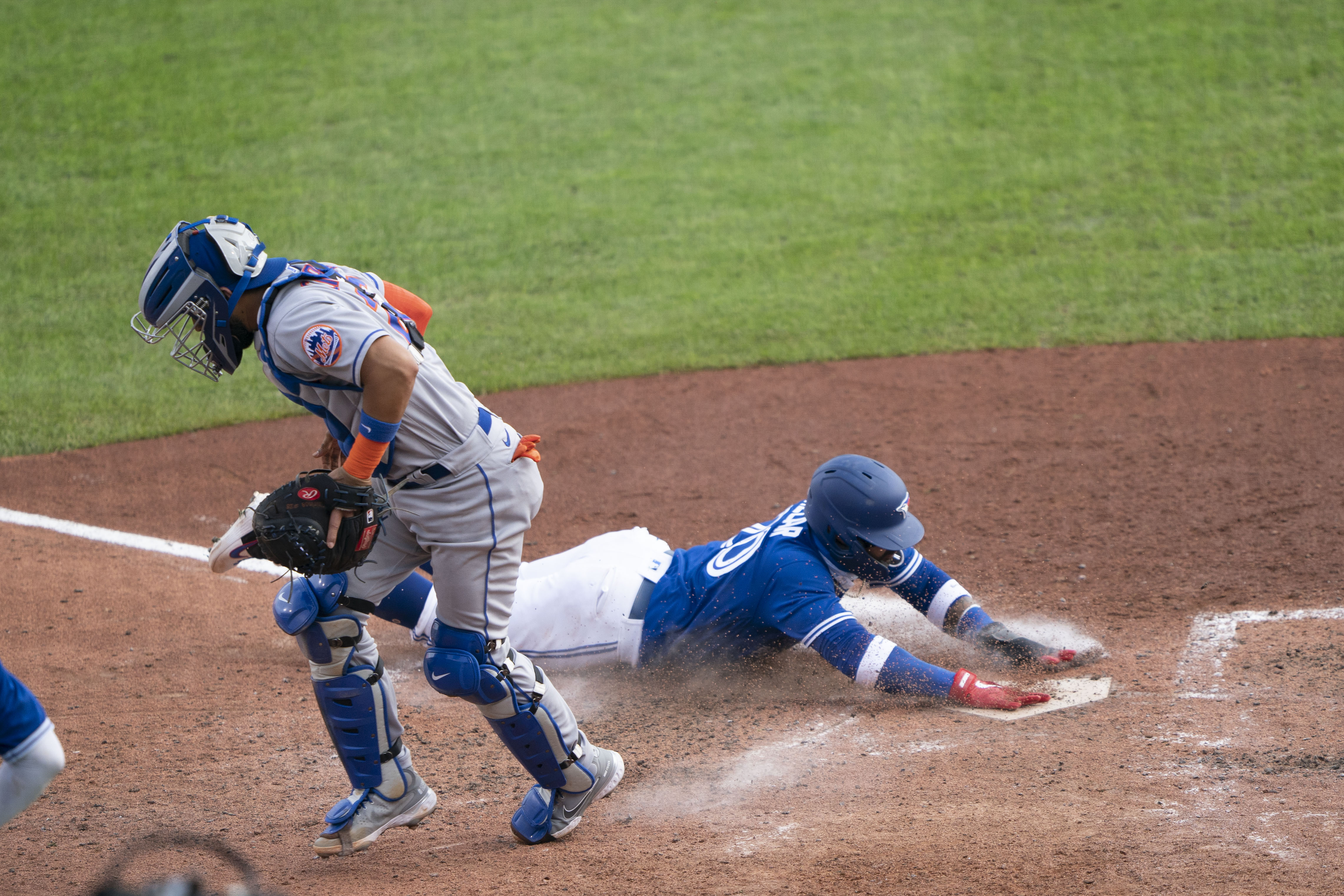 How A Glutton Learns Portion Control

So what was that I said about not having a consistent plan?

One day after Luis Rojas kept Seth Lugo in for the sixth inning after he labored through a tough 25 pitch fifth inning, Rojas reversed course and pulled David Peterson who was at 81 pitches, one less than Lugo was, but had just thrown a nine pitch fifth inning. So we keep pitchers in who are limping along but pull pitchers who are finding themselves. I’m sure the decision was already made after the 4th inning as Brad Brach was warming up to start the fifth. But the juxtaposition makes me want to stick my face in lye.

Much like trying to hide a bad fielder, when you make a questionable decision with your pitching, the ball will find you. And the ball found Brach and Jared Hughes … or should I say “ball four”. Brach walked the first three hitters he faced (although I thought Lourdes Gurriel went around on the 1-2 pitch), and Jared Hughes sent a run home by walking Jonathan Villar … which takes work … with the bases loaded to make it 3-1 Jays. Then after Travis Shaw struck out, Santiago Espinal cleared the bases with a three run double to make it 6-1 and put the game out of reach. Danny Jansen finished it off by looping a single to center to make it 7-1 to put a capper on an inning that seemed like watching Jeff McNeil’s gastrointestinal issues in real time.

I can’t defend Rojas on this one. Make a mistake by leaving a pitcher in too long, which Rojas had done a lot this season, and it could be because of some sort of organizational tenet which is a reminder that Terry Collins is still with the organization. But to make the opposite mistake the next day, well that’s just a matter of “look Looie, I don’t know what the f*** you’re doing anymore.”

But that’s not to absolve Brach of losing the strike zone. He was upset at Chad Fairchild on some of those pitches. But sorry, Brad. You can’t complain about not getting the calls when you throw four strikes out of 16 pitches.

Everything else was anecdotal. Brandon Nimmo looking like Willie Mays (fron 1973), Todd Frazier idiotically getting thrown out wandering off third base after the first run of the game, and later getting challenged for blocking a throw (which is funny if you’re a purveyor of the social media), and the Mets somehow only scoring one run on eight hits through the first four innings. But mostly, I’m proud of myself for sticking with this game until the end even though I was watching on DVR delay and I kinda had a hint that it was going to be a disaster. But fear not for my emotional well being, because I didn’t watch one play of today’s Jets game (also a loss in the Buffalo area) so while I’m a glutton for punishment, I’m finally learning portion control.