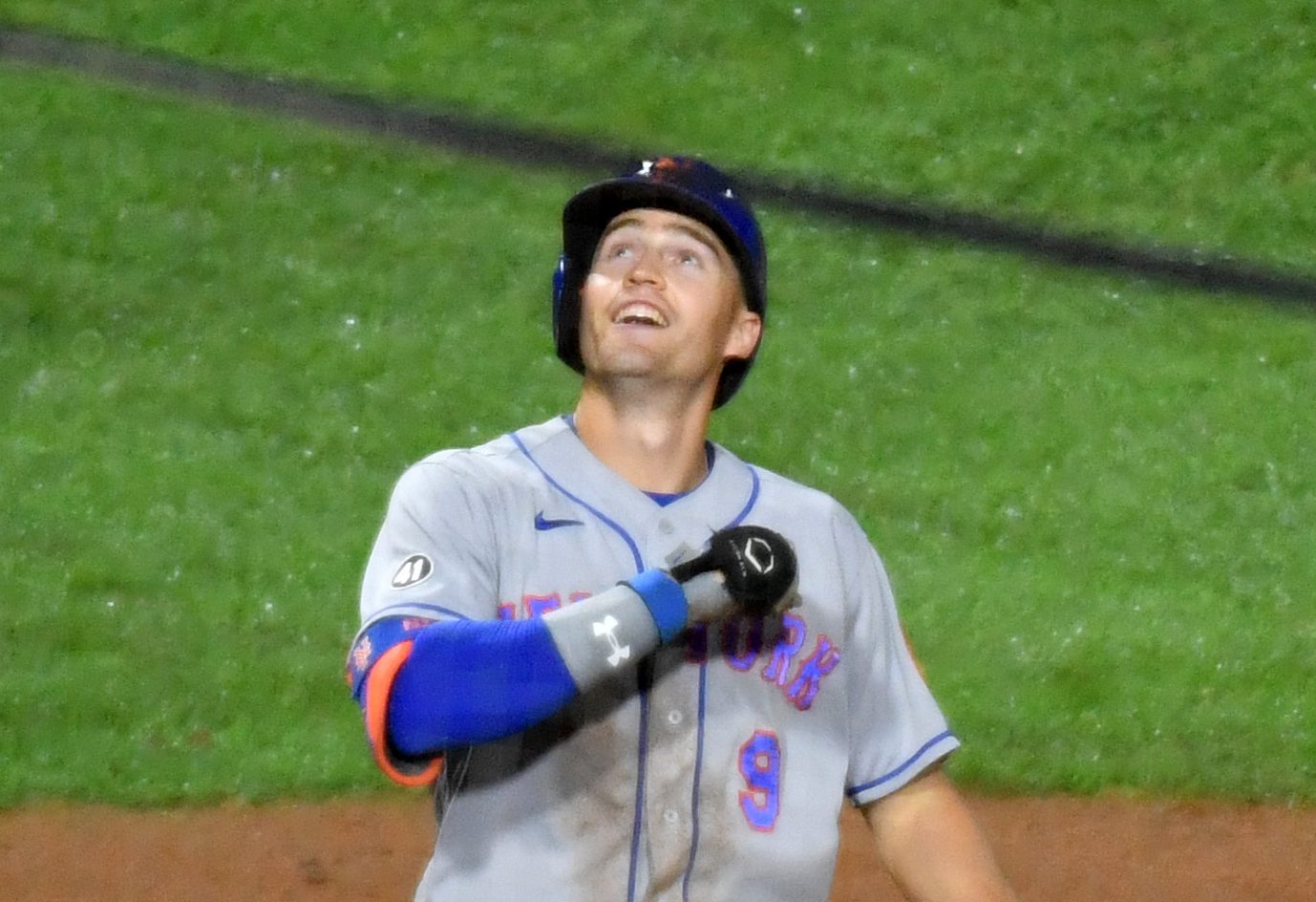 First off, who expected the Mets to jump out to a 3-0 off Aaron Nola, who was not his dominant self?

Then, who expected Seth Lugo to lose the lead not only so quickly, but so forcefully? The Phillies played pinball with Lugo as Bryce Harper, Alec Bohm, and Didi Gregorius all reached the seats to tie the game at 3-3 before Jean Segura tripled and scored to make it 4-3. The thing that struck me about Lugo was that he was throwing nothing but fastballs. The guy has a full arsenal of pitches but he was trying to mow through the Phillies’ lineup first time through with fastballs?

It makes you wonder if this was an injury thing, or a pitch tipping thing, but to me it was purely an attempt at game planning gone awry. Did Lugo see Zack Wheeler mow the Mets down first time through the order on only fastballs? Was this something Lugo wanted to try as he navigates his transition to being a starter? Was this a game plan with more of next season in mind? What went into this? Also, the fastballs themselves lacked zip. Lugo can go upper 90’s, so why was he topping out at 93? Was this another attempt to try to pace himself to pitch longer and peak later? Or was this just a situation where Lugo just flat out didn’t have it? Because if he didn’t have it, sticking with fastballs just made it worse.

Lugo’s night ended after another homer to Harper (which I think whizzed by my apartment) and another key hit by Segura made it 6-3 in the second. From then on, Erasmo Ramirez and Chasen Shreve did the heavy lifting in keeping the Phillies off the board the rest of the evening, while Pete Alonso (solo HR) and Brandon Nimmo (two run triple) brought the Mets back square at 6-6 in the 6th.

Then, after Jeurys Familia and Justin Wilson danced around trouble in the 7th and 8th, the Mets brought you something else you’ve never seen before: Brandon Nimmo pimping a home run:

In case you were wondering, Brandon Nimmo took 19.4 seconds to round the bases on his go-ahead homer tonight — tied for the longest trot of his career. (Relatively speaking, it was still very quick.)

Nimmo on his uncharacteristic stare-down is worth the price of admission: pic.twitter.com/o7erYjK37p

And that, my friend, is 2020 for you. Brandon Nimmo taking 19.4 seconds to round the bases. But if Brandon Nimmo is pimping homers, you know they’re not wall scrapers, and this one landed in the second deck so if anyone has earned the right to pimp out, it’s Brandon Nimmo. 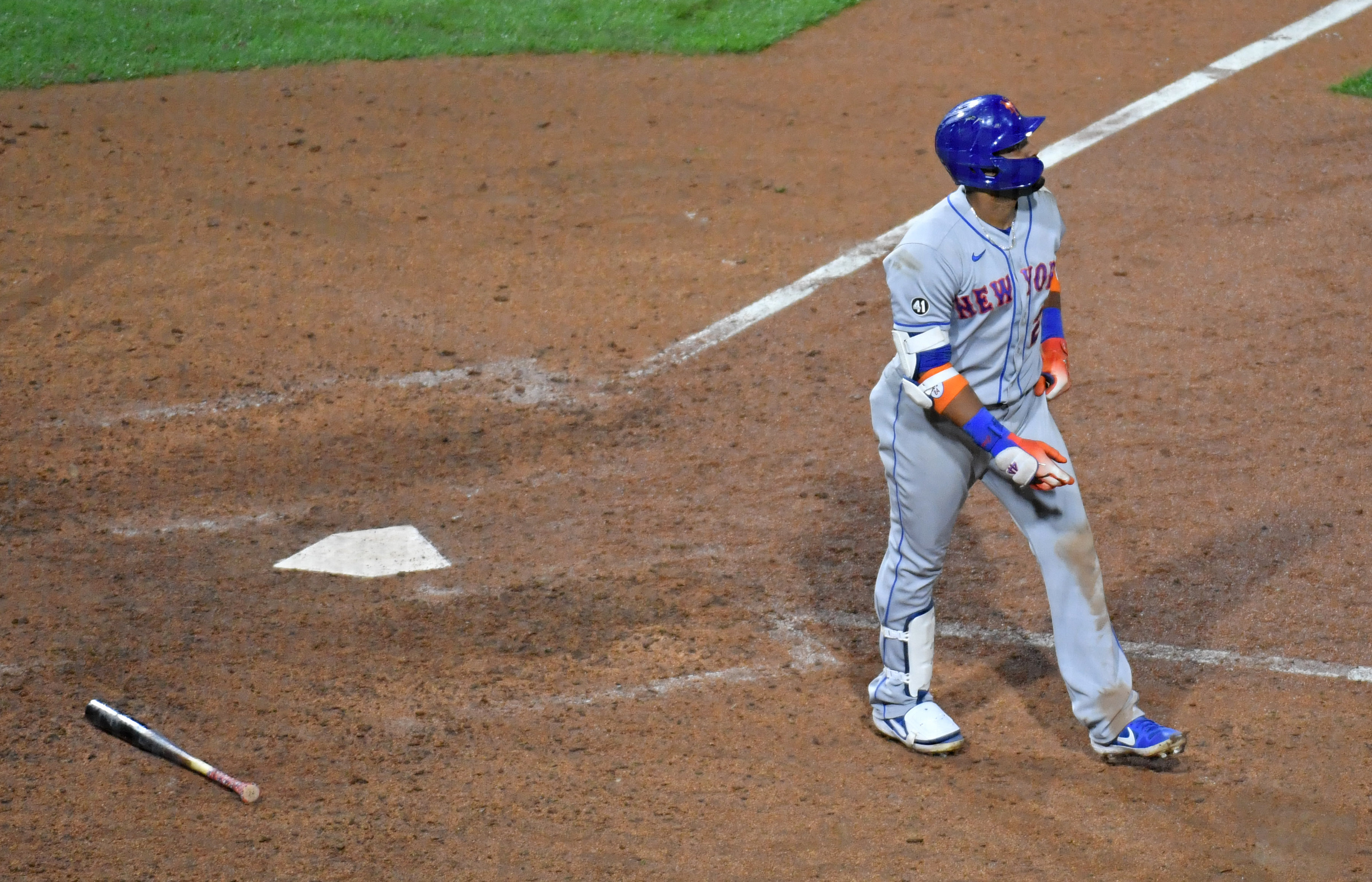 After a Dom Smith triple to make it 8-6, Robinson Cano pimped professionally as he smashed one to Lancaster (pronounced: LANG-cstr) to make it 10-6 and put the game out of reach except for the pesky fact that Edwin Diaz was pitching with zero control and walked Chipper Knapp, hit Adam Haseley and walked Mickey Moniak to bring the tying run to the plate in Andrew McCutchen. I mean, seriously: Diaz had a four run lead and the bottom of the order and still took us through the worst acid trip the Beatles have ever had to get to the end of the game unscathed.

But somehow, he got us to the end of the game unscathed and just like Wednesday night, the Mets had themselves a comeback victory where one of their better starters couldn’t give them six outs. As a result, the Mets stand a mere two games behind the spot which would give them the right to be pummeled by the Dodgers. Just like last night, I give the Mets a lot of credit for taking two days of challenges and not folding like cheap suits. It’s something they should feel good about, and it’s something that new leadership can consider when they go about their house cleaning, at least when it comes to the 26 man roster.

I can’t believe I’m even entertaining the thought, but if the Mets can somehow get to September 24th in one piece, they have four against the Nationals while the two teams ahead of them (St. Louis and Milwaukee) will be beating each other up while the Phillies are dealing with Tampa. But until then, the Mets have Atlanta and Tampa while the Phillies have Toronto and Washington, the Cardinals have Pittsburgh and Kansas City, while the Brewers have Kansas City and Cincinnati. And they’ll have to make up a game by that date with a compromised Jacob deGrom, a shaky Lugo, and a huge question mark in Steven Matz who goes later today against the Braves.

Apologies to the sunny sides of your personalities, but I wouldn’t be making any concrete plans for pandemic playoff parties.