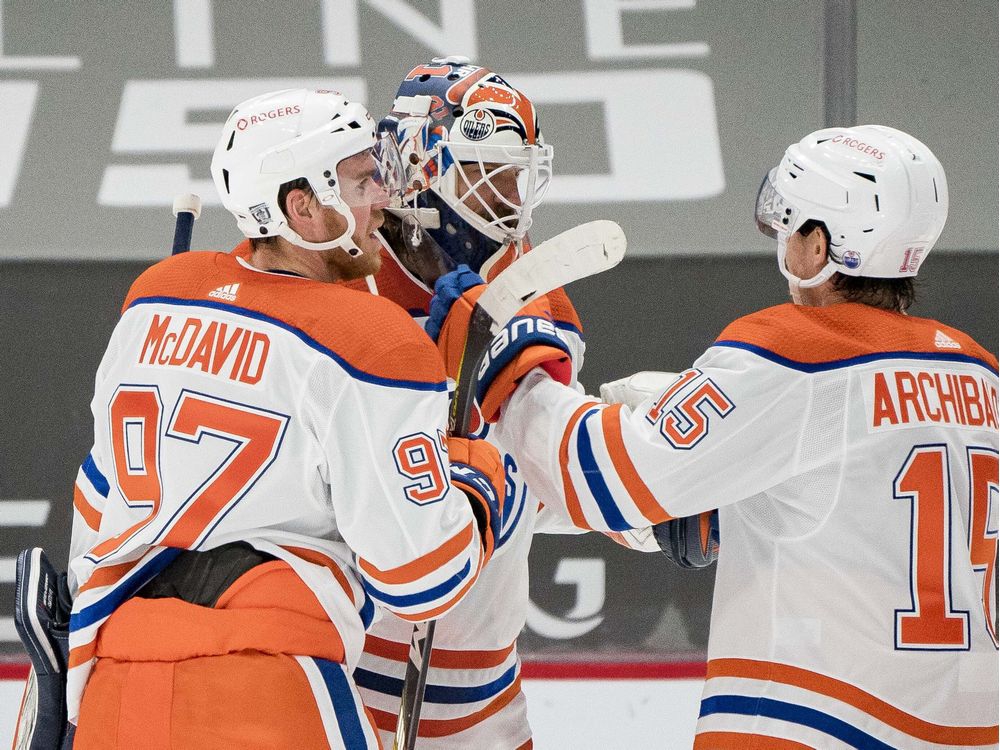 Not many people believed the Edmonton Oilers could manage a single point, let alone two, when they fell behind 3-0 to the Vancouver Canucks in the first period of Tuesday night’s game. The most important people, the Oilers, were among the ‘not many’ who did believe, however. Not only did the Oilers win by scoring four straight goals, but they did it in regulation. It was the kind of victory that can spark a team.

The Oilers, now 10-2-0 in their last twelve games, have a certain swagger about them. No matter the situation, no matter the style of game being played, they believe they can win. Tuesday night was absolutely no exception.

“After the second, we were talking in the locker room that if we keep getting the pucks to the net and play our game we were going to turn this game around, and it worked well,” Dominik Kahun said after the victory. “It was a very special comeback (Tuesday) and we’re very proud.”

Kahun had arguably his best game as a member of the Oilers. Signed late in the off-season, Kahun doubled his goal total with the Oilers in the win when he registered his first multi-goal game. His goal at the end of the first period gave the club a little hope. His goal at the start of the third period sparked the powder keg.

Kahun wasn’t alone in the heroics. Veteran goaltender Mike Smith was poor, at best, in the first period. He locked it down in the final forty minutes, however. The turning point of the night very well may have been his stop on Canucks’ pest Antoine Roussel, who broke in shorthanded after some miscommunication by the Oilers.

“I’d been in a lot of these games where it can go one of two ways, and I didn’t want it to go the wrong way,” Smith said when asked about the mindset of not just himself, but the group. “I told myself, ‘Let’s just try to keep this team in the game. I know we can score goals and I know we can play a lot better than we did in the first.’ We showed that and we got a massive, massive two points.”

In previous years, the Oilers very likely would have folded down 3-0 and sulked to a lopsided loss. Not on Tuesday night. Not this season. It was the second time in eight days where the Oilers fell behind by multiple goals and rallied to at least tie the game at one point in time.

The ability to pick themselves up off the mat and compete is a sign of the maturity that this group is developing.

“All the players talked about after the second period was let’s make the third period our best period of the game and see what happens,” Head Coach Dave Tippett said. “We went out and played a strong third period. I give our guys a lot of credit for hanging around the game.”