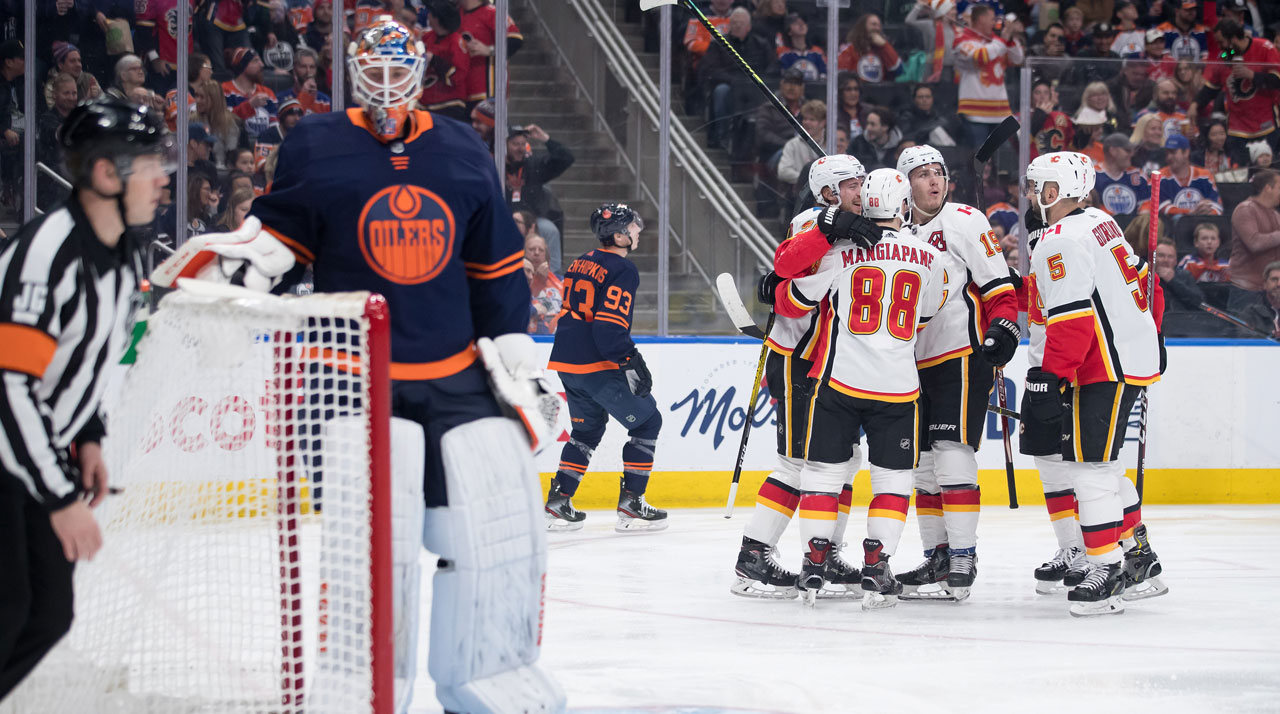 The Edmonton Oilers started their road trip with a 2-0-1 record. On Saturday night, however, the wheels finally came off the train. The Oilers were never really in it as they dropped a 5-0 decision to the Calgary Flames in the latest installment of the ‘Battle of Alberta’.

It was Edmonton’s fourth road game in six days, against a Flames team well rested, hours after a memorial service for their late teammate and on the heels of a stretch where the Oilers were winning but not playing well. Combine it all together, and the result should be of no surprise.

“I was hoping we’d have some energy tonight, but it caught up with us,” Head Coach Dave Tippett said about the perfect storm of issues following the loss. “You hope your team pushes to new levels and finds ways to push through things, and you can never use excuses, but there’s times when you can tell your team just doesn’t have it and there’s not enough energy in the group, and tonight was one of those times.”

The Oilers were originally supposed to have Saturday night off after a Friday night game in Ottawa. Friday’s game was moved to Thursday night, and this game shoehorned into the schedule. Edmonton’s games on Monday and Wednesday against the Canucks were postponed.

Every team is dealing with change. It isn’t an excuse, but it’s certainly a reason for Edmonton’s sloppy performance.

“We were obviously not very good, but some days are a little bit more than just about hockey,” Connor McDavid told reporters postgame. “The performance wasn’t there tonight, but today was about Colby and his memorial. I don’t want to make excuses. We weren’t a good enough team. They were better than us. But I think you’re asking a lot from guys to sit through something like that, remember your teammate, see what their whole family is going through and expect to perform that night. It’s a hard day.”