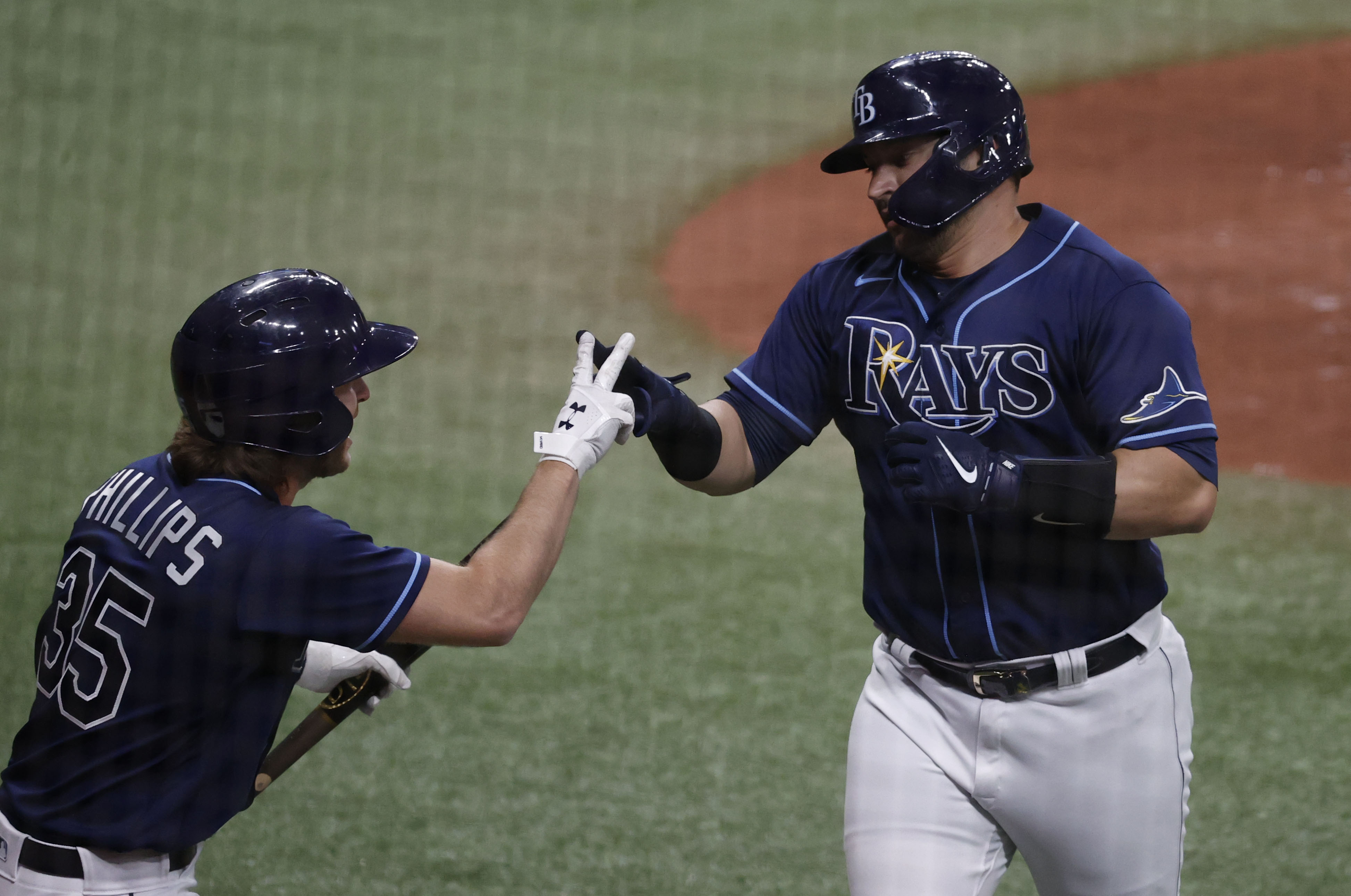 David Peterson struggled in the second inning, giving up a double to Yandy Diaz and walking two batters to load the bases with one out before striking out Kevin Padlo and Brett Phillips on sliders. Meanwhile, Tyler Glasnow was peak Tyler Glasnow, throwing a perfect game through four and 2/3’s and not lucking into anything. He was making the Mets look silly, in particular in the fifth when he struck out Pete Alonso on a slider and Dom Smith on a curve ball. The words “perfect game” were very much in play.

But then the worm turned. Kevin Pillar smacked an infield single to the hole in short, and that saved Jonathan Villar an at-bat. And while he didn’t exactly crush it (the ball landed in the front row), the swing came straight from the Ken Griffey collection, so Villar gets style points in addition to the Mets getting two runs to give themselves an improbable lead against a guy who was dealing.

But Peterson, after a shaky second inning, was dealing himself. He retired 17 straight batters, starting with those strikeouts of Padlo and Phillips, and ended the 7th at 83 pitches, so it made sense to send him out for the 8th with a 2-0 lead. The Mets got a little lucky in the 8th, as Peterson gave up a laser beam of a home run to Mike Zunino to make it a 2-1 game, and surprisingly the Mets didn’t have anyone up in the bullpen at that point to save Peterson, who had never made it to the 8th inning before in the majors. First hard hit (and that Zunino home run was hit hard), Peterson should have been gone. Also consider that earlier in the Zunino at bat he was throwing them high and away, a sure sign of fatigue.

The Mets got away with it initually as after Peterson gave up another hard hit … a double to Padlo, Brett Phillips was inexplicably sent up to bunt and struck out, giving Trevor May enough time to warm up. But it turned into a critical error in the end. May came in and got Randy Arozarena to ground out to third, albeit hit hard and it took a great play by Villar to get him (Villar had another excellent web gem earlier in the game), but Padlo wound up coming around to score as May threw a change up to Met killer Manny Margot, who lined it past Villar to score Padlo to tie the game. It was a tough at-bat, and maybe May, or the bench, thought that a change up would fool him. But it’s tough to get beat on your third best pitch nonetheless. So a pair of critical errors (not having a pitcher up to start the eighth, and getting beat on May’s third pitch) led to the tying run.

The ninth inning was a fait accompli after that. The Mets attempted a two out rally in the ninth after Pillar and Villar reached, but before I could tweet “be patient and look for a fastball”, James McCann swung at slop off the plate and grounded out harmlessly. Miguel Castro then came in for the ninth in a tie game, but after he loaded the bases on a walk to Brandon Lowe, a base hit to Willy Adames, and an intentional/unintentional walk to Zunino, Aaron Loup came in and struck out Joey Wendle for the second out. But Brett Phillips, in a moment that didn’t quite have the gravitas of game 4 of the World Series, singled to right to end the game. For Tampa, exhiliration. For the Mets? Look, the bullpen didn’t get it done, but did you really expect them to be perfect the rest of the season? Whatevs. But this game was winnable after getting to the Rays best pitcher. To let a great start by Peterson slip away on a decision not to have a reliever warm after the Zunino home run makes this loss rough to swallow. And a tough way to end a winning streak.

(Editor’s note: The picture above is a file photo of Zunino and Phillips from earlier in the season.)