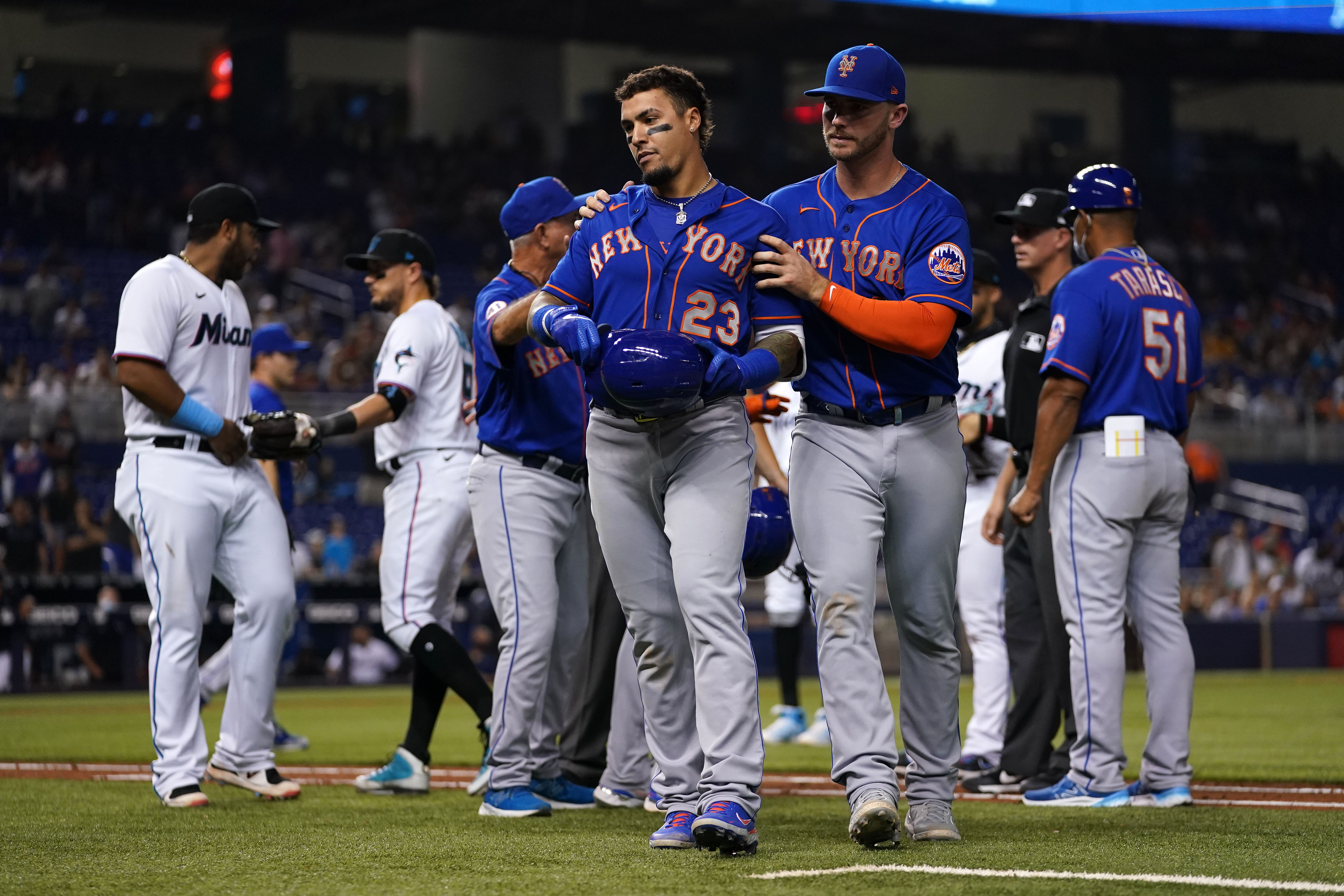 I had it planned to do a deep dive about Javy Báez’s runs above average against the slider, and comparing it to similar numbers put up by guys like Dom Smith and J.D. Davis. I was ready.

But this game made me sick so I scrapped it so that I could whine in this space.

After tonight’s loss to the Marlins, there’s no other way to put it: This team is in a bad way. They’ve lost five of six, and the last two against Miami. But more importantly than that, when you’re looking at the three aspects of the roster: offense, starting pitching, bullpen, there is only one of three that is clicking right now. That aspect being the bullpen doesn’t help when you’re constantly asked to protect deficits.

Taijuan Walker had another problematic outing, giving up four runs in five and 2/3’s innings. The good news is that he lasted five and 2/3’s after giving up three runs in the third inning, so he finished strong. The bad news is that he gave up two long balls to Alex Jackson and Isan Diaz, and a backbreaking two run single in the third to Bryan De La Cruz. The trick for the Mets now is trying to figure out if this is a case of Walker having a dead arm because of the amount of innings he’s throwing, or is it simply a case of missing location. And if it is overuse, is there anything the Mets can do about it with all of their depth being evaporated and no reinforcements to be had at the deadline? 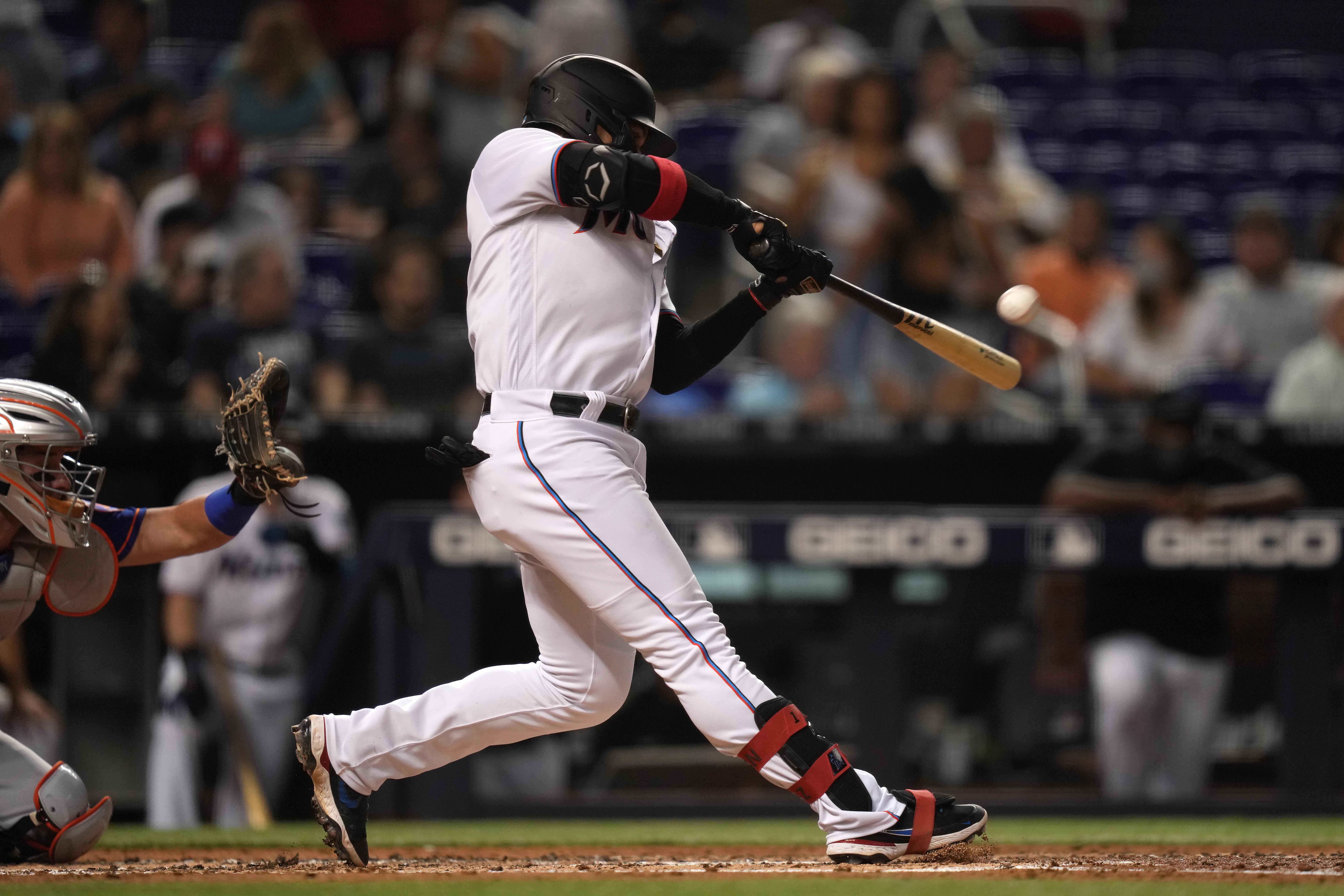 Then the offense, which has been underwhelming all year, and even when they score four runs like tonight it seems like there should have been more. Maybe that’s my hubris talking, or maybe I’m blinded by the amount of sliders on the outside corner that these Mets hitters are chasing (hence me looking at Fangraphs like I’m trying to discover the next prime number.) Now you can look at it in the positive light of: If Conforto doesn’t get robbed in the first base hole by the third baseman (stupid shift), then this game is most likely going to the 10th inning at least. But the flip side of that is: Why are we in death struggles against the Miami Marlins anyway? For the love of God, this was supposed to be the offense that rivaled some of the best offenses the Mets have had in history, but instead we’re on the other end of the longest outing of Nick Neidert’s career.

Then on a totally tertiary note, you had Luis Rojas getting ejected for the fourth time this season arguing balls and strikes, and Báez yelling at everybody and anybody after he hit himself on the head with his bat and then thought Richard Bleier was yelling at him. Maybe he was yelling at him. Bleier did have a run in with Aaron Judge last week so maybe he’s a trouble maker. The whole thing seemed bizarre, and that’s even against the standards of the two skirmishes involving Marcus Stroman this year. I mean, Javy hasn’t been here long enough to already be feeling the pressure of the Mets dropping like a stone.

All this, combined with Jacob deGrom’s lingering injury that will most likely keep him out until September, and the Phillies victory means that the Mets are only a game and a half in first place as of this moment with an increasingly huge series coming up in Philadelphia this Friday. It’s coming up on August 4th. The time for excuses and explanations is growing short. It’s time to hit. It’s time to pitch. It’s time to win.