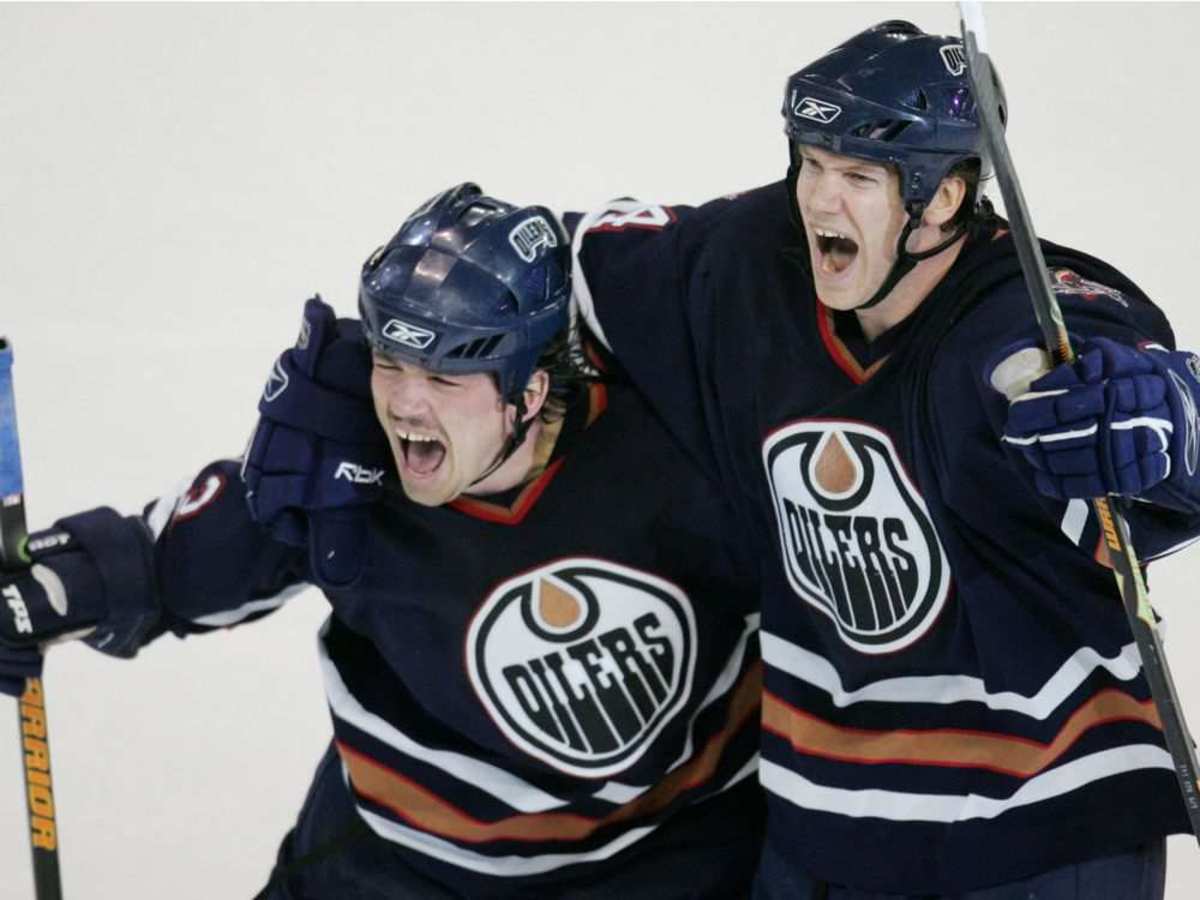 The Edmonton Oilers returned to Rexall Place on April 25th, 2006 for their first playoff home game since April 19th, 2003. The wait of just over three years was worth it, as fans were treated to a thriller between the underdog Oilers and powerhouse Red Wings.

Edmonton, on the strength of a Game 2 victory in Michigan, came home with all kinds of confidence and momentum. They used it early and often in Game 3, jumping out to a 1-0 lead just 4:17 into the game.

Jaroslav Spacek stepped in a shot from the point that beat Manny Legace to open the scoring. It was Spacek’s first of the playoffs, with Game 2 hero Brad Winchester and Ryan Smyth collecting the assists.

Detroit answered at 12:05, however, tying the game on the powerplay. Henrik Zetterberg, at this point emerging as a franchise piece for Detroit, scored his second of the series from Mathieu Schneider and Niklas Kronwall. The goal was a perfect deflection by Zetterberg to beat Dwayne Roloson.

Edmonton’s franchise face would check-in for the first time 4:35 later. Smyth collected a pass from Winchester behind the Red Wing goal, wrapped it around and tucked a backhander home for his first of the playoffs. The goal, scored at 16:38, gave Edmonton the lead at the first intermission.

In the second period, the Oilers were able to extend their lead. Chris Pronger blasted a shot from the point that hit Raffi Torres, fooling Legace to give Edmonton a 3-1 edge. The goal was Torres’ first of the playoffs, with Pronger getting the primary assist on the powerplay goal.

Things were looking great for Edmonton, who carried a 3-1 lead into the third period. A home victory and 2-1 series lead was there for the taking, but the Red Wings refused to go quietly into the night.

Zetterberg scored his second powerplay goal of the game and third goal of the series at 11:52 of the third period to cut the lead to 3-2. Less than a minute later, at 12:10, Schneider fired a one-timer home to even the score 3-3, eventually forcing overtime.

The first overtime, just like in Game 1, failed to produce a winner. It was off to the second overtime, where the Oilers would finally deliver the deathblow to the Red Wings.

Shawn Horcoff tried to jam a puck home at the side of the goal, but was denied by Legace. The rebound sat at the side of the net, and was collected in stride by Sergei Samsonov, who quickly swung around the net and tried to stuff home a wraparound. The attempt hit the stick of Kronwall, and leaked out to the slot.

There, Jarret Stoll found the puck, firing a backhand shot towards goal that squirted in to give Edmonton a dramatic 4-3 victory and a 2-1 lead in the series.

The Oilers would have a chance to gain a stranglehold two nights later back at Rexall Place, and had all of the momentum in the series. An upset was truly brewing.