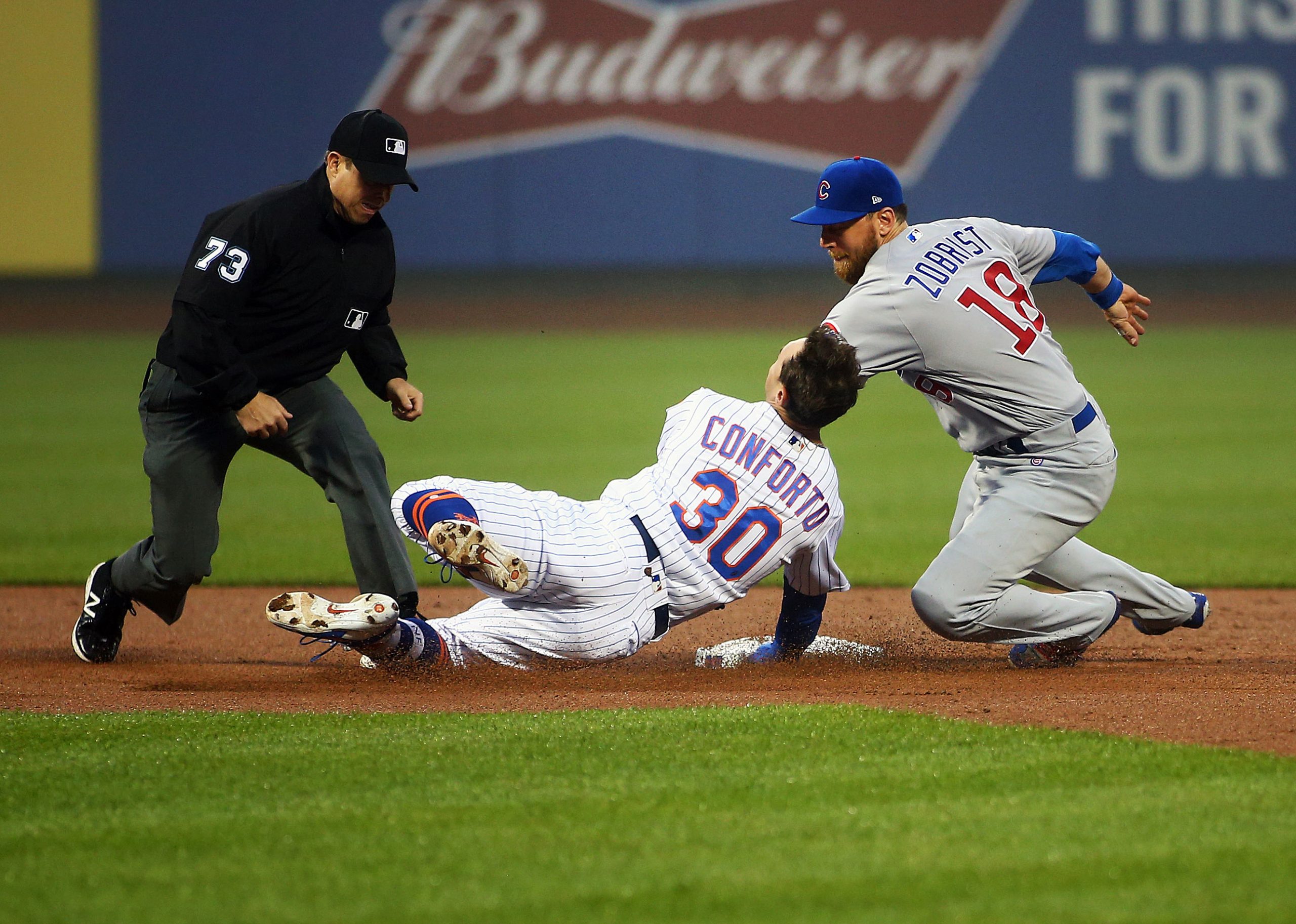 The Cubs will try to put their foot down on the Mets in this series after their 5-1 victory last night as the two teams are set to go again tonight at 7:10 PM in Flushing. Tonight is Michael Conforto replica jersey night if you’re on your way to the ballpark.

Also, you probably know that this is a very special anniversary for the Mets. On this date in Mets history, J.J. Putz couldn’t get an out in the 8th inning against the Pirates and they scored five runs in that inning to beat the Mets 8-5. Adam LaRoche had three hits, Andy LaRoche had three RBI, and somewhere a third LaRoche brother set a Wilson Valdez baseball card on fire. (Valdez had an error in this game.) Also on this date, Mike Draper blew a 1-0 lead for Anthony Young by giving up three runs in the 8th, and Mike Maddux gave up five runs in an inning and two thirds as the Mets lost 8-3 to the Cubs in Wrigley Field. Randy Myers earned a save that day for Chicago.

Gee, if only there was a game in Mets history on June 1st where they didn’t have to go to the bullpen.

Television Coverage: It’s SNY’s gig tonight, or NBC Sports Chicago if you’re at Ditka’s screaming “Da Bears” at the top of your lungs while pretending you’re George Wendt on Saturday Night Live. The game is also on YouTubeTV to make it easier to switch between this and cat videos.

Radio Coverage: 710 WOR or ESPN Deportes 1050 herem 670 The Score there. And there are a bunch of Mets fan transplants in Chicago who desperately need this information. (I know this because I took the Red Line with all of them back from Comiskey Park in 2013.)

Zack Wheeler goes for the Mets tonight as he brings his 2-4 record and 5.40 ERA to the mound. The last time I wrote a game preview, Wheeler was 2-2 with a 5.03 ERA. I’ve obviously ruined him.

Tyler Chatwood goes for the Cubs tonight. Chatwood is 3-4 with a 4.10 ERA. Chatwood was signed as a free agent by the Cubs even though he went 8-15 with a 4.69 ERA last season with the Rockies. His ERA predictably went down after escaping Coors Field, but his WHIP has skyrocketed to 1.76. Obviously, Chatwood will pitch a three-hitter tonight.

For the Mets, Devin Mesoraco bats cleanup while Amed Rosario is in the ninth spot.

Meanwhile for Chicago, Ian Happ and Kyle Schwarber are out, Addison Russell and Albert Almora Jr. are in, and Chris Gimenez catches Chatwood.

Here is tonight's #Cubs lineup for your analysis. #EverybodyIn