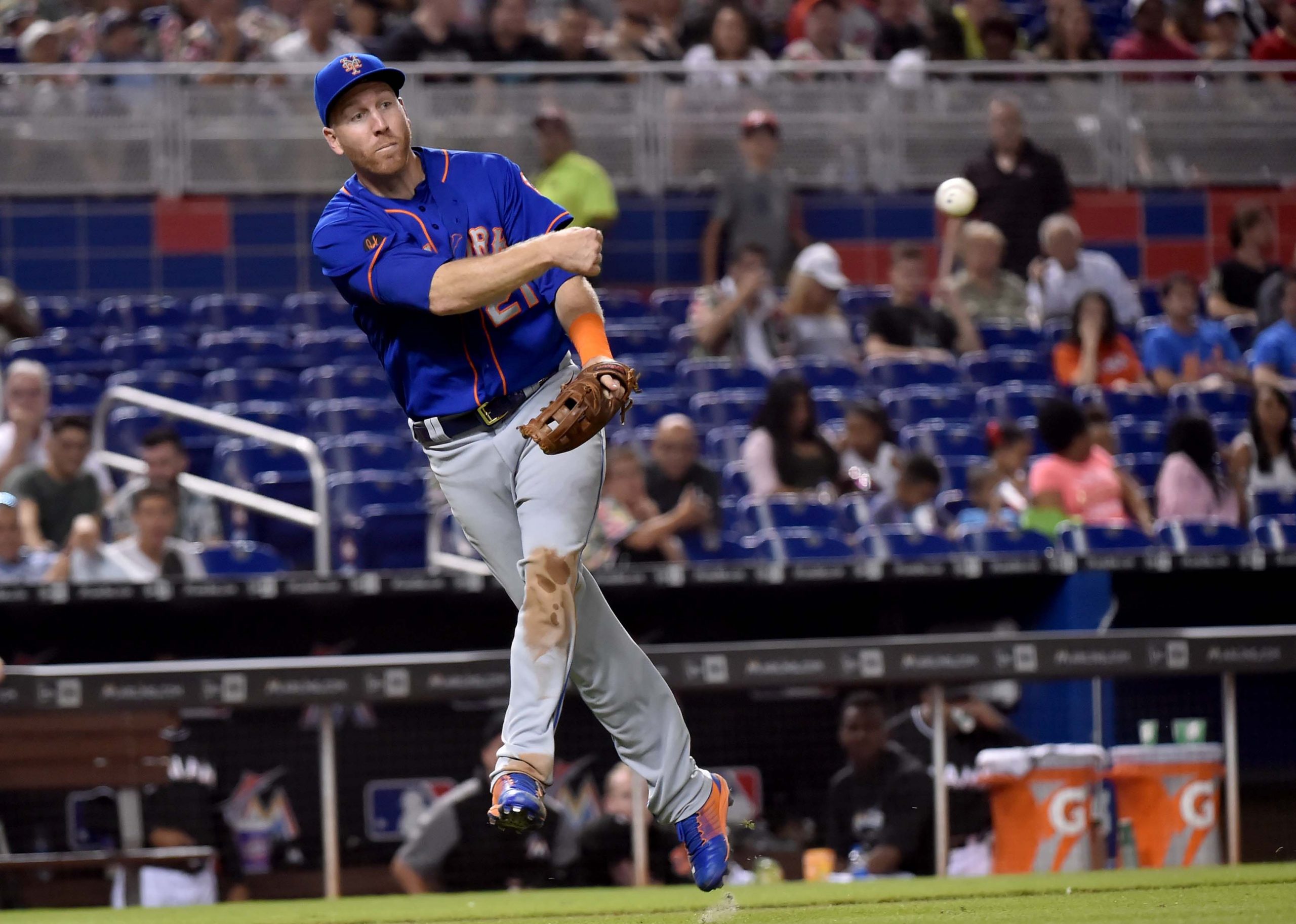 In what has become basically an annual occurrence, the New York Mets (48-66) lost to the Miami Marlins (48-70) in walk off fashion last night. The two teams have now split the first two games of their weekend series, leaving the pivotal rubber game up for grabs today. First pitch for the finale of the three game set is scheduled for 1:10 pm at Marlins Park.

The Mets will send right hander Noah Syndergaard (7-2, 3.17 ERA) to the mound today. Syndergaard was a bit off on Monday night, giving up four runs in 6.1 innings against the Cincinnati Reds, but was still able to pick up his seventh win of the year thanks to some solid run support from the Mets’ offense. The Marlins will counter with veteran lefty Wei-Yin Chen (4-8, 5.48 ERA). Chen was good his last time out, tossing 5.1 shutout innings against the St. Louis Cardinals on Monday to pick up his fourth win of the year.