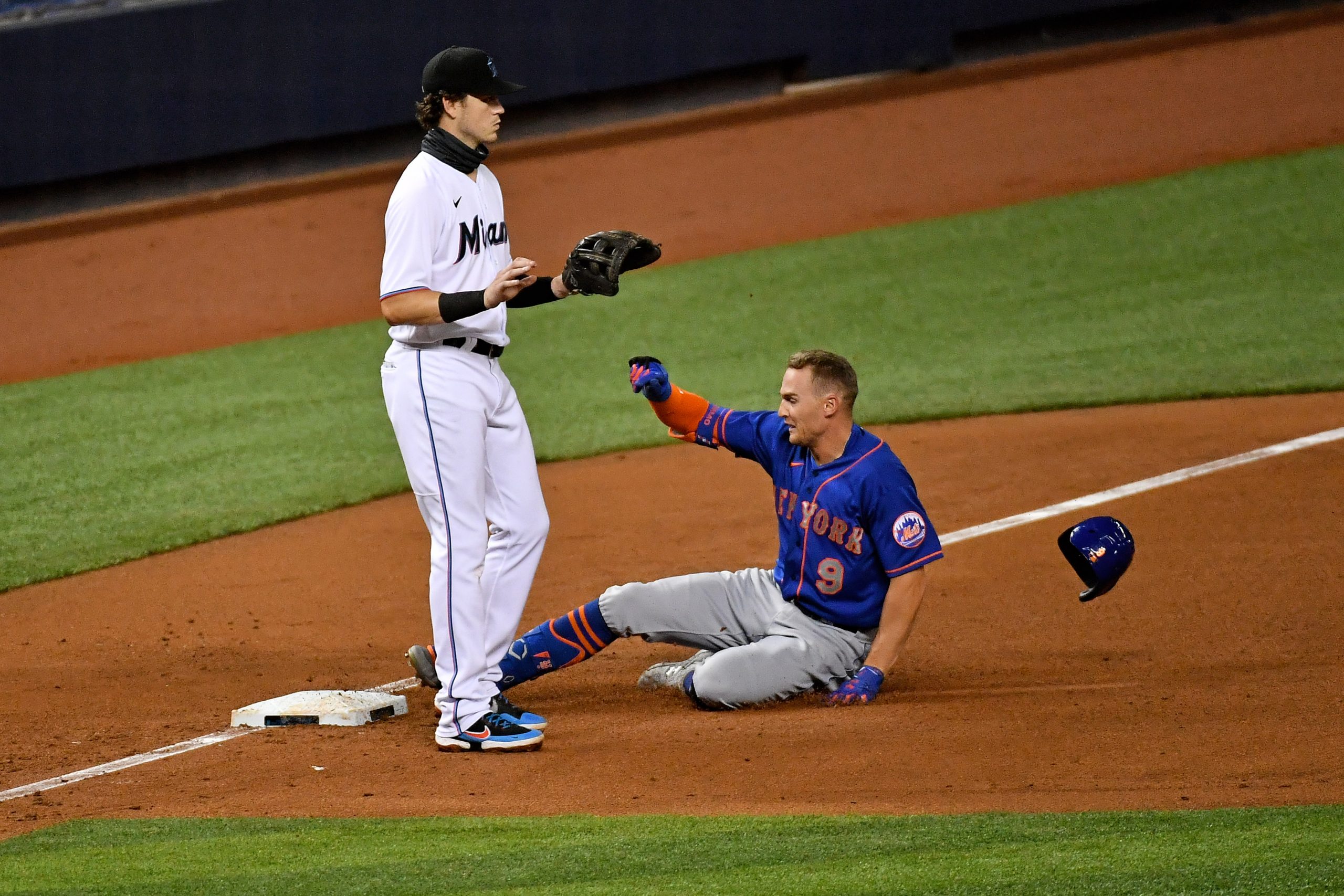 The New York Mets (12-14) are officially back in action after a pair of coronavirus infections caused Major League Baseball to pause their season for five days. The good news for the Mets is that there were no further positive cases, meaning the majority of their personnel are healthy and ready to go. The issue is that the Mets now have four games to make up, with three of those coming this week as the team is set to play nine games in the next six days. First up is a four-game set with the Miami Marlins, including a double-header today. First pitch for the opener is scheduled for 5:10 p.m. while the nightcap comes roughly 30 minutes after the conclusion of Game 1.

The first pitching matchup will see the Mets send right-hander Rick Porcello (1-3, 5.76 ERA) to the mound. Porcello last pitched on August 16, giving up four runs in six innings against the Philadelphia Phillies to suffer the loss. The Marlins will counter with left-hander Daniel Castano (0-2, 5.91 ERA). Castano last pitched on Saturday, giving up two runs in one-third of an inning of relief to suffer a loss against the Washington Nationals.

Game 2 will mark the return of Seth Lugo (1-2, 2.61 ERA) to the Mets’ rotation. Lugo last worked on August 16, tossing a scoreless inning of relief against the Philadelphia Phillies. The Marlins will counter with lefty Trevor Rogers (6-10, 2.90 ERA across two minor league levels in 2019), who will be making his major league debut.