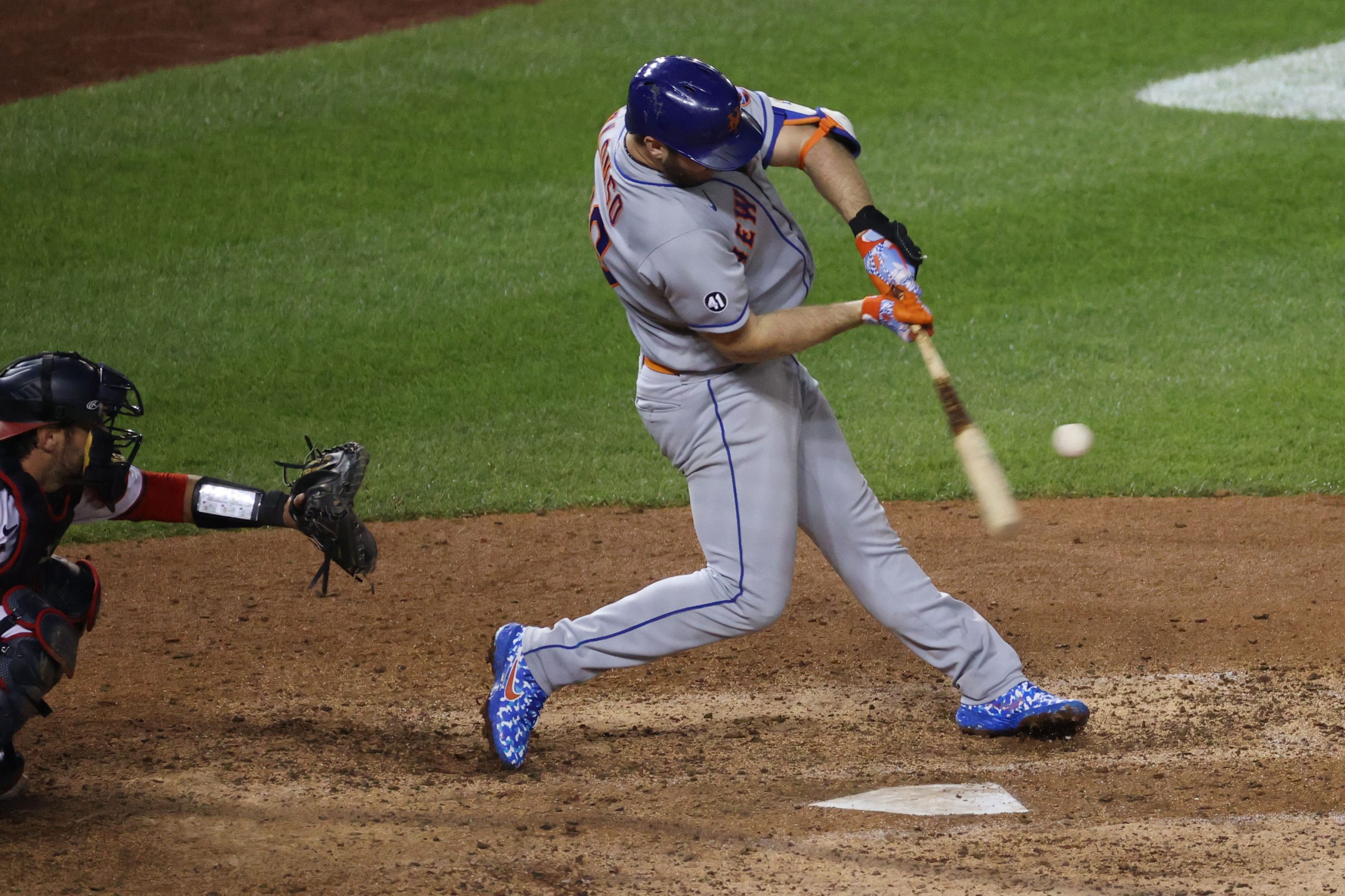 Weather wiped out the New York Mets (26-31) last night, but their slim playoff hopes still took a hit. The Miami Marlins won last night to secure the National League East’s second-place playoff spot, taking away one avenue for the Mets to get into the playoffs. The only path left is the second wild-card spot and the best shot the Mets have is to pick up a pair of wins against the Washington Nationals (23-34) today while getting some help. First pitch for the first game of the doubleheader is scheduled for 3:05 p.m. with the nightcap coming approximately 30-45 minutes after the conclusion of Game 1.

The pitching matchup in Game 1 will feature a battle of aces between right-handers Jacob deGrom (4-2, 2.14 ERA) and Max Scherzer (4-4, 3.67 ERA). deGrom was brilliant in his last start on Monday, allowing two runs in seven innings and striking out 14 Tampa Bay Rays, but he was stuck with a tough-luck loss due to a lack of run support. Scherzer pitched well in his last turn, allowing two unearned runs in 5.2 innings against the Miami Marlins on Sunday, but was stuck with a loss after Washington failed to score a single run.

Game 2 will see another matchup of righties as Rick Porcello (1-6, 5.46 ERA) squares off with Anibal Sanchez (3-5, 6.80 ERA). Porcello had his finest start as a Met on Sunday, allowing one run in seven innings against the Atlanta Braves, but received a loss when the Mets were shut out in the contest. Sanchez earned a win on Monday, allowing one run in five innings to beat the Philadelphia Phillies.