A Tale of Two Pitches 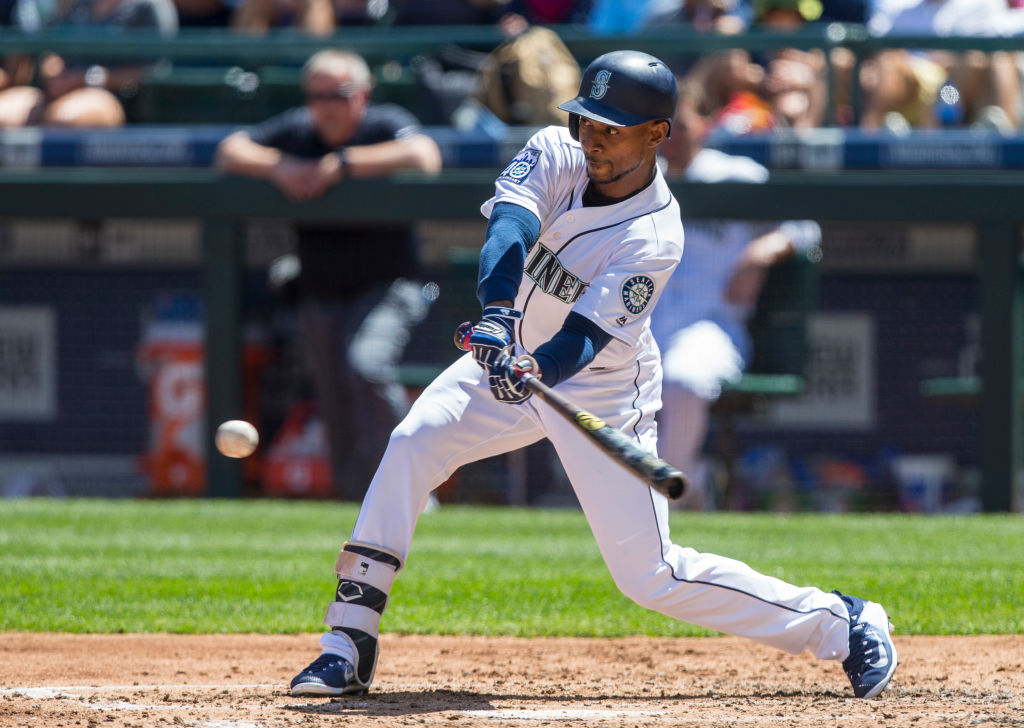 Here lies Jacob deGrom’s win streak. May it rest in peace. It stopped at eight on Saturday against the Seattle Mariners, who eeked out a 3-2 victory. Although deGrom pitched well overall, the second inning was a slog for him, and one pitch defined the inning and helped define the game.

deGrom was having it tough, giving up a single to Nelson Cruz and a double to Kyle Seager, and then after a strikeout of Danny Valencia, hitting Mitch Haniger in the face with a fastball. (Thankfully, he’s okay.) deGrom had Jarrod Dyson in the hole 1-2 after two strikes looking and two foul balls on fastballs. Dyson is a slap hitter at around .240, but deGrom threw him a curveball that Dyson pulled to right center for a two run single. Hated that pitch call. Not that a second inning at-bat to Jarrod Dyson in July is the same thing, but Dennis Eckersley always said that he regretted speeding Kirk Gibson’s bat up with a slider in Game 1 of the ’88 World Series and sped up Gibson’s bat when he could barely move. Dyson is a .240 hitter with no power. Keep challenging him until he exhausts you and don’t speed up his bat. Instead, Dyson got something off-speed and he was right on it for a two run single.

The second pitch that defined the game was a 3-1 pitch to Jose Reyes in the fifth inning. With Curtis Granderson on second and Wilmer Flores on first and nobody out, Reyes took a 3-1 slider that was inside off the plate. Shane Livensparger, whose strike zone I thought was all over the place for both sides, called that strike two instead of ball four. Reyes, who doesn’t need an excuse to swing at anything close, swung at the next two pitches and popped up to second. Changed the entire complexion of the inning. It might have even changed the complexion of the sixth inning when Reyes was up with two outs and the bases loaded and he swung at what might have been ball four. It was closer than the pitch in the fifth, but still a pitch that maybe there’s a 2% chance Reyes lays off if Livensparger called that other slop a strike.

The Mets had other rallies that they couldn’t finish off, including one in the ninth after a late run scored thanks to Robinson Cano’s bending allergy. But those two pitches, for me, told the story of the entire game. And you should trust me, because after today I have been officially acknowledged as a “noted baseball expert”. And you thought I was insufferable before.