A Team Of Memes 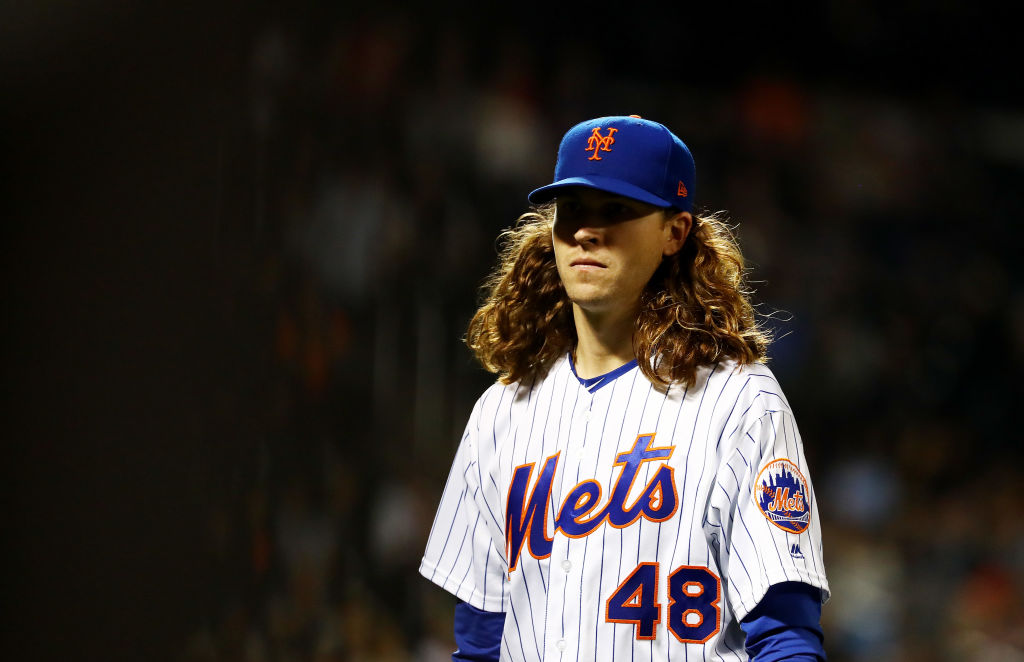 Jacob deGrom didn’t have it. Seven runs in four innings, including Eric Thames’ first home run in three weeks. deGrom threw 105 pitches, a good amount after the game was already a lost cause in the fourth. But Terry Collins is taking his new philosophy of stretching out his starters very seriously. It’s a wonder he either didn’t get hurt or go and tell Ron Corey that he’s played his last game for the Canadiens.

I was getting upset that it was Josh Edgin in for three innings of a lost cause instead of Neil Ramirez. Ramirez was brought in for situations like this. Who cares if the Mets lose 30-0? But then Ramirez did come in for the 8th and 9th. Walked three hitters, but didn’t give up a hit. I just hope that Edgin, who will surely be unavailable for Thursday afternoon’s game, isn’t going to be needed to get Thames or Travis Shaw out in the fifth or sixth inning. But Ramirez being in for two innings made me feel better. At least Collins is starting to use one reliever correctly.

But hey, the Mets didn’t get shut out. Hey Mr. Met, how many runs did the good guys get today?

That’s right Mr. Met, one. It was a 7-1 loss. Tune to SNY tomorrow for the finale of the Mets four game series with Milwaukee, followed by an all new episode of “When Good Mascots Go Bad.”