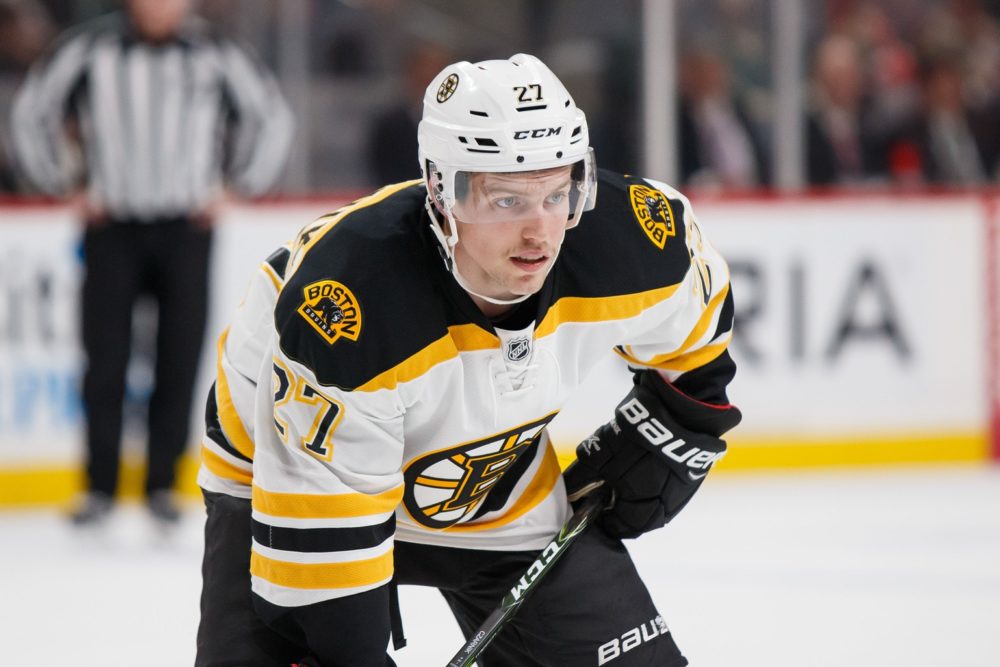 On Saturday night, Edmonton Oilers insider Bob Stauffer tweeted out an interesting point that got quite a reaction from Oiler fans.

For years, the Oilers’ AHL affiliates have been loaded with veteran players and no prospects. That started to change this past season as Ethan Bear, Caleb Jones and Ryan Mantha all entered the AHL as rookie defenders. Barring a surprise, Jones and Bear will both be back in Bakersfield next season.

Mantha will hopefully be there as well, but health issues could stand in the way. With William Lagesson coming over from Sweden, four of Bakersfield’s six defenders could be first-or-second year pros in 2018-19. Sprinkle in a veteran like Keegan Lowe to go with Ryan Stanton and you have a solid and balanced blueline.

You are developing prospects but also have veteran options to help you win games and teach the young guys how to play at the professional level and be pros off the ice. Balance is so important.

There will be massive change in Bakersfield this coming fall. With Ty Rattie likely in Edmonton, there’s a good chance very few players return. The club tried to deal Joey LaLeggia at the deadline according to a close source, so I’d expect him to leave via free agency.

Joe Gambardella and Brad Malone are likely the only two players who were under an NHL contract who may return to the farm next season. Evan Polei and David Gust, both under AHL contracts and still prospects, both played well enough to earn another look in my opinion, but I’m not sure we’ll see them back.

There will be a massive influx of talent this fall. Cooper Marody and Tyler Benson will both turn pro and start their careers in Bakersfield. Both are high-end prospects for the Oilers and will likely start in the top-six in Bakersfield. It’s also possible that Kailer Yamamoto starts in Bakersfield, and he would without doubt be a top-line option for the club out of the gate.

Cameron Hebig will garner a top-nine spot, while Colin Larkin also turns pro for good this fall and will be a wild card on a one-year entry-level contract. It’s also possible that Ostap Safin, after one year in the QMJHL, could turn pro a year early and play for the Condors after a good end-of-year showing.

Tyler Vesel signed with Edmonton while I was writing this, so you can throw him in this group of young players making the transition to the pro game this coming fall.

The Need For A Veteran:

Marody, Benson, Hebig, Yamamoto, Larkin, Vesel, possibly Safin and to a lesser degree Gambardella and possibly Polei and Gust are good pieces to have in the AHL. They are all young players who can be considered prospects and who could make the NHL.

A good farm team has many of these guys and plays them in big time spots so they can develop for the big club. They can’t do it on their own, however, and need guidance both on and off the ice.

Sure, Ryan Hamilton is a good leader, but he’s not an effective AHL scorer anymore and has no NHL future as a player.

That’s where a higher end AHL center, as Stauffer said, comes into play. This is a player who can help these young guys produce on the ice, help them learn the pro game off the ice, and maybe even help the Condors win a few games.

Like I mentioned with the defense, it is all about balance at the AHL level. It’s no different at forward.

There are a few options for Edmonton in free agency if they want to add a high-end AHL center.

Austin Czarnik (BOS): Czarnik was procured by Chiarelli in Boston and was the second highest scoring center in the AHL this past season with 25-44-69 in 64 games. At just 25-years old, Czarnik could also be an option as an NHL call-up during the season. He’s my personal favorite option for this role.

Ben Street (DET): Street is 31 right now and is not an option for NHL employment moving forward. He’s a strong AHL’er, however, and posted 21-44-65 in 73 games. He was the third highest point producer at center this past season and could provide some real veteran leadership in Bakersfield.

Curtis Valk (FLA): Valk posted 20-42-62 in 73 games for a poor Springfield team this past season. He did help a number of young Thunderbirds, however, and was a strong offensive producer at that level. He’ll likely never push through for NHL employment, but he can produce at the AHL level and could help the Condors in a few different ways.

None of these three options would be sexy additions, but they are all strong AHL producers, veterans and could handle top-line duty riding shotgun with the kids. In the case of Czarnik, he could also be a diamond in the rough who pushes his way to the NHL in due time.

It won’t be at the top of Peter Chiarelli’s shopping list this summer, but adding an AHL center who can ride shotgun with the kids and produce will certainly be on said list. Personally, I think it is a subtle but smart thing to address. 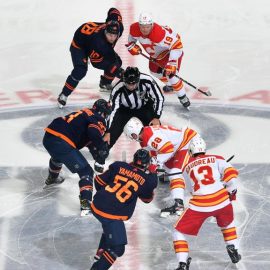