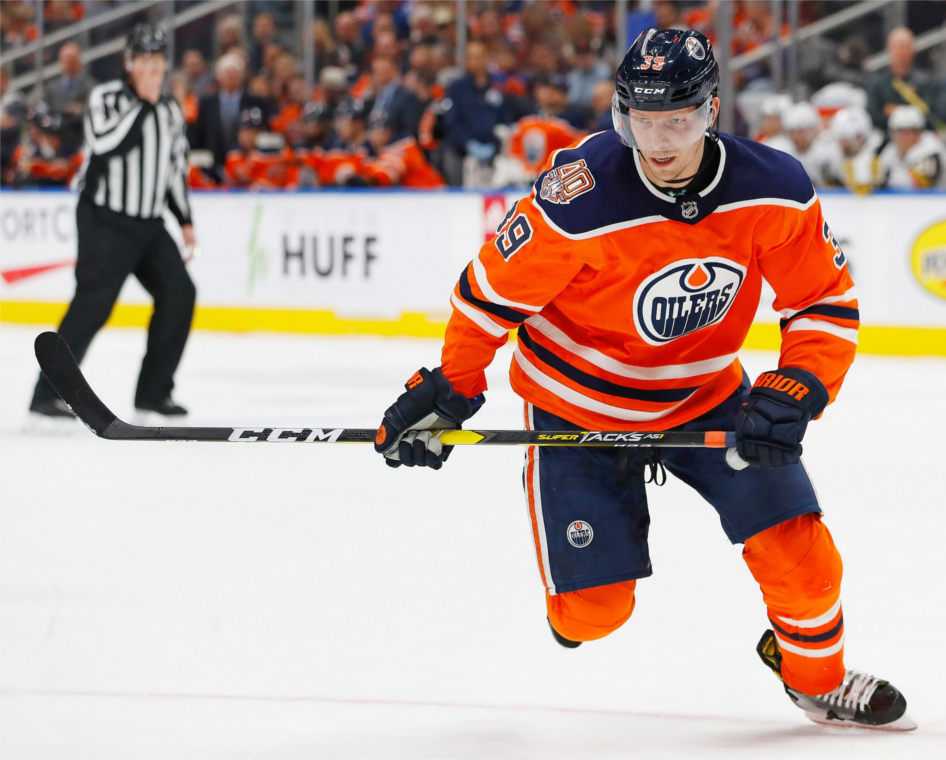 Alex Chiasson came to Edmonton in the fall of 2018 fresh off of a Stanley Cup with the Washington Capitals. After playing a depth role with the Capitals, Chiasson struggled to find work in the free agent market in the summer of 2018. With training camp approaching and no contract, Chiasson elected to attend Oilers training camp on a PTO.

GM Peter Chiarelli signed Chiasson to a one-year deal, and Coach Todd McLellan gave him prime minutes alongside Connor McDavid. The result? An offensive season no one saw coming. Chiasson scored a career-high 22 goals, and signed a two-year extension with the Oilers on July 1st, 2019.

Chiasson was there for the disappointment of 2018-19, when the Oilers led the Pacific Division at the end of October, held a playoff spot in mid-December, but ended up with a top ten pick after a pitiful stretch in late December and into January.

He was there when the club started hot in 2019-20, only to falter greatly in December before picking themselves up in January and February and running all the way to second in the Pacific before COVID-19 hit North America.

He’s was there when the Oilers started 3-6-0 this season, then turned things around with a 24-9-2 record in their last 35 games to jump into third in the North Division. He also played a major role in Monday night’s thriller with the Montreal Canadiens, a game that he says shows just how far this Oilers group has come.

“I think it’s a long way coming for this group,” Chiasson said on Tuesday. “I look at my first year here, three years we’ve been playing, as of late, I think we’ve realized here we got 12 games left in the season. We want to go into the postseason feeling good about ourselves and making sure we’re ready to go. I thought tonight was as close as you’re going to get to a preparation game. Everyone was dialed in and we stuck with it for 60 minutes.

“A big change from our group is being able to, when we’re down a goal, stick with the plan and not get away from things that make us successful. (Ethan Bear) came up huge there in the third and Connor took over.”

The Oilers trailed 1-0 after two periods, with the lone goal being a lucky break for Montreal that hit the skate of Eric Staal and bounced by Mike Smith. Edmonton stuck with it, and dominated the third period with authority. They broke the dam with Bear’s goal, then poured on three more for two huge points.

It’s the kind of game the Oilers never would have won two years ago. Faced with a physical opponent committed to suppressing offense, the Oilers would have gotten frustrated and folded. Not on Monday night. It was the sign of a new day.

It was a sign that, although not an overly physical team, the Oilers can match their opponent when needed and win a variety of ways.

“I think on paper, it may not be our style of game but going into the post-season, the majority of the games are going to turn out that way,” Chiasson added. “There’s a lot that happened within the game that was good for our group. Tight-checking, Montreal’s got a top-four D that’s as big and strong as you’re going to get in the League. For us forwards, it’s not easy to get those areas around the net and you’ve got to fight for every loose puck. I thought 1-on-1 battles were key for us creating second and third opportunities. A lot of the little things that happened within the game, they were key points for us.”