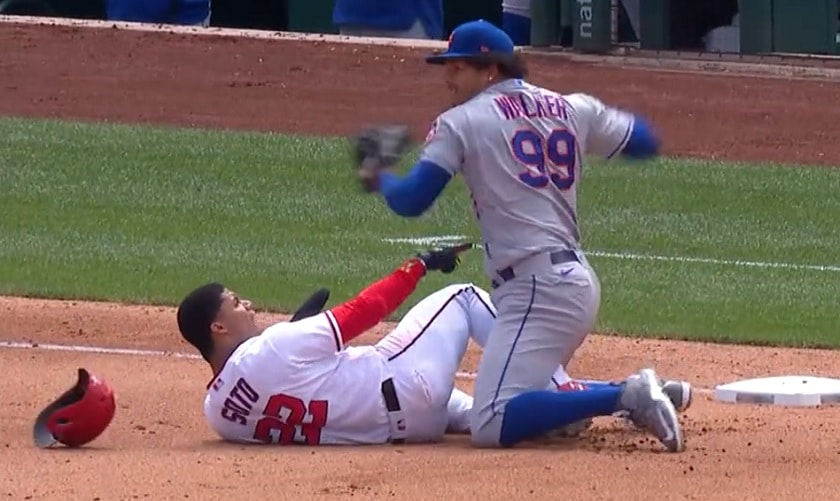 I was having some recent conversations about Taijuan Walker’s place on this rotation when everyone else is healthy. “Could he be the odd man out when deGrom comes back?” “Has he earned a spot in the rotation for what he’s done so far?” “Can he be counted on to stay healthy and to give quality innings?”

I’m not sure he answered any of those questions with his outing today, because it’s a long season. But what Walker showed everyone today is how much of a warrior he is. He threw seven shutout innings against the Nationals today, and while the Nationals aren’t the greatest team known to mankind, they can hit (tied for the N.L. lead in batting average with the Rockies and your New York Mets). Walker shut them down on three hits and one walk and one (!) strikeout. But it wasn’t so much that he did that, but that he did that while dealing with this between every inning:

Is there a rule that says you can't pitch with a heating pad? Asking for a friend. pic.twitter.com/O8axehKZd4

I want to take this time to remind all of you that I’ve had back surgery. While I’m the opposite of professional athlete, I went and ordered a new batch of Acuplus after looking at that picture. (Editor’s note: Metstradamus has not been compensated for this endorsement … yet.)

Then he had to deal with this bullshit:

One of the most ridiculous double plays you will see 😳

"Horrendous baserunning by the Nationals" pic.twitter.com/CuM09Z1Wi2

Another look at Taijuan Walker and Juan Soto colliding: pic.twitter.com/00dh3Pa2nW

The most hilarious part of that whole thing besides the Nationals running the bases like they’re trying to buy a PS5 on Thanksgiving, is that for some reason this play isn’t officially scored as a double play. So let me get this straight, you get two outs on one play and it’s not a real double play? In what universe, exactly? And can we get Noah Syndergaard to chime in on what a “real” double play is? Because Noah’s Instagram stories are now my barometer for authenticity.

Walker’s day also included running full sprint for a foul ball, and bending awkwardly to end the 6th inning with a putout. Surely, that would be it for Walker’s day to spend the rest of the day with a TENS machine somewhere, right? Wrong. He went one more to save the ‘pen an extra inning as they are in the early stages of 16 games in a row without a day off. These extra innings are sure to add up going forward over the next few weeks, and that it was Walker providing them while keeping loose with heat packs?

And does anyone get the impression that Walker is even thinking about his own place in the rotation while battling through whatever the hell he was battling through? Also, if he’s doing this in May, imagine the compete level Walker is going to give the Mets if he’s in a position to come September or October? (And by “position”, I’m clearly talking about being upright and mobile. Again, I’ve been through this. It’s not fun.) Walker downplayed his back care as just being a little tight. But here is the rest of Walker’s post game newws conference:

Mark Canha provided most of the offensive support with a two run single in the first and a solo HR in the 9th. Tomas Nido also drove hin a run with a two out two strike single in the 4th, and it was enough to render Soto’s home run off Edwin Diaz in the 9th meaningless as the Mets came away with a 4-1 victory. Next up for the Mets is the Seattle Mariners, which means next up for Mets fans is a whole bunch of PTSD from the Diaz/Kelenic trade. (Did you hear that Robinson Cano is signing with the Padres? Maybe Brodie Von Monorail can sit with the 7 Line again for nostalgia. Or perhaps we fan finally put Jeffy in the dunk tank for “2019 Night.” And anyone who could identify the Korean team that Chris Flexen pitched for in 2020 will get a free copy of J.J. Putz’s medicals from 2009. 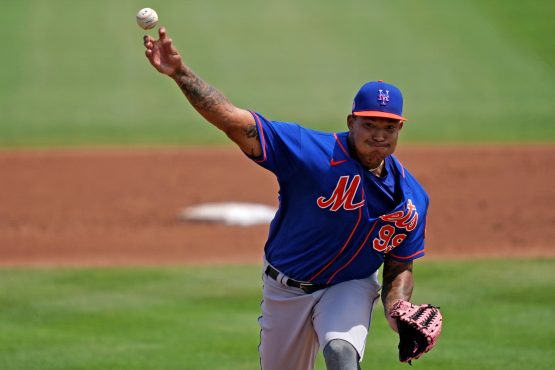 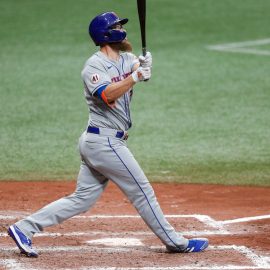 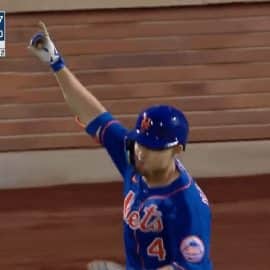 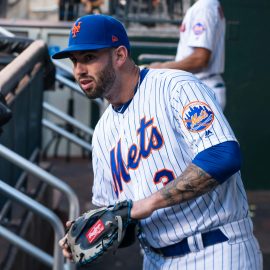 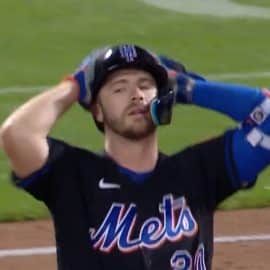