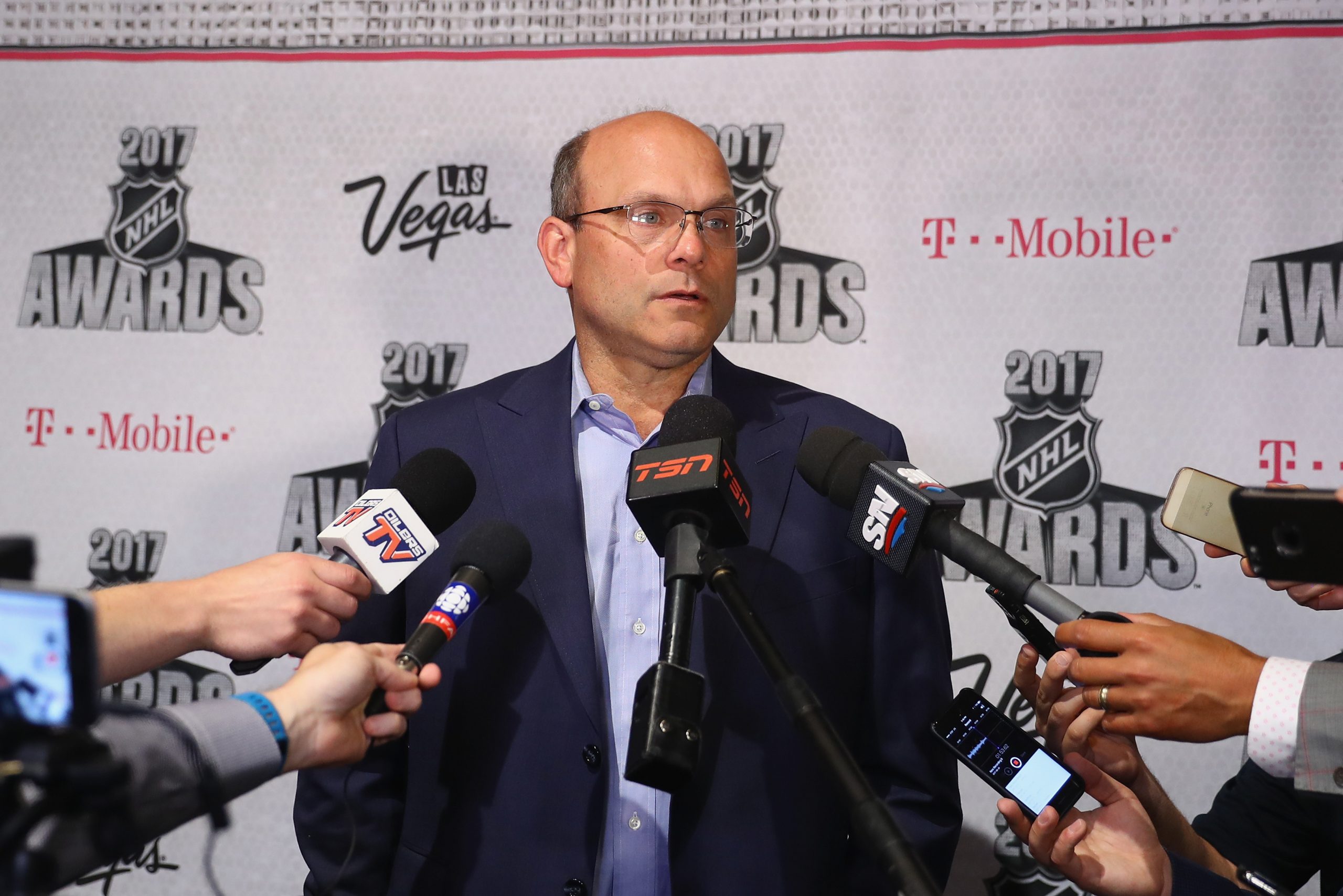 With Connor McDavid locked into a new contract that will start next July and Leon Draisaitl now on his new mega deal, the heavy lifting is done for the Edmonton Oilers this summer. The club got their cornerstone pieces locked up and also re-signed key contributors Zack Kassian and Kris Russell earlier in the summer.

Now, with under a month to go until training camp, the Oiler roster appears to be set. At this point, with cap space now under $5 million and a cushion likely wanted for deadline acquisitions, there really doesn’t appear to be anything that the Oilers can do. Or so we think.

In July, the club signed both Jussi Jokinen and Yohann Auvitu to cheap one-year deals that represent bargain bin value deals. Both Jokinen and Auvitu are coming off mediocre years and both have the potential to bounce back in a big way this season while filling holes well above their price point.

Contracts like that are vital for a team’s success in the NHL. When you look around the league at the best teams, they usually have two or three players like that on their roster. Could Edmonton add another candidate or two before camp opens up? Personally, I think that would be wise.

Why? The club is setup to be very strong again this year, but there are still holes on the roster. Edmonton desperately could use a veteran right winger, and I think the club would do well to add another defender, preferably a right-shot who can move the puck.

At this point, pickings are slim and players likely won’t get guaranteed contracts easily. A test drive, however, makes a ton of sense and it is an avenue the Oilers could pursue, according to GM Peter Chiarelli.

“We may add a player or two on a tryout but we’ll see how that unfolds in the next week or two,” Chiarelli said via phone Wednesday. Source

Last season, the Oilers brought Eric Gryba and Kris Versteeg to camp, signing Gryba before the season opener and trying to sign Versteeg before he elected to sign with the Calgary Flames. Could Chiarelli go that route again, as he suggests above, this year? If so, who makes sense? Let’s take a look, shall we?

I’ve ruled out Jaromir Jagr, Jarome Iginla and Shane Doan because I don’t see any of these three players accepting a training camp invite. If a team wants them, I’d wager that said team would need to sign them to a guaranteed contract.

RW Drew Stafford: Stafford registered only 8-13-21 last season, but he saw his game regain form when he was traded to Boston at the deadline. He’s a veteran right winger who fits the McLellan template quite well and can put the puck in the net. He could be a sneaky good get for Edmonton at this stage of the off-season.

RW Jimmy Hayes: Another free agent out of Boston, Hayes struggled mightily under the pressures of his hometown. That said, he was a solid middle-six forward in Florida and could regain form with a fresh slate. He’d be worth a look in camp.

C Daniel Winnik: The penalty kill could be a real issue for the Oilers this season, and the club could use another body to help in this area. Winnik, while not a sexy name, is a serviceable bottom-six forward that can help on the PK and play responsible hockey. He’d also come cheap too, which has to be appealing to this club.

RW Alex Chiasson: Another right winger, Chiasson can provide a little bit of offense while also playing that rugged and aggravating style that the Oilers have adopted over the last two years.

RW P-A Parenteau: After a strong start in New Jersey last year, Parenteau struggled in Nashville post-deadline and was a complete non-factor in the club’s run to the Final. That said, he’s a smart player and can provide offense, making him a valuable and intriguing depth piece.

RHD Cody Franson: He’s good with the puck, can help on the PP and has a big shot. I know the blueline is currently crowded, but Franson makes a lot of sense and fills an area of need for this hockey club at this time.

RHD Dennis Wideman: His strengths are very similar to Franson’s, only Wideman has fallen on really tough times in Calgary. I’m not sure what he has left in the tank, but a look in camp can’t hurt. This is a player with some real dynamic offensive seasons under his belt.

LHD John-Michael Liles: I can’t see the Oilers adding another left-shot defender, but Liles is the kind of guy that Chiarelli added a lot in Boston. He’s a smart veteran and can move the puck. Could be a nice depth addition.

If I had to pick one player to add to the Oilers’ training camp roster, it would be Drew Stafford. He fills an area of need and I think he would be a really nice fit. Cody Franson would get my vote from the list of defenders and would be my second choice overall, while both Winnik and Chiasson also intrigue me.

If Peter Chiarelli does in fact decide to explore a training camp invite, he’s got plenty of options out there to pursue. Personally, I think he absolutely should pursue this avenue as it could fill a hole on the cheap and strengthen this team’s chances.

We’ll see in the near future if Chiarelli agrees with me.