California Dreamin – Which Condors Are Ready To Help Oilers? 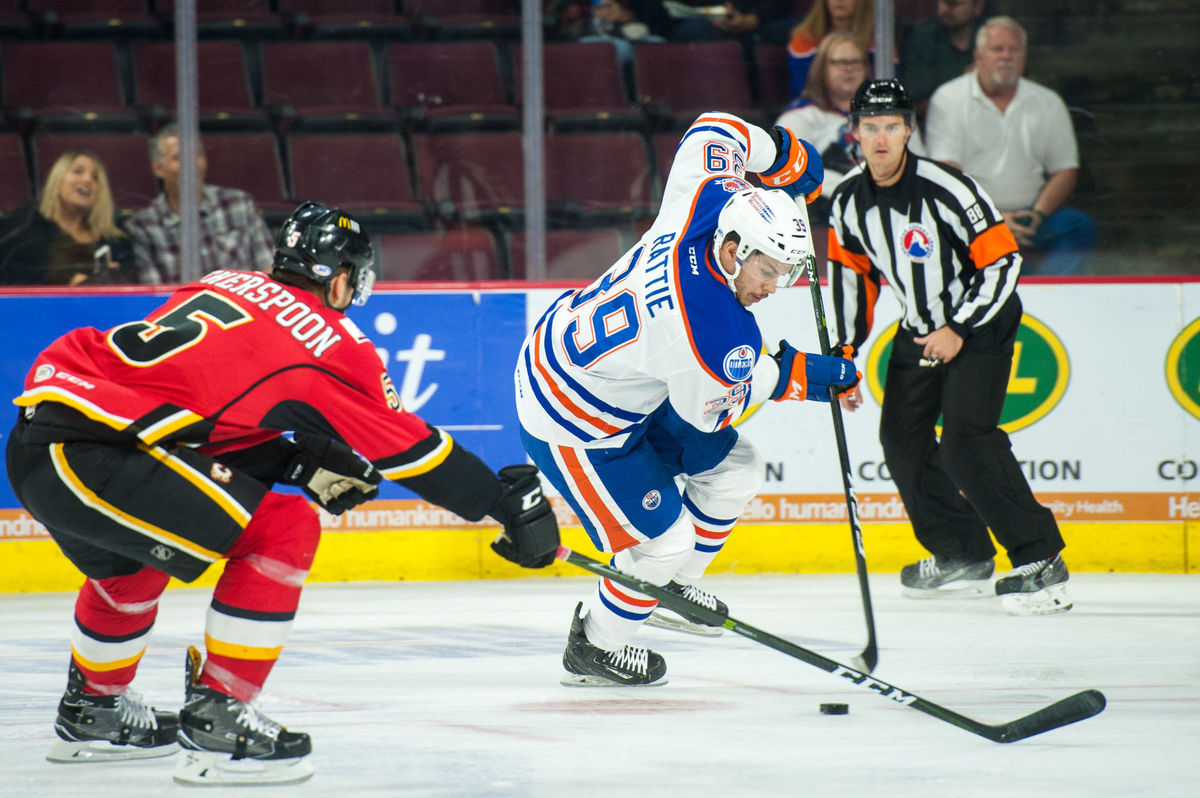 The Edmonton Oilers have pressing roster holes right now, including a lack of scoring wingers. Over the weekend, the club recalled Jesse Puljujarvi from Bakersfield of the AHL and he produced a goal in his first game back. Puljujarvi has looked good since returning to the NHL and, I believe, fits in quite well on the club’s second line.

So, with Puljujarvi in Edmonton, there really isn’t a clear-cut top dog in Bakersfield right now. With JP in Edmonton, who becomes the next guy in line? Who from Edmonton’s farm team in California could jump up and help at the NHL level in the event of an injury or just to fill a hole?

Let’s take a look at the left coast on this Wednesday morning, shall we?

The Oilers are in desperate need of scoring, we know that. As it stands, I don’t believe the club has enough NHL wingers on the roster and the numbers back that up, as Edmonton is currently the worst offense in the entire league. We are looking for guys with finish and who shoot the puck a ton.

I suggested Frank Vatrano here yesterday, Peter Chiarelli promptly went and traded for Michael Cammalleri. That said, even with Cammalleri in the mix, the Oilers still have needs on the wing. As mentioned above, with Puljujarvi already recalled, there really isn’t an option that stands out as a must recall. There are a few players that could help, however.

Ty Rattie (6-4-10, 12 GP): While he has yet to establish himself in the NHL, Rattie is having a real good season in Bakersfield right now and has been the Condors’ best player up front. The Oilers clearly like the guy, taking a chance on him back in July as a free agent. Rattie didn’t knock the doors off in training camp, but he’s performing quite well in the AHL right now and has confidence. I wouldn’t mind seeing him over someone like Jujhar Khaira or Iiro Pakarinen, I think Rattie has more offensive potential than either of those two.

Joey LaLeggia (4-3-7, 12 GP): While it isn’t his torrid pace from the second half of last season, LaLeggia has played well in his first full season as a forward. Yes, you read that correctly. A year ago at this time LaLeggia was a defender for the Condors. He’s got speed to burn, puts the puck on net at a high rate, and has finishing ability. I also thought he looked quite good in training camp, and I think the Oil like him. Will be interesting to see if he gets a recall before season’s end. Not sure he is ready at this time however.

Joe Gambardella (2-2-4) and Patrick Russell (2-2-4) would be logical next choices based solely off of when they were signed, but neither has looked that great so far this season. That’s slightly disappointing, but again it’s early days. Arguably the biggest disappointment in Bakersfield? Mitch Callahan has no points in 12 games. I thought he had a chance to push for a fourth line role in camp.

The area of strength on this Bakersfield roster is without doubt the defense. Problem is, the top dogs in this spot simply aren’t ready for NHL time just yet. Both Ethan Bear and Caleb Jones are rookie pros adjusting, and likely won’t be ready for full-time NHL duty until fall 2019. Ditto for Ryan Mantha, who has had a nice start to his pro career.

Who can help right now? Well, Edmonton is likely going to wait for Andrej Sekera, who I believe could be back this month judging by verbal, rather than go shopping. If the club wanted to add someone from the farm, however, there are only third pairing options.

Dillon Simpson (0-5-5, 12 GP): Simpson looked good in a brief three game NHL cameo last December, and has been arguably Bakersfield’s best defender to this point in the season. He plays a smart game and has the ability to move the puck. There isn’t much chaos to his game, and I wouldn’t be shocked if he proved to be a better option than the struggling Yohann Auvitu.

Mark Fayne (0-1-1, 3 GP) and Ryan Stanton (0-0-0, 5 GP) would be my next bets for recall solely based on the fact that they are veterans who have NHL experience. I don’t think the Oilers are willing to expose Bear, Jones or Mantha to the NHL yet, and Ziyat Paigin hasn’t proven ready either.

With Jesse Puljujarvi up in Edmonton, options are slim for a recall for this club. The good news? Drake Caggiula should be back up front soon, and Anton Slepyshev won’t be far behind him. Once those two return, the Oilers will be in a better spot up front and won’t need to look to the farm for goals off the wing…..hopefully.

Defensively, the club is likely going to wait for Sekera, but I wouldn’t be shocked if Simpson got some games this season. I really think he is ready for an NHL job and I wouldn’t mind having him on the roster over Auvitu or even Eric Gryba.