Character Is The Problem 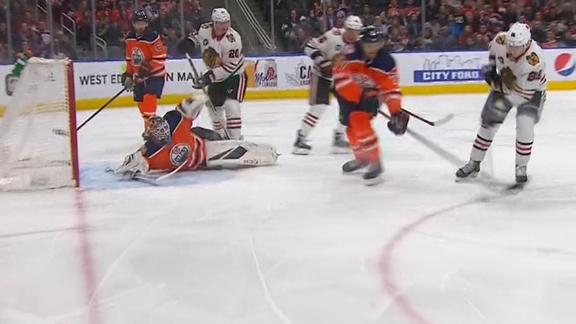 Bob Nicholson achieved success with Hockey Canada by essentially holding a fantasy draft. The man had his pick from the best talent pool in the world for players, coaches and managers. The fact that Hockey Canada had success during his tenure really didn’t mean he was ready for the task of running an NHL team.

As he has done so many times, however, Daryl Katz once again elected to put someone into a powerful position that they quite frankly are not qualified for. Nicholson, who is now running his second GM search since taking over as CEO of Oilers Entertainment Group in 2015, appears lost at the wheel in Edmonton.

When President of Hockey Operations and GM Peter Chiarelli was fired heading into the All-Star break, it was by far the right decision. The optimism of a new day quickly evaporated when Nicholson spoke the next day, however. Why? Well, he elected to use some buzzwords that prove Edmonton has somehow not yet learned its lesson.

The most used buzzword? Character. It seemed like the Oilers don’t think talent is the issue here, but rather they think their big problem is in the locker room and in terms of leadership. It’s almost laughable, as this has been the ‘issue’ for about a decade now.

Ironically, character is a problem. The hunt for character has ripped the potential for greatness away from this organization.

Character Has Hurt, Not Helped:

You need leaders. No team will win a Championship without veterans and without a strong leadership group. That’s just a fact. See, I’m not telling you leadership isn’t important. It is, as is locker room dynamic and having ‘character’. When you build a team around those traits, however, you are left with a severe lack of talent.

It led to massive, cap killing contracts for Milan Lucic and Kris Russell, who are third line and pairing players respectively. Two depth guys taking up $10,000,000 in cap in the name of intangibles, leadership and grit? If that’s not bad enough, then let me add that Milan Lucic wants no part of being an Oiler and has requested a trade at least once since signing. One helluva leader, huh?

The Oilers have flushed away assets like Hall, Eberle, and even Benoit Pouliot, high draft picks and cap space in the name of character. The result? I’d argue the team is worse than the 2014-15 disaster that led to Connor McDavid.

When you chase intangibles like ‘character’ and toughness, you are bound to get burnt. The Oilers have been burnt so badly that they are still the joke of the league and sit just three points back of last place in the west. They’ve gutted the roster looking for leaders and better character, and now find themselves with a depleted roster unable to make the playoffs even with the best player in the world.

The Oilers are lying to themselves, there’s no two ways about it. Last year we heard the outrageous narrative that the club was struggling because they missed Matt Hendricks and his leadership. Hendricks was an honest, very likable player that was a leader in the room and surely helped McDavid out. Was he missed? I’d wager yes, he was. Was it the reason why the team, for a lack of a better term, sucked? No, not even close.

If the Oilers think they can overpay for a few veteran leaders who will yell and scream in the locker room and instantly return to the playoffs next year, well I have some property on the moon to sell you.

Go ahead, sign a guy like Hendricks to a deal under $1,000,000 and play him on the fourth line or as the 13th forward next year. I’m all for that, it absolutely cannot hurt. Don’t ignore the real issues, though.

That’s the real fear in this. The Oilers have a severe lack of skill and speed. Outside of McDavid, Leon Draisaitl and Ryan Nugent-Hopkins, there isn’t a single forward on this roster that I trust in a top-six role. That’s the sad reality of this situation.

A little leadership won’t make Tobias Rieder suddenly score. It won’t turn Milan Lucic back to 2011, it won’t turn Jesse Puljujarvi into an NHL player and it won’t make Alex Chiasson’s absurd shooting percentage return. In the end, it won’t have much of an impact.

Character is a nice buzzword and it generates talk from the media, but to be quite frank it’s meaningless. The Oilers’ issue is a speed and skill one. Until that is fixed, this ship is doomed to sink year after year, character or no character.