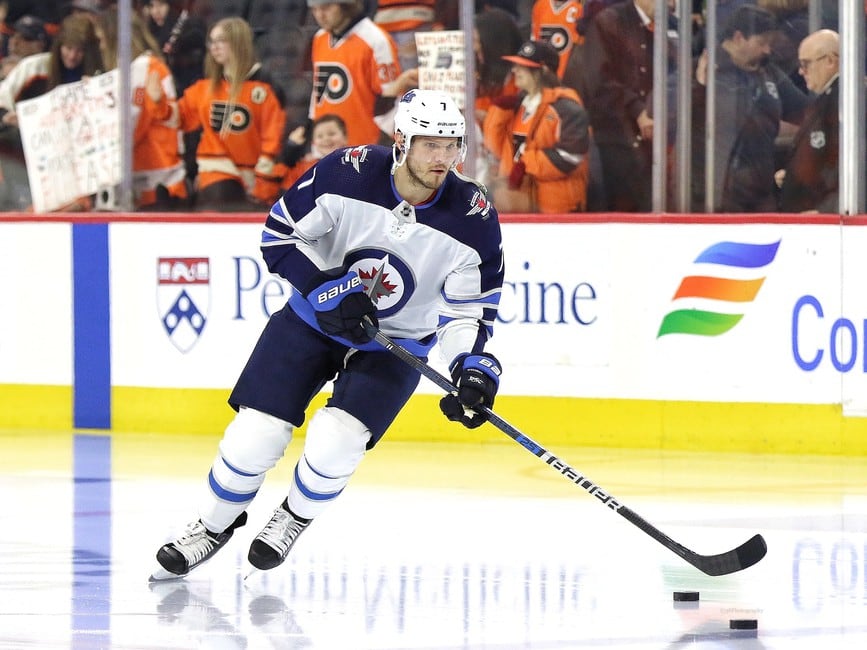 The Edmonton Oilers knew back in the fall that defenseman Oscar Klefbom would miss the entire 2021-22 NHL season due to injury. The bet GM Ken Holland made was that young defender Caleb Jones would be able to jump up and handle a top-four role behind Darnell Nurse. It was a decent bet, but in the mind of the Oilers it hasn’t panned out.

Ditto for William Lagesson, who emerged and played with Adam Larsson for a stretch before cooling off in recent weeks. The lack of a steady, veteran defenseman for left side of the second pairing had Holland worried as the deadline approached.

On Monday, he did something about it. The Oilers acquired veteran defenseman Dmitry Kulikov, enjoying one of his best seasons in recent memory, in advance of Monday’s deadline in exchange for a conditional 2022 draft pick.

The addition didn’t cost Edmonton much, and gives them valuable insurance at a key roster spot.

“He’s a left-shot defenseman that’s played over 700 NHL games,” Holland told reporters at his media availability on Monday. “He’s an experienced guy and I think he’s played over 20 playoff games. He can skate, he can make a good first pass and he’s defensive-minded. He’s got some edge to his game and he can kill penalties.”

The idea is that Kulikov will pair up with one of Edmonton’s puck movers on defense. Considering how Darnell Nurse and Tyson Barrie have worked well together this season, it makes sense that Kulikov would pair up with Ethan Bear. That would allow the Oilers to then play Adam Larsson with either Caleb Jones or Kris Russell.

His presence should help stabilize Edmonton at five-on-five. It should also help on the penalty kill, which has been an area of concern so far this season. Kulikov played well in both areas with the Devils prior to the trade.

“You’ve got to be able to defend, you’ve got to be good on special teams,” Holland continued when discussing Kulikov’s arrival. “You got to find ways to win games 2-1 or 3-2 and we think he’s going to make us better defensively. He gives us more depth, provides an edge and gets the puck moving forward.

“I don’t think he’s an offensive-minded defenseman, but certainly think he can get the puck moved up to our forwards and play defense first.”

For the Oilers, with players like Connor McDavid, Leon Draisaitl and Ryan Nugent-Hopkins leading the charge offensively, cutting down on goals against will be the key come playoff time. Kulikov doesn’t play a ‘sexy’ game, and he isn’t a ‘sexy’ addition. That said, he does the things Edmonton needs to improve on at five-on-five. That should, in theory, help them have more success come playoff time next month.