Duncan Keith And The Oilers: Does It Make Sense? 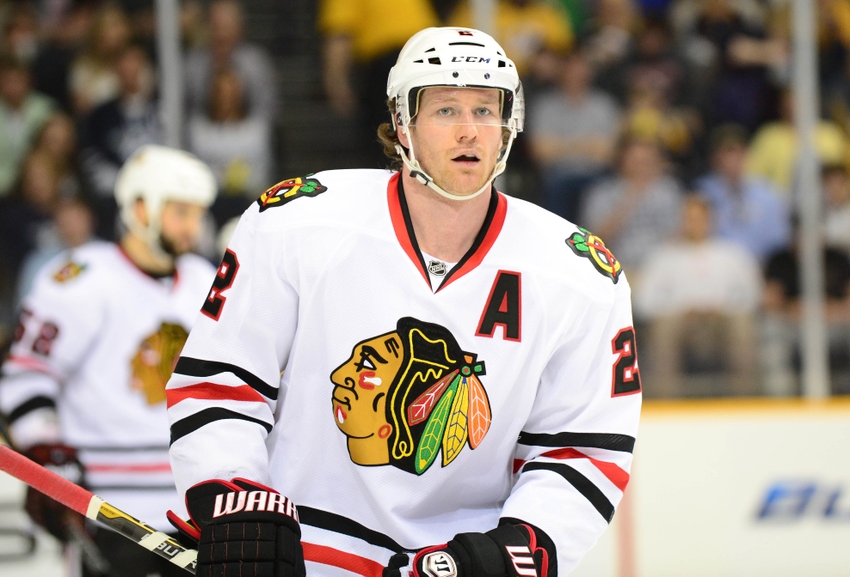 Over the last week, Oil Country has worked itself into a frenzy over the potential addition of veteran defenseman Duncan Keith. Arguably the best defenseman in the history of the storied Chicago franchise, Keith is currently 37 and very clearly at the tail end of a legendary career.

Keith has limited days left in the NHL, Chicago isn’t close to competing for the Stanley Cup and Keith’s young son lives with his ex-wife in British Columbia. Those are the factors that have conspired to push Keith towards a fresh start.

Sportsnet’s Elliotte Friedman first reported on June 30th that there were rumblings of a Keith trade.

There are rumblings Chicago is working on a potential Duncan Keith trade to either the Pacific Northwest or Western Canada. Word is Keith and team are working together to get him to a place he wants to go. We will see where this goes.

Over the last week, countless reporters from around the league and in Edmonton have confirmed mutual interest between Keith and the Oilers. We too can confirm that Edmonton has interest in Keith, and that both the Seattle Kraken and Calgary Flames have also expressed interest in the future Hall of Famer. It appears, however, that Keith’s first choice is to play for the Oilers.

You don’t hear that everyday. No matter the reason, players with Keith’s ability and resume rarely, if ever, choose to play in Edmonton. It’s his preferred destination at this point.

Does it make sense, however, for the Oilers? We know Ken Holland is interested in Keith, has engaged in trade talks with Chicago and has spoken with Keith’s camp.

We also know that Keith has shown clear signs of erosion in each of the last two seasons, and struggled in Chicago in 2020-21. Is it possible Edmonton is travelling down the Andrew Ference road again, or does Keith still have something to give?

Why It Makes Sense:

I, like all of you, have heard the line of thinking before. The young Edmonton Oilers need veteran players to come into the room and show them how to win. The Oilers need guys who have gone on runs, won Cups and been in the trenches. We’ve heard it all, and then seen players like Ference, Milan Lucic, Ben Eager, Eric Belanger and Nikolai Khabibulin come to town and fail to perform on the ice.

So, with that in mind, it’s understandable why a large portion of the fanbase sees a 37-year-old defenseman rumored to be Edmonton-bound and rolls their eyes. Especially after a season of decline, no one wants to hear about things like ‘leadership’ or other intangibles when it comes to a veteran addition.

Thing is, those things do matter in sports. Having players that have been there and can lead the way matters. Duncan Keith isn’t a 23-minute a night defenseman anymore, but he’s played a featured role on three Stanley Cup winning teams, won the Conn Smythe and has multiple Norris Trophies to his name. This isn’t a role player we are talking about. This is one of, if not the, most important pieces of the Chicago dynasty.

Now, as we’ve said, he’s not that player anymore.

That said, Keith could still be effective in a second-pairing role. That’s exactly where he would play in Edmonton too.

The Oilers have Darnell Nurse in place as their top-pairing left shot defenseman, and likely will pair him with Ethan Bear on opening night. Adam Larsson is likely to sign a new contract prior to free agency, and would be the logical partner for Keith on the second pairing.

That pairing makes a lot of sense. Larsson is a strong shutdown defenseman who will allow Keith to play to his strengths of puck movement and skill. Keith is still a strong skater according to everyone I’ve talked to, and he was still strong at carrying the puck up ice in 2020-21 for Chicago.

With a more defined role, a new and consistent veteran partner, and less minutes, there is a real possibility that Keith will be a more effective player in Edmonton than he was in Chicago last season.

There’s also that pesky leadership angle, too. We may roll our eyes at it, but you absolutely better believe that Nurse, Leon Draisaitl and Connor McDavid all value what Keith would bring in that area. You can disagree with it if you’d like, but that is absolutely a factor in these talks.

Personally, I think his leadership and mentorship is a big positive should a deal get done.

Why It Makes No Sense:

Bottom line is, Chicago was outplayed with Keith on the ice this season, there is no way around that. What if, at 37, this isn’t an ice time issue or a partner issue. What if, as it always goes, Father Time has caught up to another great athlete? What if Keith has already hit the wall and is just trying to recapture past glory?

There’s also the issue of his contract. Keith has two more seasons remaining on his contract with an AAV of $5,538,462. If Keith is going to play on the second pair, he’s going to be overpaid at that number. If Keith is actually done? It’s a disaster of a contract to take on.

Chicago needs to be willing to eat at least $2,000,000 in each of the next two seasons to make this work for Edmonton. It’s uncertain if they are willing to do that at this point.

What about trade cost? With that contract, his recent performance, and the fact that Keith wants a change of scenery, Chicago really shouldn’t be in control here. If anything, a sweetener should be coming from Chicago to Edmonton. Yet, the price is apparently Caleb Jones and prospect, which would be an overpay.

Edmonton is 1-7 in the eight playoff games they have played over the last two seasons. The club, thanks to a weak Pacific Division, is almost certainly going to be playing playoff games again in the spring of 2022. They need to improve the roster prior to next April.

One of the club’s weaknesses in 2021 was the second defense pairing. Larsson was strong, but the left side was a revolving door of players that couldn’t do the job consistently. Keith would, in theory, fill that hole while bringing leadership and a pedigree this club hasn’t had in a long, long time.

Keith won’t make the Oilers a Stanley Cup contender, in fact there’s a real chance that trading for him won’t work out of the club. Depending on price, however, there is a way that Keith to the Oilers makes sense.

In the end, there is real risk to this move. Holland could win a Keith trade, but at the end of the day he may just be better off going to market and trying to lure Jamie Oleksiak, Alec Martinez or Jake McCabe on July 28th.