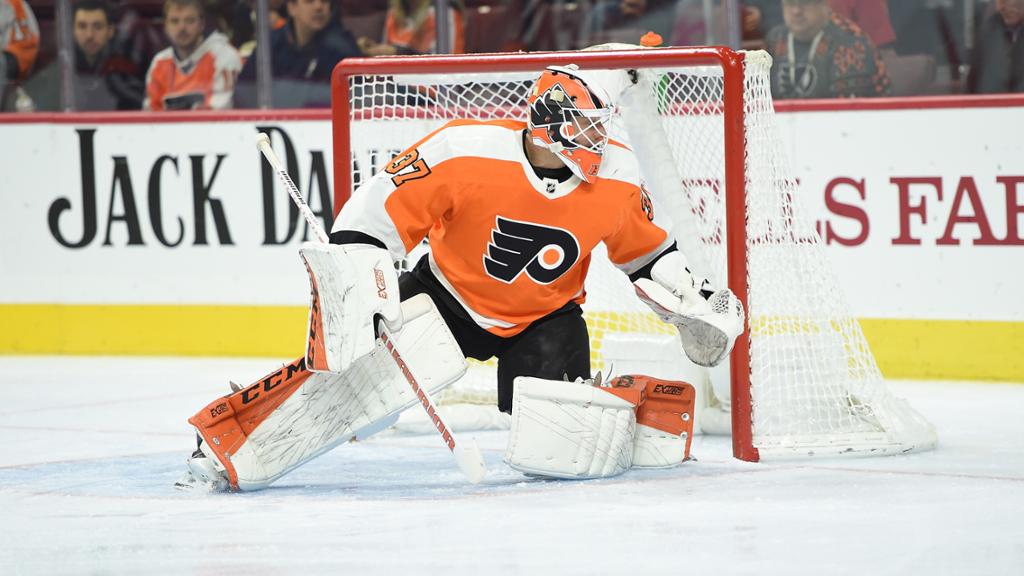 Some speculation yesterday from TSN 1260’s Jason Gregor, who named veteran goalies Mike Smith and Brian Elliott as two potential targets for the Oilers this summer.

Ken Holland will be looking for a goalie, this much we know. He’s also hinted that this transaction will be coming via free agency. Both Smith and Elliott will hit the open market this July.

Elliott has a history with advisor Ken Hitchcock, having played for him in St. Louis during the early part of the decade. Elliott has spent the past two seasons in Philadelphia after a single campaign in Calgary.

Smith, meanwhile, has been with the Flames since a trade which sent him there from Arizona in the summer of 2017. His career in Calgary has been, at best, up and down. He struggled most of the regular season but was arguably Calgary’s best player in their playoff series against Colorado.

He’s not a long-term option, his age makes that obvious, but Elliott fits the bill for Holland’s 35-40 game goaltender. The biggest question mark here? Can Elliott stay healthy?

Smith has a connection to Edmonton now, having been the workhorse for Dave Tippett during their years together in Arizona. Smith, 37, showed serious signs of decline in Calgary and is a risky free agent bet.

His even strength save percentage in 42 games was just .908, while overall he was a sub-replacement level .898 goaltender. It wasn’t pretty for Smith, who seemingly fell off a cliff after posting a .916 save percentage in all situations during his first season as a Flame (2017-18).

So Oiler fans, who do you prefer in goal alongside Mikko Koskinen this season? Tippett’s former workhorse in Smith, or Elliott? Count me in Elliott’s corner if it comes down to these two veterans.