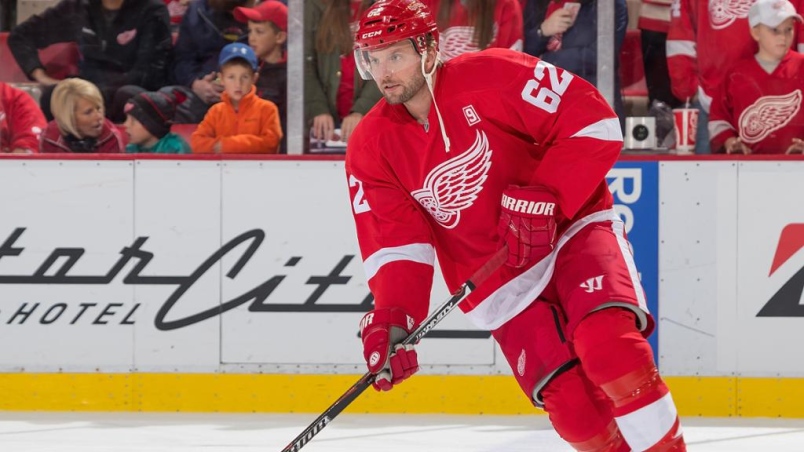 Is Ken Holland’s summer shopping done? It’s possible, as the veteran GM is capped out and doesn’t have many assets to dangle via trade. He’s accomplished almost everything he set out to do this summer, sans adding a third line center. It’s possible he’ll find his man for that spot in the weeks leading into camp.

The Oilers, who have many holes on their roster, could be players on the waiver wire. They are also a very strong candidate to sign a PTO or two. The club has spots open, mainly at 3C and on the wings. There are plenty of strong free agents still on the market, men who make sense for Edmonton’s budget and needs.

Today, we’ll look at a few potential PTO options and how they could fit with the club.

F Thomas Vanek: Vanek has a history with Holland, signing twice with the Red Wings on July 1st 2016 and 2018. Although he is older, in decline and slowing, Vanek can still put the puck in the net, help on the powerplay and play second line minutes.

He is no longer a gamebreaker, but the veteran is a good candidate to score 15 goals. He could perhaps return to his 20 goal form of yesteryear if he plays with a skilled center like Ryan Nugent-Hopkins or Connor McDavid.

Dave Tippett got a lot out of another veteran scorer, Radim Vrbata, in his final years. Perhaps Vanek could be that player for Tippett in Edmonton.

F Patrick Maroon: Maroon had a tough season personally, scoring just 10 goals and finishing with 28 points in 74 games for his hometown Blues. He did score a huge overtime goal in the playoffs, however, and ended up winning the Stanley Cup for the team he grew up cheering for. Pretty damn good if you ask me.

Maroon is still on the market and unlikely to re-sign with the Blues. He has chemistry with McDavid and Leon Draisaitl, and is well liked in both the community and the locker room. I’d be surprised if Maroon landed back in Edmonton, but there is a fit here between player and team.

F Derick Brassard: If I were Holland, I’d be offering Brassard a contract right now. He’s coming off of the worst season of his career, but was poorly cast as a defensive center in Pittsburgh and never found a role with either Florida or Colorado.

Brassard appears poised for a rebound season with a more defined role. Edmonton can give him that, perhaps on a third line designed to dominate the soft-parade. Brassard scored 14 goals split between three teams a season ago.

D Dion Phaneuf: Most people think Phaneuf is no longer an effective player, and more also believe the Oilers don’t need to add a defender. Consider me in the party that disagrees with both of those thoughts. Adding a veteran defender on a PTO makes tons of sense. Adding Phaneuf could be a smart gamble as well.

After the Andrej Sekera buyout in June, the Oilers appear to be counting on at least one young defender making the jump. That would be ideal, but what happens if Caleb Jones has an up-and-down season like Ethan Bear last year? What happens if Bear, William Lagesson and Evan Bouchard all struggle and appear like they need more development time?

You need insurance. Phaneuf, who on a PTO would cost you nothing but time, could be solid insurance in a depth role.

Although he scored just six points (1-5-6) a season ago, Phaneuf did post a Corsi-for % of 49.1 at five-on-five. That was actually positive (+1.1%) relative to his teammates. On a bad LA team, Phaneuf played average hockey. He wasn’t the problem for LA by any means.

As a third pairing defender or an extra body, Phaneuf brings value and could help a struggling Edmonton penalty kill.