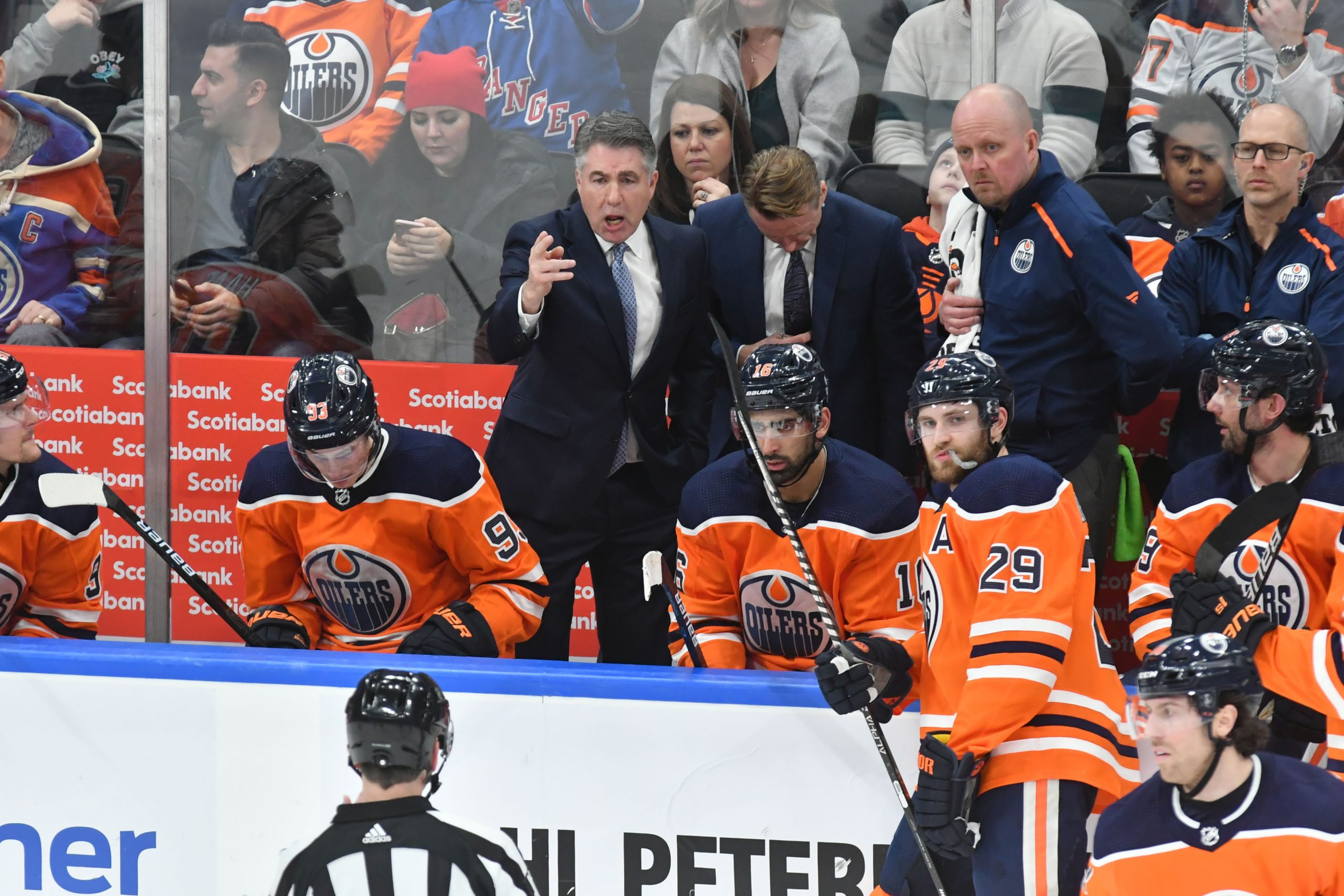 Hello from ‘Hub City Tampa’! I first off wanted to apologize to everyone for the lack of normal content here at ‘The Oilers Rig’. With training camp underway, this would normally be a time where I’m churning out pieces on a daily basis. This year has been a little different. I’m currently on-assignment in Wesley Chapel, Florida with the PWHPA and the Northern Cyclones of the USPHL. While covering multiple teams and calling games down here in the Tampa area, time to write has been, at best, minimal.

With the start of a new season just over 48 hours away, I wanted to change that tonight. Here are my thoughts on Edmonton Oilers training camp thus far.

Deeper Than Ever Before:

On Monday, we saw head coach Dave Tippett put four lines together that look awfully like a regular season lineup.

When GM Ken Holland inked Kahun to a contract on November 2nd, it opened the door for Tippett to spread the wealth even more. Back in July, at ‘Return to Play’ camp, Tippett put Nugent-Hopkins on McDavid’s wing in order to give the captain a legit top-six winger who also is a strong two-way player.

Unfortunately for the Oilers, it didn’t result in a play-in series victory over Chicago, and the club’s ‘postseason’ run was over in four games.

Nugent-Hopkins should be a fit for McDavid. He’s a two-way player that has played center and should, in theory, help McDavid’s defensive game. Plus, Nugent-Hopkins is a highly skilled player who should be able to cash in on those glorious chances that McDavid sets up.

This lineup, to me, is the strongest we have seen from the Oilers in maybe 15 years. McDavid is the best player in the world, and finally has a responsible winger who can cash chances. Draisaitl, meanwhile, was the MVP last season and is an elite player in his own right. He now has two solid wingers in the skilled Yamamoto and the underrated Kahun.

The line I really like is the third line. Turris is a significant upgrade on Riley Sheahan, who killed penalties well but was a blackhole at five-on-five. Jesse Puljujarvi has all the tools to be a strong middle-six winger, while Archibald is a tough and speedy player with enough skill to contribute in the NHL.

The Oilers are deep, believe it or not, on the wings. They also have three quality centers in the lineup, potentially four if McLeod can make good on the potential that made him a second round pick.

The Defense Will Be Better Than You Think:

Oscar Klefbom is done for the season, and could be done for good. No one, Klefbom included, really knows. It’s a major loss, but not the end of the world.

The addition of Tyson Barrie will help on the powerplay, and gives Edmonton a deep right side of the defense when healthy. Barrie is a dynamic puck mover who should help push the pace of play, while Adam Larsson is a an outstanding shutdown defender when healthy.

Both Ethan Bear and Caleb Jones emerged last season, and Darnell Nurse is a good second-pairing defender. The group isn’t perfect, and they don’t have a legit number one, but there are eight defensemen on this roster who can play in the NHL. There are nine if Evan Bouchard makes the jump.

Tippett has been rolling a depth chart looking like this throughout camp.

It’s not perfect, I’d like to see Slater Koekkoek instead of Russell, but it’s a competent group.

Goaltending Is An Issue:

Mikko Koskinen, who posted a .917 save percentage a season ago, is better than people give him credit for. The issue is, the Oilers will need two real NHL goaltenders this season. It’s debatable if they have them.

Mike Smith’s best days are firmly behind him, and he was a liability at times for the Oilers a season ago. Another year older, is it fair to expect Smith to rebound after a season in which he was a replacement level goaltender? I don’t think so.

The hope has to be that Smith can play roughly 20 games this season and play at the level he did in January and February of 2020. He played good, competent hockey during that two-month stretch, and was confident in goal. If he does that over his 20 games, the Oilers will be in position to win the division.

If not? Ken Holland is going to need to invest assets in a goalie or risk missing the playoffs. The backup goaltender matters in a season like this.

The Oilers waived five players on Monday. F’s Alan Quine and Patrick Russell hit the wire along with G Anton Forsberg. All were expected coming into camp.

Forsberg, should he clear, will remain in Edmonton on the ‘taxi squad’. Quine, who is an impact player at the AHL level and has had some nice stretches in the NHL, is probably in the same boat. Russell, meanwhile, is likely ticketed to Bakersfield of the AHL.

Also on waivers were forwards Jujhar Khaira and Joakim Nygard. These moves could be cap related, but it’s tough to see where they fit in the lineup.

Nygard could be the team’s 13th forward. He’s got good speed and skill, but has struggled to stay healthy. Khaira, meanwhile, has struggled mightily in his career at five-on-five, but is a good penalty killer.

Both Nygard and Khaira could end up getting claimed. Khaira’s toughness and PK ability will certainly appeal to some teams (hello, Bruins), while everyone is looking for speed and skill. Nygard has both and is on a cheap contract.

In terms of players the Oilers could claim? Look no further than down the highway in Calgary. Center Derek Ryan has long been coveted by the organization, and would be an upgrade on Khaira, Gaetan Haas, McLeod or PTO F Devin Shore.

* Gaetan Haas is confirmed to have tested positive for COVID-19, and has been isolating since December 28th. According to reports, he’s eligible to return to on-ice activity on Wednesday. I suspect he’ll start the season on IR. Same goes for James Neal, whose been battling injury.

Neal, at least, is on the ice and skating.

Michaels will be replaced on the radio by Red Deer Rebels voice Cam Moon. Kevin Quinn and Remenda will no longer be on-air and aren’t covering the team.