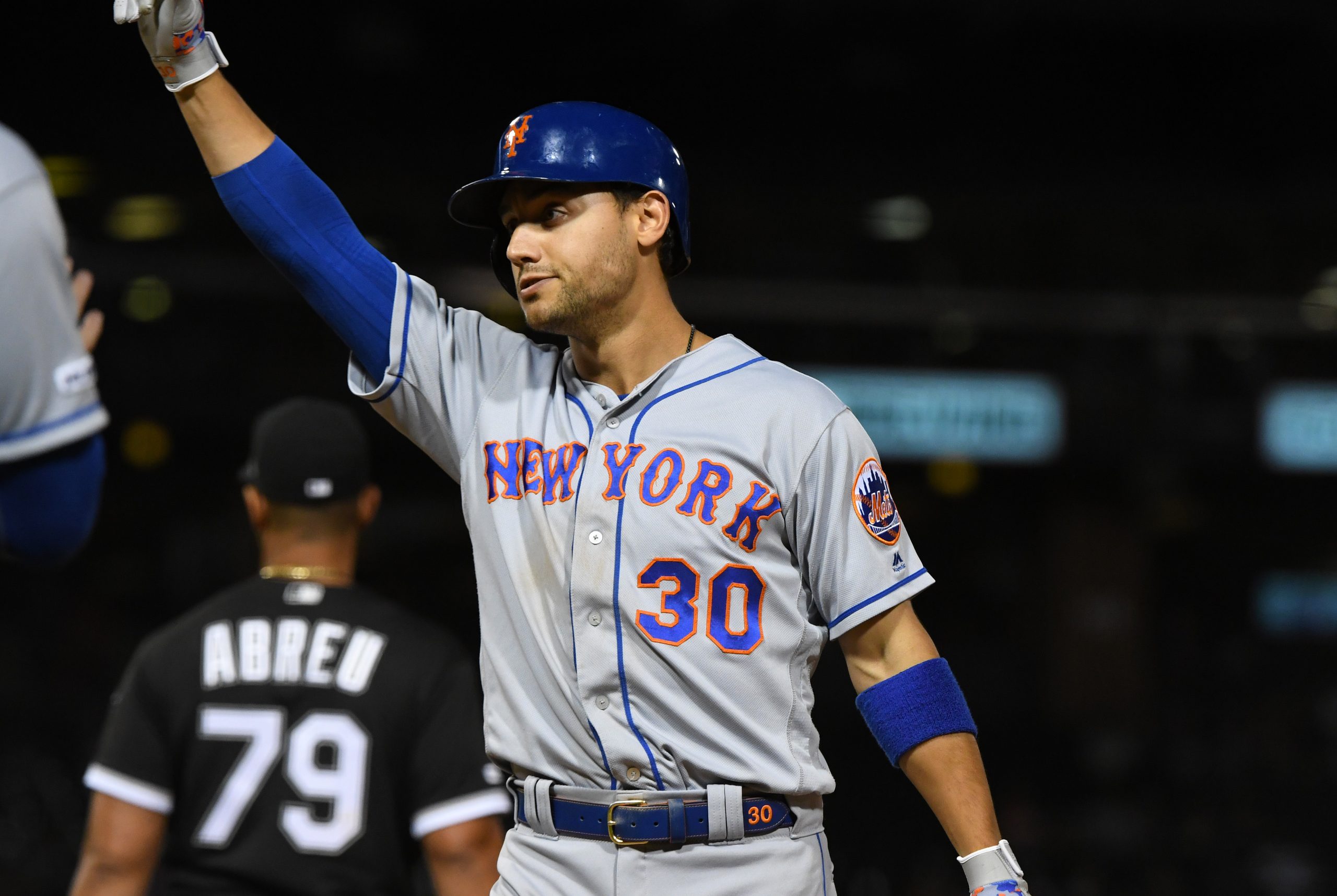 Each passing win is a siren … one that calls out to re-join the fray and believe that the Mets actually have a shot at this. Wednesday’s win featured not only the expected … another stellar outing by Jacob deGrom (seven innings, one run, 11 K’s) but the unexpected: The potential go-ahead run for Chicago taken away because Stu Scheurwater couldn’t get his ankle out of the way of a Jon Jay base hit up the middle, but the Mets actual go ahead run scoring in the ninth because Tim Anderson booted a Wilson Ramos ground ball … and think of how much boot you need to put to a ball to not be able to throw out Ramos.

So that’s six straight wins which bring the Mets to 52-55 for the season, and 11-5 since the All-Star break. Now those of you who read my nonsense regularly might remember when I laid out a plan when the Mets were 61-62 on how the team can make the playoffs. With Yoenis Cespedes back in the fold, the team had a real chance to go 26-13 and they did it to get to the NLWC game. Unfortunately, the Mets rolled down the hill after that. But now at 11-5 after the break, I figured I’d do another examination of how the Mets could get to the playoffs.

First thing they have to do, which is possible, is win the next four. One on Thursday afternoon against the White Sox, and three in Pittsburgh against the Pirates. It puts them at 15-5 since the break, which is a benchmark that Brodie Von Monorail set for his team. It’s tricky, but doable. Now, let’s look at the rest of the schedule. I’m going to put forth what I think is realistic with this team regarding the rest of the schedule, realizing that even though most of these series I’ll have at 2 out of 3 or one out of 3, there will be streaks good and bad which will make things better or worse. But play along with me and see where you stand.

Give or take a few games (perhaps they sweep the Royals, perhaps the Phillies/Nationals road trip is a disaster, perhaps they pick up an extra game against Cleveland or Arizona), 84-78 seems somewhat reasonable considering the schedule, as long as they win these next four. Now the question becomes: is 84 wins enough? 84-78 is six games over .500, which is exactly where the current wild card game road team is at (Washington is 57-51, and would currently visit either the Cubs or Cardinals in the NLWC, with the Phillies right there at 56-51 with a game in hand.) Is it reasonable for the Mets to catch who they need to catch by ending up at 84-78 and hope that everybody from Washington on down plays at .500 or worse? Not likely.

Now, give the Mets three extra wins, say one in Kansas City, and two at home against the Marlins or one against Cincinnati or Colorado, that gives them 87 wins which makes life interesting. But that would mean that the Mets would have to go 35-20 the rest of the way, which seems like a really, really, really huge ask of this team. You’d have to believe that Marcus Stroman is going to make a difference over Jason Vargas’ season this year. You’d have to believe that Noah Syndergaard will keep his latest run up (reasonable), Zack Wheeler will relax post-deadline and bear down (possible), and that Steven Matz finds some consistency after his Maddux against the Pirates (yeeeeeaaaaaahhhhh, okay.) You have to believe that Michael Conforto is finally ready to take off, Pete Alonso will find his stroke again, and Jeff McNeil will keep being The Squirrel. You have to believe that Justin Wilson, Seth Lugo, and Robert Gsellman will continue to improve, as they’ve done since the break. All somewhat reasonable, which means one thing:

This season pretty much rides on Edwin Diaz at this point.

Edwin Diaz, who is throwing fastballs pretty much exclusively making it easier to time him out, which is what Leury Garcia did on Wednesday. You have to believe that Diaz is going to find his slider, which is the hardest bit of hope to believe at this point. Give us 2018 Diaz (and 2018 Robinson Cano while you’re at it), and the race is on. Otherwise, I don’t think the math works in their favor. At best, this team finishes with an incredible run but have enough bullpen meltdowns to keep them at arm’s length (think 2001).

But that’s the road the Mets need to take. Win the next four, ride that to 32-23, hope everybody else beats up on each other enough for the Mets to sneak in. The Mets are starting to figure things out, just as I’ve figured out how to get this team close to the playoffs. It’s a tall ask and I’m just not sure it’s possible.

But the sirens keep calling.