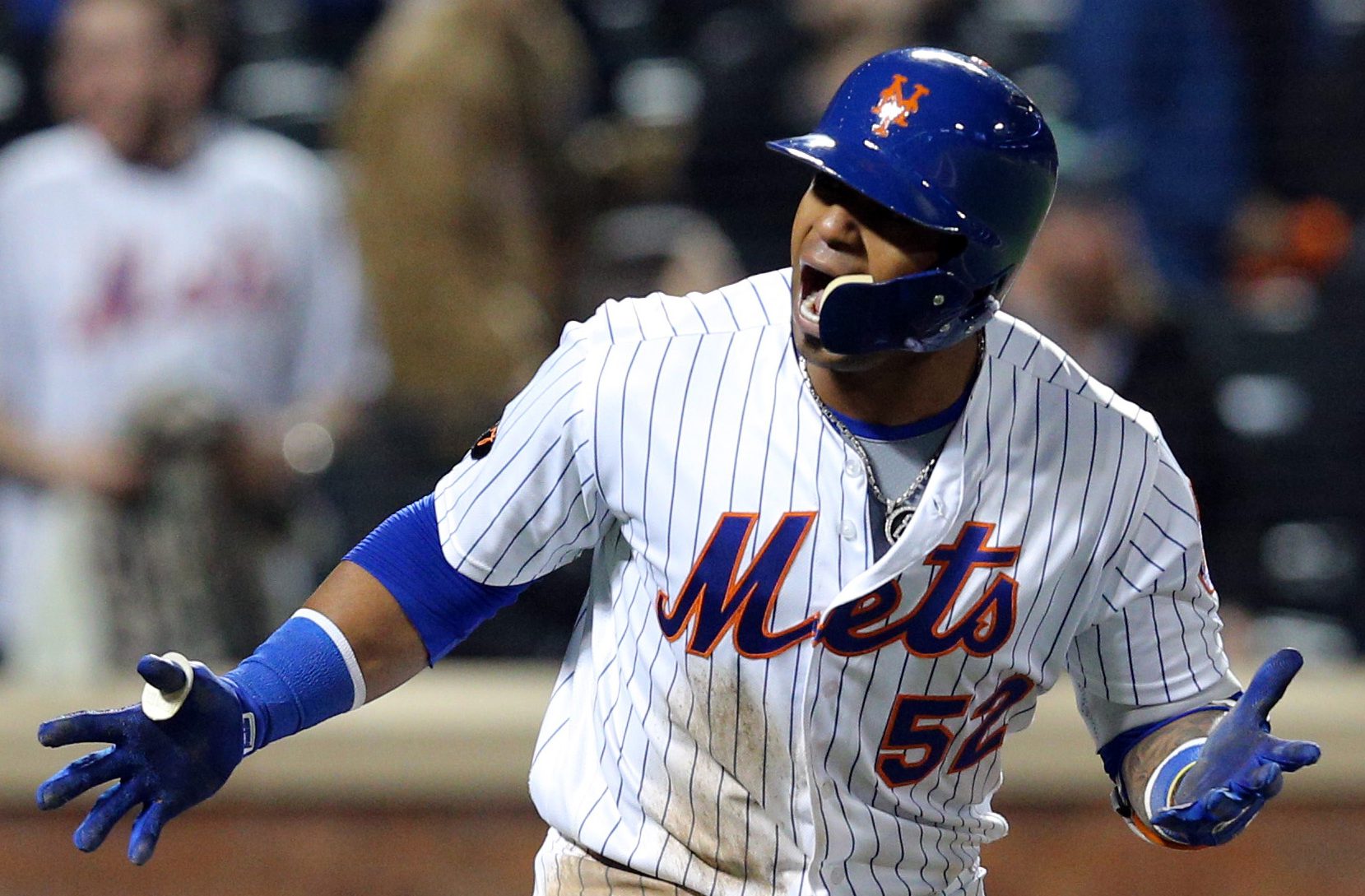 Last night would have been great even without Yoenis Cespedes’ grand slam that gave the Mets a nine-run inning. Coming back with five runs in the eighth to take the lead ended the momentum the Nationals had since their six-run eighth Monday night. Sweeping the Mets and cutting their lead over Washington to three games would signal that things were returning to normal in the NL East, where the Nationals were heavy preseason favorites. Instead, the Mets had their own great comeback and pushed the lead back to five games.  But Cespedes’ performance turned it into a special night.

Squawker Lisa and I were at the Mets-Nationals game in May 2016 when Matt Harvey gave up nine runs (six earned) and got knocked out in the third inning. It was a sign that the Mets were not going to roll past Washington as they did in 2015.

Tagging the Nats’ bullpen for a nine-run inning does not make the Mets a team of destiny, but it does let the Nationals know that they’ve got real competition this season.

So far, Cespedes poor start has not hurt the Mets, but that won’t continue, unless you believe that Asdrubal Cabrera and Todd Frazier will each continue to have an OPS over .900. (Frazier’s career high is .829 while Cabrera’s is .810). Cespedes’ career Mets’ OPS is .886.

After Cespedes was out of the starting lineup Monday night, he now has two hits in each of the last two games. Cespedes only had 11 hits the season up to then.

Cespedes does not necessarily need to carry the team as he did down the stretch in 2015.  But if last night’s grand slam does mean that he is returning to form. the Nationals will have a lot more to worry about than one bullpen meltdown.