Hockey After Dark Night #6: “The Morning After” Edition

Greetings and salutations from this, your ante merediem edition of “Hockey After Dark.”

The fine folks here at the PensBlog have already provided you with the definitive retelling of last night’s gong show of a hockey game, but I have a few additional observations.

The NHL’s “if your helmet comes off, you must leave the ice” rule came dangerously close to being exploited by the New York Islanders in the 3rd period of the Penguins’ narrow 5-4 victory.

Per the NHL rules:

Specifically, when John Marino’s helmet was ripped from his head and he was forced to take himself out of the play, the Islanders took advantage of the virtual power-play and out-manned the Penguins to the tune of a Cal Clutterbuck goal.

As an isolated incident, okay, whatever: but New York pugilist Matt Martin saw the advantage of this, and knocking off Penguin helmets became a focal point of the Isles for the remainder of the game.

This has the potential to be a thorn in the side of the NHL if the Islanders (or any other team in the playoffs) make removing the opponent’s helmet a tactical part of board battles (again: if a player’s helmet is dislodged, he must disengage and either retrieve his helmet and put it back on or leave the ice).

If the NHL’s officials do not (correctly) call a penalty on the helmet remover, expect chaos.  Helmet removal should be an immediate point of emphasis on par with the “Avery Rule.”

If you’re unfamiliar, back in 2008, noted pest Sean Avery posted up in front of New Jersey Devils goalie Martin Brodeur and basically performed a mime routine with his back to the play.

If this sounds absurd, it was:

The bizarre part about Avery’s antics is that they worked.  The NHL and players wanted nothing to do with shenanigans of this type, so they immediately altered the language of “Unsportsmanlike” penalties so that this behavior would result in a penalty.

In the case of player helmets, the league already has the proper rule on the books; however, the on-ice officials need to correctly call these infractions.

The biggest impact of Evgeni Malkin on Thursday night was his role as the power-play conduit.

As I noted following the Penguins’ narrow 2-1 win on Tuesday night, the Islanders looked quite content to let Kris Letang be the puck carrier into the offensive zone on Pittsburgh power-plays.

Kris Letang is a special player, but aside from his amazing Stanley Cup-winning goal in 2016, he’s not the ideal puck distributor, especially as the first person into the offensive zone on a power-play.

The effects are palpable: the Islanders respect Malkin’s skill and their defenders backed off, they yielded space to Geno, and that enabled Malkin to exploit the provided shooting lane by way of finding Jeff Carter, the Penguin’s current Conn Smythe contender.

Speaking of contending, it’s become apparent that New York has accepted that it lacks the skill to compete with the Penguins, so the rest of this series will be a muddied call-back to the mid-1990’s.  The Islanders ran Jarry twice, with both infractions ceding the Penguins their only man-advantages of the night.

Matt Barzal finally made an impact on the scoresheet, notching two assists.  Barzal is extraordinarily dangerous anytime he’s in the center of the ice independent of whether he’s low (near the Penguin’s net) or high (by the blue line).  This is Barzal’s bread-and-butter area, and Pittsburgh let him linger there for too long, and that’s when he exacted his damage.  Expect a returned emphasis from the Pens on pushing the Datsyukian Barzal toward the boards where his skills are neutralized.

Geno recorded two assists in the win, but his line was at times a possession black hole.  It’s hard to pinpoint exactly why beyond the obvious: 16/71/19 had trouble clearing the puck out of the defensive zone.

On the plus side, #16 Jason Zucker had a moment- literally, a moment!- of absolute genius, successfully stick-handling and shooting in a singular motion that absolutely caught Semyon Varlamov (and, frankly, me) stunned:

Incredible hands.  That type of play is why the Penguins invested their 2020 1st Round Draft pick to procure the former Minnesota Wild winger.

Finally, as I wrote prior to Game 1, the standard of excellence for Tristian Jarry is not Marc-Andre Fleury or Matt Murray: it’s Tom Barrasso

Jarry may have once invoked comparisons to Marc-Andre Fleury because of his athleticism, but a more fair comparison may be former Penguins netminder Tom Barrasso. Jarry may not shut the opponent out, but all he has to do is allow one fewer goal than what the Penguins score. That’s it. That’s the standard of excellence.

If Jarry provides a lights-out performance (like he did in Game 2), great, even better.  But the Penguins are built for offensive fire-power with the related expectation that Jarry won’t be required to steal games outright, just keep Pittsburgh afloat.

Long story short on Jarry: he’s doing fine.  Literally every single Penguins’ fan would have taken a 2-1 series lead entering Game 4, and that’s exactly where the team is at.

For all of the superlatives lavished upon Tampa Bay’s goalie, Andrei Vasilevskiy, he has surrendered 11 goals and is sporting a 3.56 GAA and a pedestrian save percentage of .908.

The presumptive 2021 Vezina Trophy winner gave up 6 goals last night (including the OT winner to Ryan Lomberg), a stat made even more remarkable when you consider that Aleksander Barkov missed the majority of the first period with injury.

Patric Hornqvist was a vital cog for the Panthers’ comeback win, notching a goal and an assist in the third period to force overtime as the Lightning surrendered a 5-3 lead.

Home ice advantage has meant absolutely nothing in this series (the visiting team is 3-0), a trend the Lightning will hope to reverse in Game 4.

The Minnesota Wild jumped on Marc-Andre Fleury early to the tune of two first period goals, but it all went downhill for Minnesota in the second stanza.

Marc-Andre Fleury would only face a total of 16 shots in the entire game, and the Golden Knights rattled off five unanswered goals (including an empty-netter by Mark Stone) to retake home ice advantage in the series.

With Captain Max Pacioretty getting close to a return, the Golden Knights may have finally cracked the offensive code against the Wild and are poised to take a commanding 3-1 series lead on Saturday night.

All of that went out of the window halfway through the first period when John Tavares, the Captain of the Toronto Maple Leafs, was accidentally knocked unconscious by the knee of Canadiens forward Corey Perry.

Tavares had been knocked to the ice, and was just rolling over when Perry attempted to avoid running into the Maple Leaf player.

Despite Perry’s well-documented history of being Marchand-light, the contact was completely unintentional.

Tavares’ teammate, Wayne Simmonds, was candid about the effect on Toronto’s play:

The game was tight throughout, with Corey Price playing outstanding in net for Montreal.  The Canadiens would take the lead for good when Paul Byron turned in an exceptional short-handed effort:

This series, which was widely anticipated, has at least temporarily taken an appropriate backseat to universal concern over Tavares’ health.

Toronto will have to regroup quickly though, as the two teams play Game 2 on Saturday, and will have Games 3 & 4 on back-to-back nights starting on Monday. 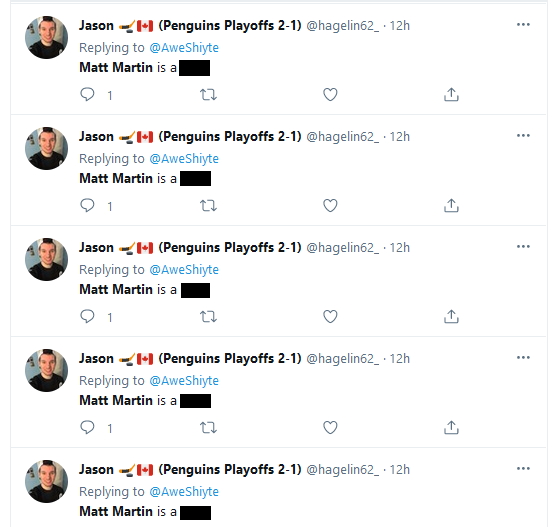