In Appreciation Of Bill Buckner 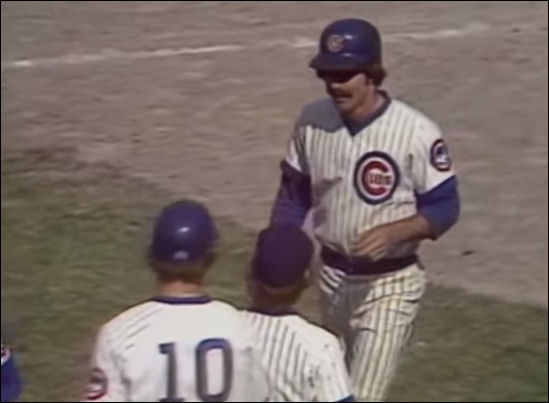 With the game tied in Game 6 of the 1986 World Series in the tenth inning after a furious Mets comeback tied the game, Mookie Wilson hit a ground ball that ambled it’s way up the first base line. Right before the first baseman set his feet to field the ball, I said in a muted but audible voice:

Of course, I never really thought the first baseman would miss the ball. But just to the left of his first baseman’s mitt was where the ball would escape and find the right field grass. Howard Johnson threw his bat in the air in the on-deck circle. Ray Knight put his hands to his head in disbelief. I ran around my room like a loon and had a phone conversation with my friend until six in the morning. The Mets had Game 6 of the World Series won thanks to a moment which would grow in mythology by the day.

Bill Buckner trudged off the field … many of those steps were caught by NBC’s cameras, and that was where the myth of Bill Buckner was born. He was a hell of a ballplayer. But then, the moment that he will forever will be associated with happened. And for a while, he was known as a joke. A punchline. A verb, even. (“He Buckner’d it.”) It all seemed unfair to a player who at that point had 2.464 hits in the show, and won a batting title in 1980 with the Chicago Cubs.

But Bill Buckner somehow turned the moment which would have caused most to go into hiding into something that was a part of the game, and a part of his life … albeit a cruel part of his life. He had always said that many of the sympathy letters he received in the aftermath of the play were from Mets fans. Buckner went on to appear at card shows with Wilson. He even appeared in an awesome episode of Curb Your Enthusiasm where he caught everything thrown to him, including a baby that bounced away from him.

There were two players in the 80’s who were on the wrong end of iconic baseball moments. There was Buckner, and there was Dennis Eckersley, who gave up Kirk Gibson’s Game 1 home run from the 1988 World Series. Both players handled their twists of fate with the kind of grace and peace that we all wish we could store for bad events that happen to us in our lives. Cosmic forces intertwined the two as they were traded for each other in 1984. Funny how baseball works.

There’s a lot of focus on the totality of Buckner’s career today, as Buckner has passed away at the age of 69 after a battle with Lewy body dementia. Buckner had a career that most players outside of those who reached the Hall of Fame would kill for. Considering how Buckner handled the one most visible moment of his career, he probably wouldn’t want you to whitewash that part from memory. Talk about the grounder. But also remember how he responded to it.

Religious people would tell you that God wouldn’t give somebody a burden that they couldn’t handle. Whether you’re religious or not, you’d agree that Buckner had an excellent career and handled an iconic moment by showing us what a first class human being does with a burden. He never bemoaned his fate. Never complained that he should have been pulled for Dave Stapleton as a defensive replacement and never should have been put in that position. Handled everything with as much grace as anybody could hope to have.

As a Mets fan who remembers that moment like it was yesterday, I stand and remember Bill Buckner today. And I’m applauding.

To a great career and a resilient heart. God speed.