It Was The Rat All Along 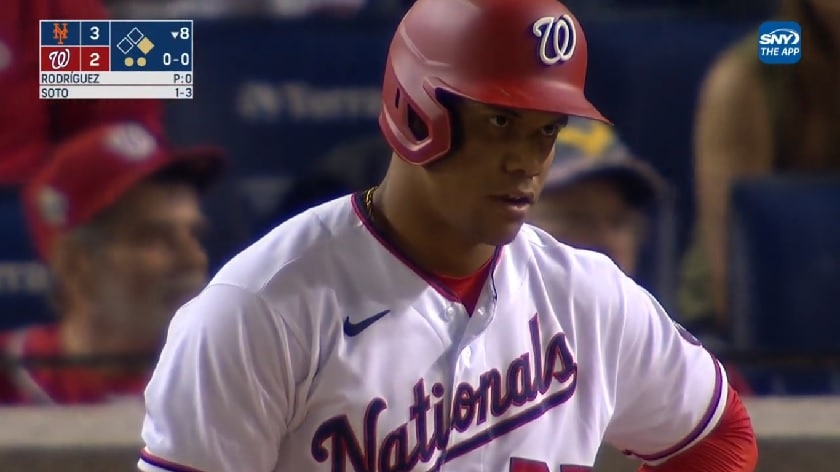 I apologize in advance for sounding like a broken record. But there have been many times that I have seen a Mets win this season and thought “they lose this game last year.” Tuesday’s 4-2 victory in Washington, I’m convinced, is a game they lose last year.

Yes, a lot of it comes down to approach. You have a 0-0 game for a few innings as Carlos Carrasco was matching zeroes with Patrick Corbin (even though I’ve been told that Patrick Corbin struggles against the Mets). Then the Nationals get a 2-0 lead by the end of the 5th inning. So the Mets come back to load the bases in the 6th to bring up Jeff McNeil.

Now how many times last season have you seen the Mets threaten with a rally from behind, only to see that rally snuffed out by two strikeouts and a fly ball? For that matter, how many times have you seen Jeff McNeil swing for the moon with the bases loaded only to walk to the dugout cursing enough to make sailors blush? Yeah, a lot. Right? But this year, the Mets as a whole have been making contact and getting hits that were more timely. As for McNeil? He’s been the McNeil we fell in love with in 2018 and 2019. Seeing the ball, and hitting the ball. And not worried about all the analytical ballroom dances that have made some hitters look like Fred Astaire while giving others like McNeil two left feet.

McNeil smacked one off of Josh Bell’s glove for a two run double to tie the game, and then James McCann hit a sac fly to give the Mets a 3-2 lead. I truly believe that this is a rally that never exists in 2021. The Mets have a real owner, a real general manager, a real manager, some real players, and a real and flexible approach to hitting that works for everyone. All of that went into their sixth inning rally. Good luck charms need not apply. Try as they may …

Even freakier than the fact that this rat was on the field right after McNeil’s hit and right before McCann’s sac fly, but this happened one year and three days to the day that Rat vs Raccoon happened. I don’t know what that means except to say that Jeff played the long game and was vindicated.

Jeff McNeil confirms, it was a rat out on the field 😂🐀 pic.twitter.com/We15QuvL77

The big plays in this game came with the Mets hanging on to that 3-2 lead. McCann threw out Dee Strange-Gordon trying to steal second with two out in the 7th to end that threat. Then in the 8th, after Drew Smith got the first two outs which sandwiched a walk, Buck Showalter brought in Joely Rodriguez to face Juan Soto.

It took one pitch ……

Joely Rodriguez gets Juan Soto on one pitch to finish the 8th!

(and Drew Smith is now up to 13.1 scoreless innings to start the year!) pic.twitter.com/RknIGacERE

The Mets got an insurance run and Edwin Diaz slammed the door shut with a game ending double play. The Mets are now 21-10 with two more against Nationals coming up. If the good luck rats want to storm the field and terrorize Juan Soto, they’re more than welcome to. Maybe it’ll convince Soto to demand a trade to Seattle to finish out his contract before Steve Cohen offers him a billion dollars and all the Shake Shack he could eat to play at Citi Field until I retire. Go rats go!