It’s Too Hot To Cover First Base 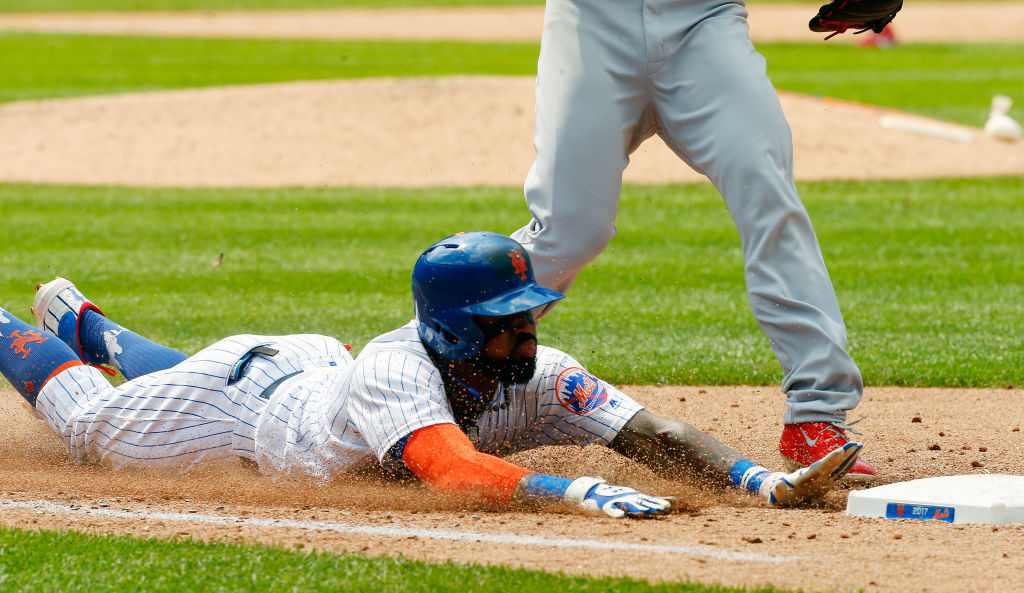 The heat will make one do crazy things. It obviously also makes you not do routine things. The “real feel”, according to my phone, reached 106 degrees today. Humidity is a bitch. So I get it, Trevor Rosenthal. I get that a hot day will make you forget to cover first base on a grounder down the first base line. You know, the thing you practiced every day in spring training in Florida … where it’s also humid.

Well, far be it from me to split hairs on how the Mets get their wins nowadays, whether it be from the power of Lucas Duda and Wilmer Flores (both hit solo home runs today) or the death of Cardinals baseball as we knew it. (Millenials, ask your moms and dads.) The Mets will take wins as they are given to them.

Seth Lugo did well today against the typical getaway day lineup, which included Greg Garcia and Eric Fryer in the bottom three. The one part of the lineup that could hurt him did, as Tommy Pham drove him both runs with a double and a home run. It was setting up to be one of those terrible losses to a lineup that had limited landmines, especially after Pham’s home run in the eighth. But in the bottom of the eighth Terry Collins sent Flores up to face Brett Cecil, hoping he would mash another lefty. Flores, who has a career slugging pct. of .500 against lefties, crushed a game tying home run to set up Rosenthal’s defiance against extra innings on humid days.

Flores has been a forgotten man around these parts … he’s only had 18 at-bats in July. It makes you wonder about his future here, especially with T.J. Rivera on the team. With Neil Walker most likely leaving and David Wright most likely in traction for the rest of the decade, The Mets will need to fill holes at second and third. Unless they bring Jose Reyes back to take up a roster spot as a mentor (don’t get me started), you have Flores and Rivera at second and third. From what you’ve seen out of the Mets infield defense this season, do you really think the Mets can have both of these players in the same infield … ever?

From that you have to think one of Rivera/Flores will be gone next season, if not by the deadline. With both of them being fan favorites for different reasons, some heart strings will be torn up and fed to wolves. You can platoon them, and that’s the only way that would work. But would Flores be happy with that? Some other team would be willing to give Flores a full shot, I would think.

I don’t know why Flores is where my steam of consciousness went, but it’s a perfect segue into Jay Bruce’s comments about being traded, which are actually quite hysterical:

Now Jay, you play for an organization who traded their number one prospect for a pitcher with a 4.47 ERA, so “crazy” is a relative term around here.

But it’s the “if they have a chance” that’s key here. Josh Chapdelaine and I discussed this on our soon to be award winning baseball podcast, and the key is getting other teams interested in what the Mets have once they decide that they’re buyers. Josh brought up Tampa for Bruce, and that works because Steven Souza Jr. can go to left field, or Bruce could be the DH. But to get something really good they’ll probably have to do what the White Sox did and bundle their assets. If they can attach Addison Reed or Jerry Blevins, then maybe they can get a good prospect back instead of just the middling AA guy who has been in the minors for eight years. Perhaps Colorado is an option with Carlos Gonzalez falling off the face of the earth.

(What a world we live in: Colorado and Tampa as buyers and the Mets as sellers. Who put the multi-verse on shuffle?)

So Bruce knows that the Mets would love him as long as they wanted, then someday they’d leave him for somebody new. Is that day in July? Or is that day in November after he rejects the Mets’ qualifying offer?

Bruce couldn’t be making it more obvious that he wants to test free agency. And he also seems to be kinda sorta hinting that he should be on a contender. It’s like an Asdrubal Cabrera trade request but with more finesse. At least his value isn’t completely destroyed.