Jacob deGrom Named Pitcher of the Year By Baseball Digest 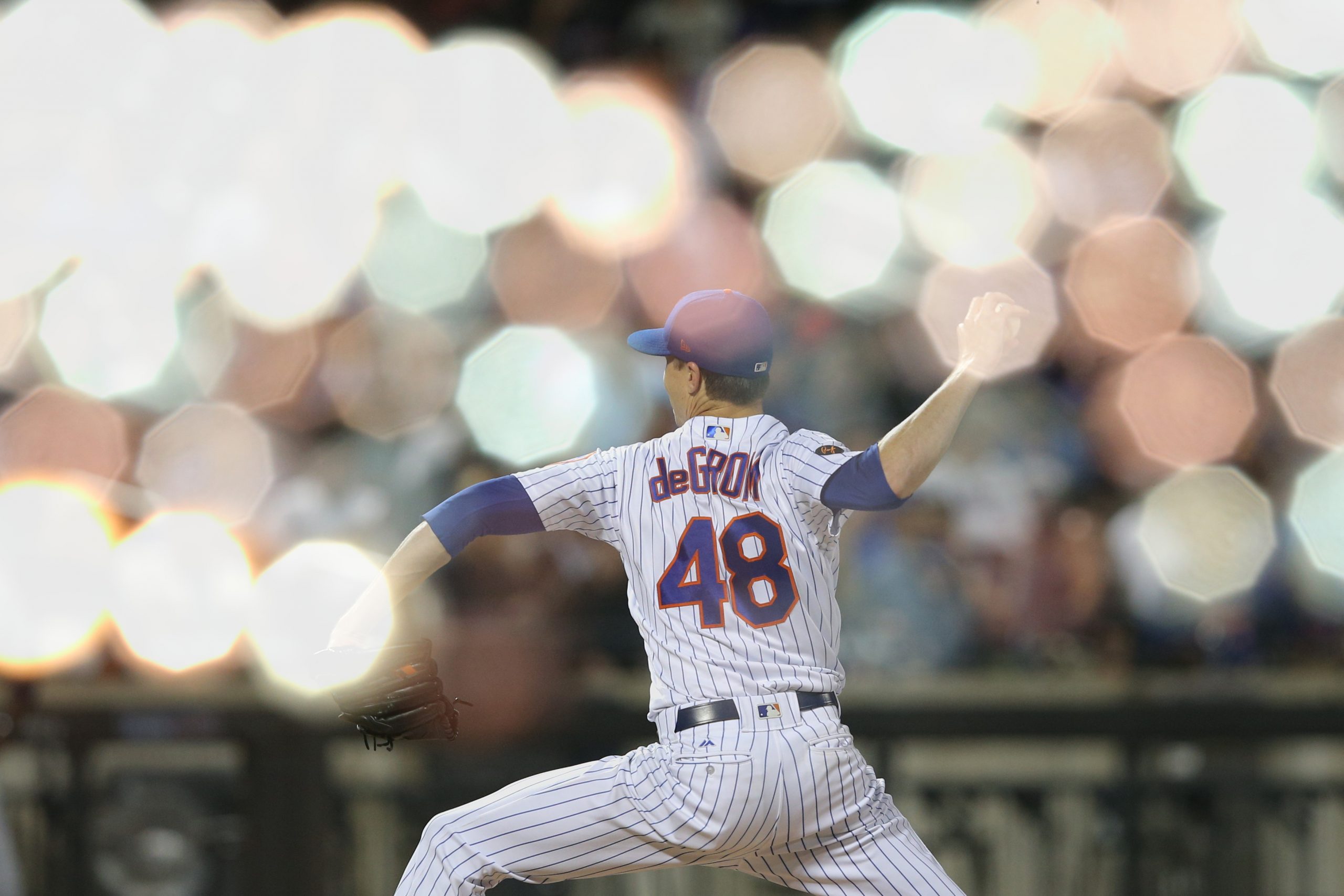 New York Mets’ ace Jacob deGrom will have to make room on his mantle for some more hardware. Although the National League Cy Young Award results won’t be announced until November, deGrom has already received at least one award for his excellent season. deGrom was tabbed as the Pitcher of the Year by Baseball Digest, MLB.com’s Daniel Kramer reports. The long time baseball magazine handed out Pitcher, Player, and Relief Pitcher of the Year Awards through a 15 person blue ribbon panel that includes broadcaster Bob Costas, MLB Network host Brian Kenny, and former Mets’ General Manager Jim Duquette. deGrom received all 15 first place votes in the Pitcher of the Year balloting.

This unanimous decision serves as further merit for deGrom’s case for the Cy Young. deGrom only put together a 10-9 record thanks to lousy run support and defense from his teammates, but he led the league in ERA by a wide margin over challengers like Aaron Nola and Max Scherzer. Advanced metrics also indicate that deGrom was a superior pitcher than either Scherzer or Nola in 2018. Baseball Digest pointed out that deGrom was the first pitcher ever to record at least 260 strikeouts, 50 or fewer walks, 10 home runs or less allowed and a sub 2.00 ERA. deGrom also racked up 24 consecutive quality starts to end the season, the longest streak in major league history and one that he will carry into next season.