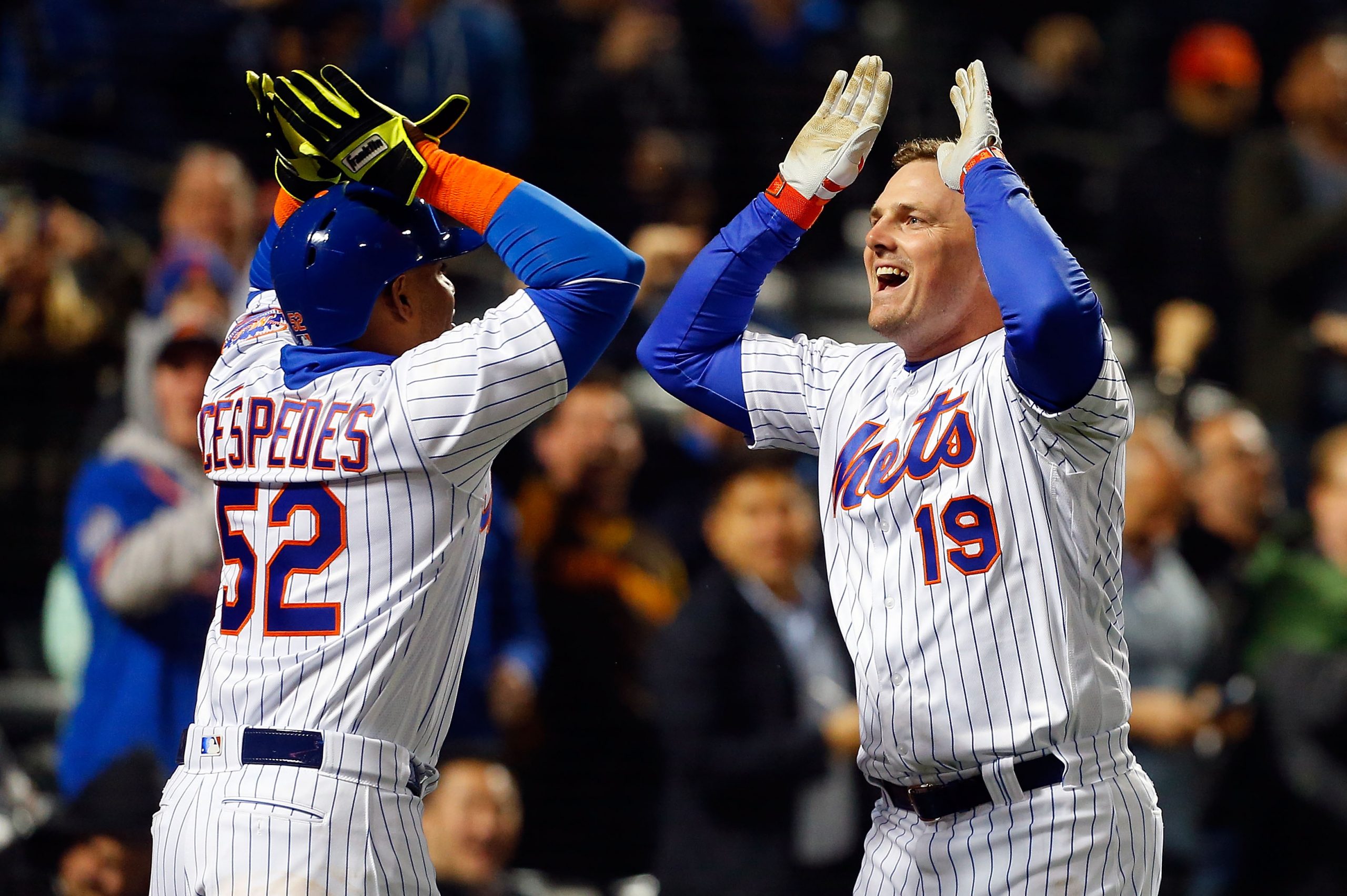 File that under “headlines you never thought you’d read in 2017”. Along with a lot of the other headlines from world events you’ve seen this year, now you can add “Jay Bruce Saves The Day”. They all laughed at me when I said that Jay Bruce was going to have the greatest April in the history of Aprils. They laughed when I told them that he was going to make John Buck’s April “look like flea and tick powder”. As well they should have, because I don’t know what the hell I was talking about with that analogy. I mean, what makes flea and tick powder this insignificant thing? Ask cats who have fleas how important that stuff is, right? (Look, I was knee deep in flu mode when I wrote that and I just wanted to get the hell to sleep that night, okay?)

The Mets were on their way to another lifeless loss to the Phillies when Bruce smacked a three run home run to cap a two run rally in the sixth to give the Mets a 3-2 lead. Then after Aaron Altherr was driven in by Michael Saunders to tie the game, Bruce did it again in the 8th with a two run homer to give the Mets the lead for good. The Phillies tagged lame duck closer Addison Reed for one in the ninth but he bounced back to close the door gently on the Phillies for a 5-4 victory. But there were a couple of small problems. Remember this?

Yeah. I remember this too. Travis d’Arnaud had a little fun with Ray Ramirez and his reputation as Dr. Death. Ha ha, very funny. But here’s the thing about Ray Ramirez: When he comes for you, just accept it. Succumb to Ray. Or else Ray will find you. And he will kill you. Oh … and he’ll take one of your friends too, like Lucas Duda, who left the game after hyperextending his elbow catching a throw by Robert Gsellman that “just happened” to go wide. Then d’Arnaud left the game as Altherr “just happened” to step in the way of his throw to second base. Yeah … “accidents”.

Ray will find you, and Ray will kill you. And your friends. Let’s just hope Bruce doesn’t die playing first base.