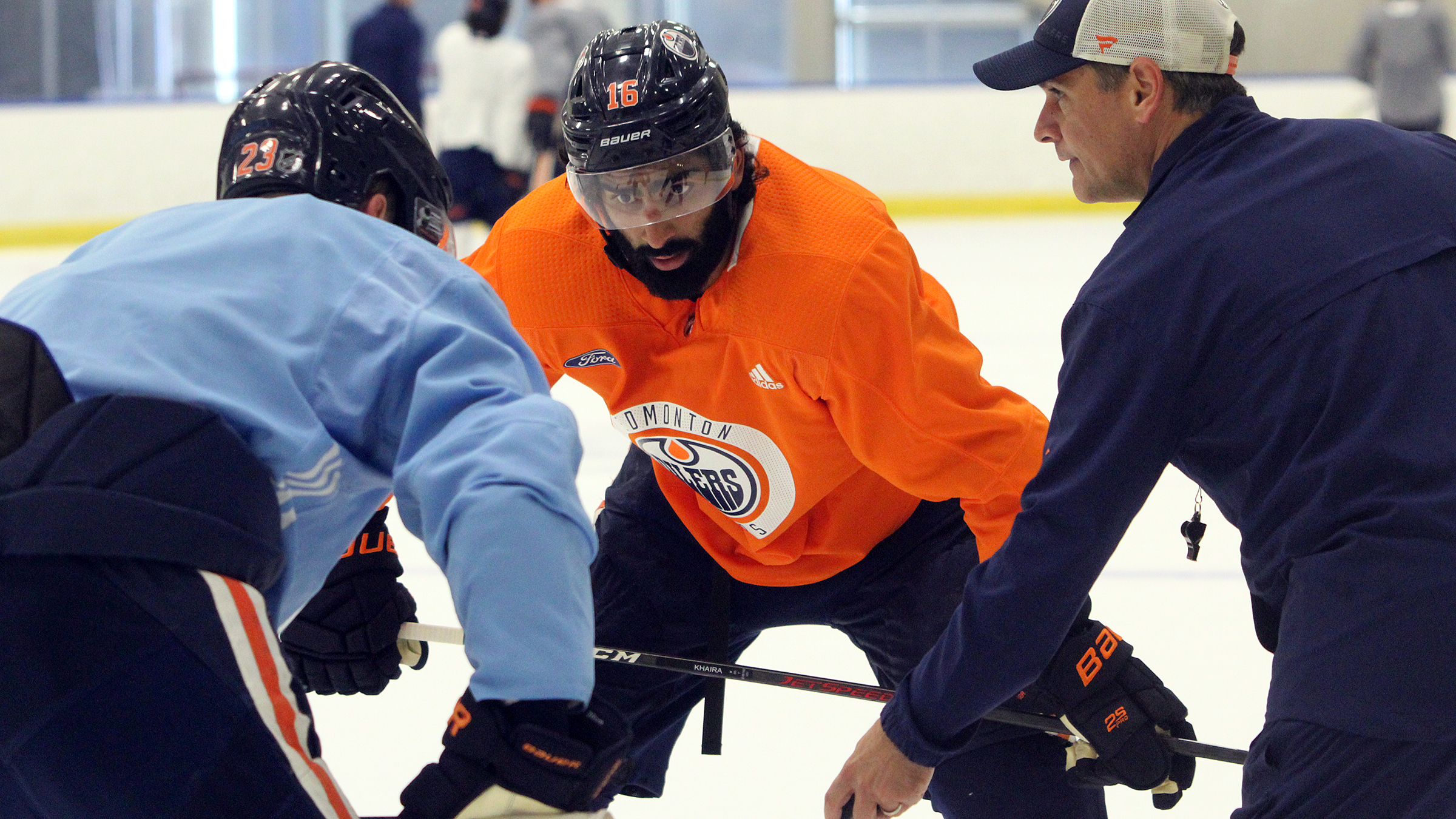 It’s been a tough last two seasons for Jujhar Khaira. Khaira jumped to the NHL full-time during the 2017-18 season, playing in 69 games and scoring what remains a career-high eleven goals. Expectations were that Khaira would emerge as a consistent 10-15 goal scorer who could punish opponents.

It hasn’t worked out that way. The big winger scored just three goals in 2018-19, and tacked on six more this past season. The offense just has not been there for the 63rd overall pick in the 2012 NHL Entry Draft.

Perhaps a return to basics is what Khaira needs. Mostly used as a left winger in the NHL, Khaira returned to his native center ice position in March. He played arguably his best hockey in two years leading up to ‘the pause’ after shifting positions.

The position shift has carried into ‘Return to Play’ camp. Khaira is centering a heavy line that can shoot the lights out with James Neal and Alex Chiasson. It’s a spot that, quite frankly, Khaira is comfortable in.

“I love playing centre,” Khaira said on Saturday to 630 CHED’s Reid Wilkins. “For a while, I was used to it on the wing. Remembering back to juniors and the American Hockey League, I was coming up as a centreman.”

Khaira’s best hockey in Edmonton also came with him down the middle. He was quite honest when assessing his move back to the middle.

“Coming back into the middle here, I took a while to pick up on some habits, and there are still some habits I need to brush up on,” Khaira continued. “I definitely feel comfortable in the middle, and it’s where I want to be.”

If Khaira can provide the offense and consistent play he did in 2017-18, it’s where the Oilers will want him to be too.