Just Who Is Skyler Brind’Amour? 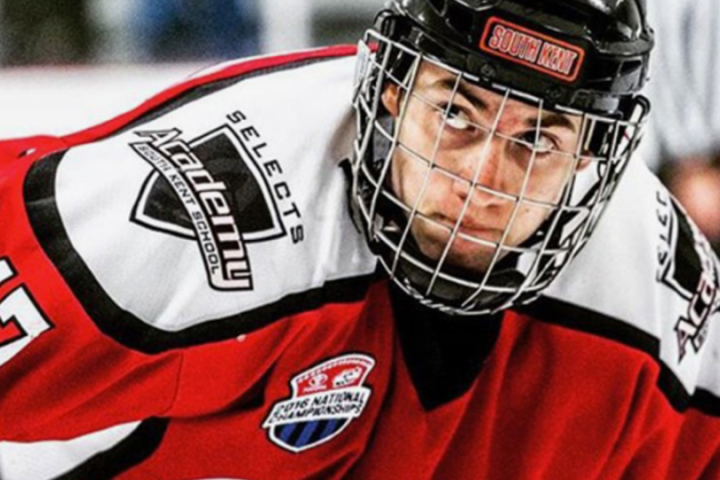 To many hockey fans, the name ‘Brind’Amour’ must look awfully familiar on the back of a jersey, and for good reason. Son of former NHL stalwart and two-time Selke trophy winner Rod Brind’Amour, Skyler Brind’Amour was selected by the Oilers with the 177th pick in the 2017 NHL draft.

Skyler is embarking on his NHL journey with much less fanfare than his father, who was the ninth overall pick in 1988 by the St. Louis Blues, although you can be sure that the younger Brind’Amour will be looking to make a name for himself.

So… Just Who Is Skyler Brind’Amour?

Brind’Amour, a 6’2 centre weighing in at just 170lbs, played eight games for the United States National Team Development Program in the USHL last year. He managed to score once in those eight games, his lone point during that span.

This is what Brendan Ross, a scout with the OHL’s London Knights, had to say about Brind’Amour in 2015:

The son of former NHL star Rod Brind’Amour, Skyler was one player who immediately caught my eye at the OHL Cup. He’s a big kid with a great frame to build on and he owns some solid fundamental skills. At 6-foot-1, Brind’Amour has good length and he uses it as an advantage in his attacks. His puck skills, especially in traffic, are very impressive showing very little panic. His on-ice reads were excellent identifying soft areas and playing to them. Brind’Amour plays an OHL-style of game using quick touches and can extend possession time with his confident puck handling abilities. He came into the tournament as an unknown for me but quickly climbed my draft rankings.

The word on Brind’Amour seems to be that he’s a fairly well-rounded player with an interesting mix of offensive and defensive tools. He has a good frame to grow into, but he’ll need to gain strength and pack on some muscle over the next several years. If his dad is any indication, Skyler does have some encouraging bloodlines. For those of you who don’t know, Rod Brind’Amour was/is a physical specimen and gym rat:

Skyler will be spending the 2017-18 season playing for the Chilliwack Chiefs of the BCHL, a strong junior A club that made it to the league finals last season. After spending a year with the Chiefs, the young centre has committed to joining Michigan State University, the same school that his father played for almost three decades ago.

For Skyler, it will be important for him to establish himself as a dominant player at the junior A level before he moves on to the NCAA. This is a player who hasn’t spent a lot of time competing against top flight talent, so this coming season will be telling as to what kind of prospect the Oilers have on their hands.

Thankfully, there is no reason to rush Brind’Amour. The Oilers will be able to ease him along slowly and carefully, letting him hone his overall game and develop at his own pace. We can expect him to spend several years at Michigan State before turning pro.

Selecting Brind’Amour in the sixth round seemed like an appropriate spot in the draft to take a chance on a skilled, project-type player. I’m looking forward to monitoring Brind’Amour’s progression in Chilliwack this upcoming season, and at Michigan State in the years to follow.