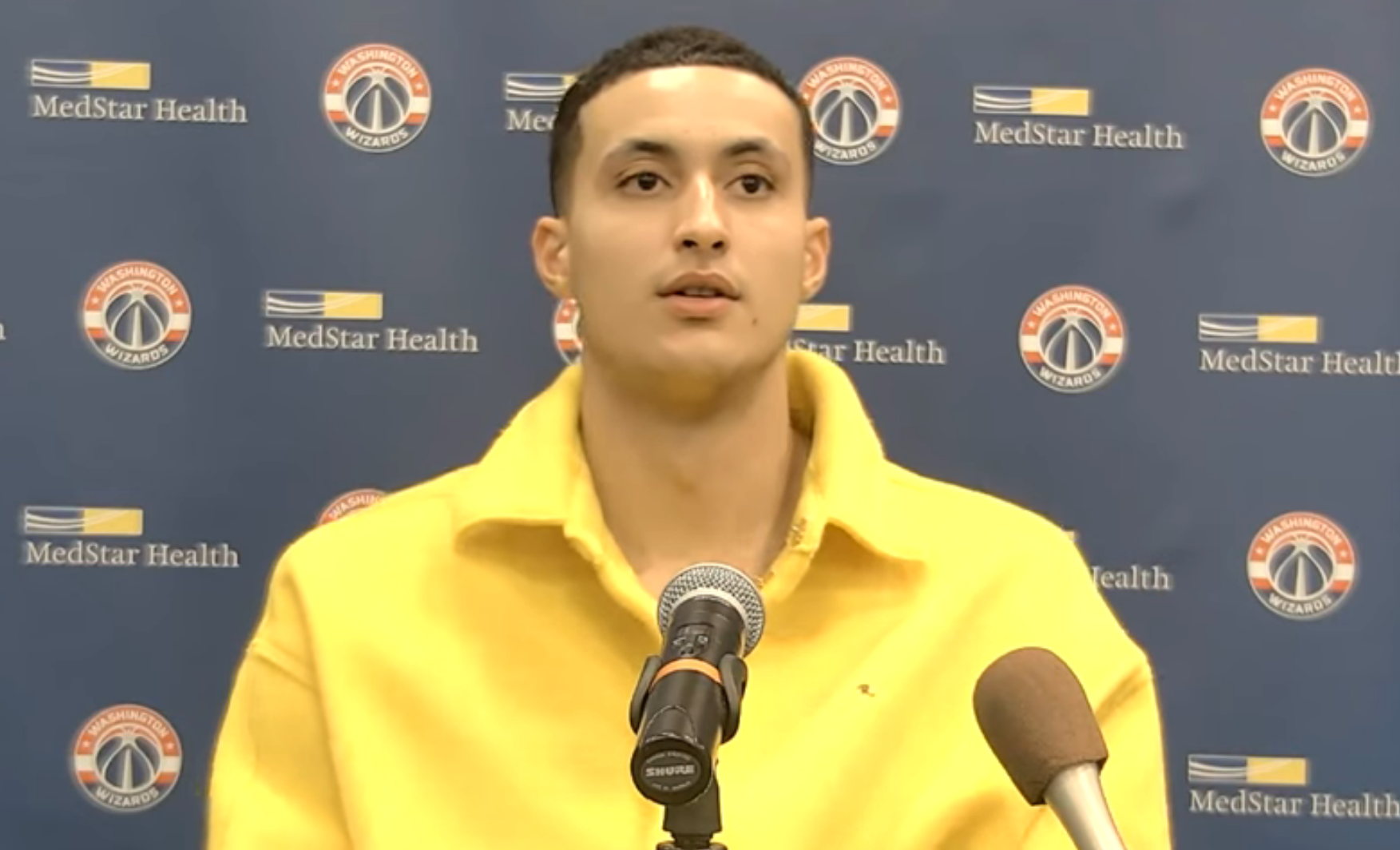 The Washington Wizards got a huge win on the road over the Philadelphia 76ers, 106-103, bouncing back from the previous night in Milwaukee and ending a season-worst six-game losing streak. Kyle Kuzma, Spencer Dinwiddie, and Wes Unseld Jr. spoke to the media after the game. Here are their top quotes, listen here:

Kyle Kuzma on his clutch defensive stop:
“I think it was huge for us. The biggest thing in that moment, I remember how much time was left like four or two seconds or something like that, but we just wanted to keep bodies on bodies. Our plan was to switch one to four or really one through five prior to the ball coming in and after and obviously we knew the ball was going to the MVP and I saw him driving, I was there, I came to be the low man about to take a charge and he made a hell of an adjustment making a euro and I knew if I would’ve stayed there it probably would’ve been an and-1 or foul so I kind of just moved out of the way and luckily got a hand on it.”

“That was huge. For us, defense was good at one point in time and then lately it hasn’t but any time you can get a game-winning stop defensively, it’s a good camaraderie boost.”

Spencer Dinwiddie on the challenges of playing a back-to-back:
“Obviously Philly has some really passionate fans and they have a good team as well and arguably the MVP so you land at 2 or 3 a.m. and you just gotta try and get your rest and when you start walkthrough and shifting gears because that was a tough loss in Milwaukee. You want to stay locked into the scouting report and just take it day by day. Don’t get too caught up in what can happen in the future or anything, just live in that moment and approach the game, do your body checks and make sure you’re ready to go physically to approach that game.”

Wes Unseld Jr. on the game-ending block by Kyle Kuzma:
“Sometimes it’s just the way the ball bounces but I thought overall we did a terrific job on it. He’s (Joel Embiid) extremely talented, he’s a tough guard, so you got to send multiple bodies for him to get off the ball. I know you look at the numbers and he scored 27 points but over the last five he’s averaging close to 40. We kind of forced him into some tough twos, held him to about 41 percent from the field. Nothing to keep him from catching it but when he caught it we had to jump it up at times and double him but it’s very fitting and it was a pretty decent carry-over from the bulk of last night. The second half of last night, outside of the last five minutes, I thought we were playing well but to get the payoff tonight was good work from our guys.”