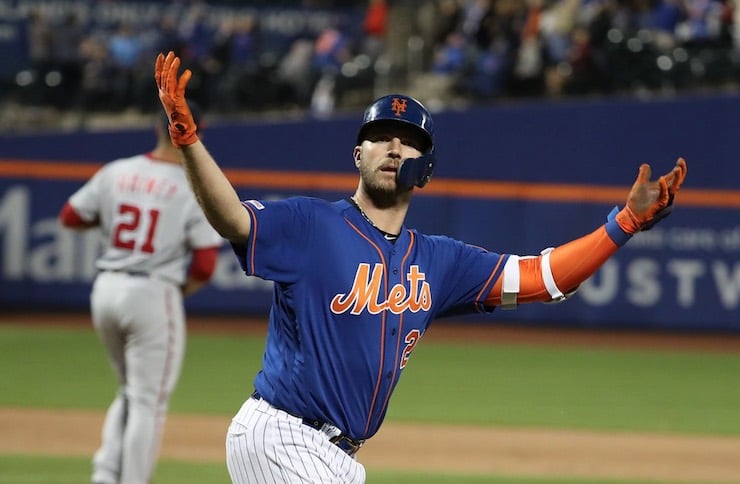 Now that the 2022 season is over for the New York Mets, we have been looking back at the year that was. After taking a more general view of the offense, pitching, and coaching staff, it’s time to take a deeper dive into the Mets’ players. This series will take a look at every player on the roster for the Mets at the end of the season from A (Pete Alonso) to W (Trevor Williams). The review will look at their season statistics, stories, and what role (if any) they will have next season. We begin the series today with a look at first baseman Pete Alonso.

Story: After a strong start to his career, hopes were high for Pete Alonso entering the 2022 campaign. Alonso immediately made his mark as one of the most productive players in the National League, driving in runs in bunches as he earned a trip to the All-Star Game as one of four Mets to make the NL squad. Although his attempt to win three consecutive Home Run Derbies was unsuccessful, Alonso continued his hot hitting in the second half to finish with 40 home runs for the second time in his career, making Alonso the first player in franchise history to hit 40 homers in more than one season. Alonso also set the Mets’ single-season record for RBIs with 131, shattering the previous mark of 124.

The Mets also got to see Alonso play in the postseason for the first time and he was largely quiet outside of a home run in Game 2 against the San Diego Padres in the Wild Card Series. Alonso was the only Met to record a hit in Game 3, a single that was pretty much the only offense in the season-ending defeat.

While the lack of playoff success stings, there is no taking away what Alonso did for the Mets in 2021. Alonso, along with Francisco Lindor, were often the catalysts of the offense as the Mets had trouble scoring runs when he was in a cold spell.

There is no question of Alonso’s role on the 2023 Mets but the bigger question will be if the team approaches him about a long-term contract extension. Alonso has two more years of arbitration before he reaches free agency so now would be the ideal time to approach Alonso with an extension to buy out a few free agent years and solidify his presence for the future. This is the type of contract the Mets largely avoided towards the end of the Wilpon era and it would be a good sign for Steve Cohen’s regime to take care of the team’s young stars before they reach free agency.

Check back tomorrow as our Player Review Series continues with a look at catcher Francisco Alvarez!