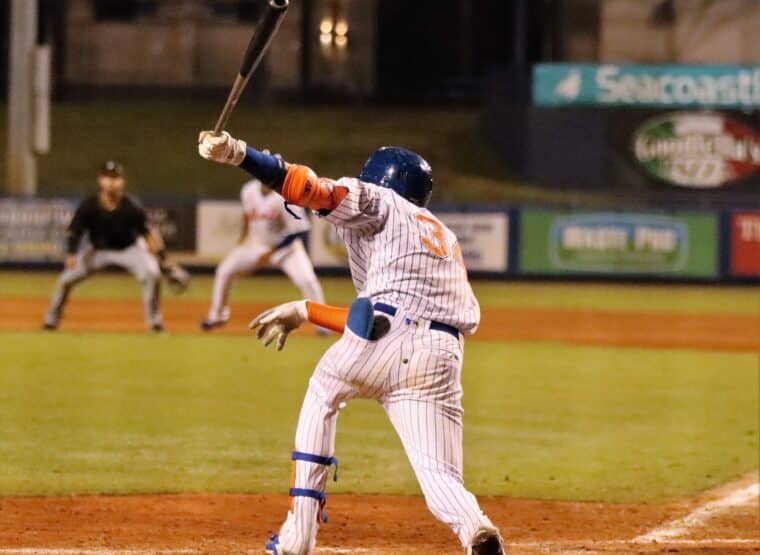 When it comes to the New York Mets’ farm system, everyone usually has an idea who the top prospects are. Some combination of Francisco Alvarez, Brett Baty, Mark Vientos and Ronny Mauricio are usually mentioned by anyone with a casual knowledge of the Mets’ minor league organization. There is another intriguing prospect on the rise, however, who hasn’t gotten as much hype as the aforementioned quartet. That player is Alex Ramirez, and he is the focus of this week’s edition of Minor League Mondays.

Ramirez was the top international signee for the Mets during their 2019-20 period and received a $2.05 million signing bonus to join the organization. The pandemic did throw a hiccup into Ramirez’s development but the Mets have moved aggressively with him, pushing Ramirez up to Low-A St. Lucie as an 18-year-old last season. Ramirez held his own there, batting .258 with five home runs and 35 RBIs in 302 at-bats. The Mets opted to have Ramirez repeat the level to start this season and he has responded nicely, batting .385 with two home runs and 15 RBIs in 104 at-bats to date.

Scouts are very high on Ramirez, who is rated as the Mets’ sixth-best prospect according to MLB.com, thanks in part to his five-tool potential. Ramirez already has elite speed and a strong arm, which should help him stay in center field long term, but he can move to a corner if necessary. The Mets are hopeful to work with Ramirez to cut down his long swing, which led to 104 strikeouts last season, in order to produce more contact going forward.

There is also serious power potential for Ramirez, who is 6-foot-3 and weighs just 170 pounds, to add more pop as he grows into his frame. Ramirez did rack up 15 doubles and four triples last season so it is reasonable to expect that some of those extra-base hits will go over the fence as he matures.

The good news for the Mets is that they can be patient with Ramirez, who is still one of the youngest players in the Florida State League. Ramirez will likely be bumped up to High-A Brooklyn if he maintains this hot start in order to give him a shot against more advanced competition. Finishing the year in Brooklyn as a 19-year old would be a strong start for Ramirez and offer some serious hope for the Mets in the future.