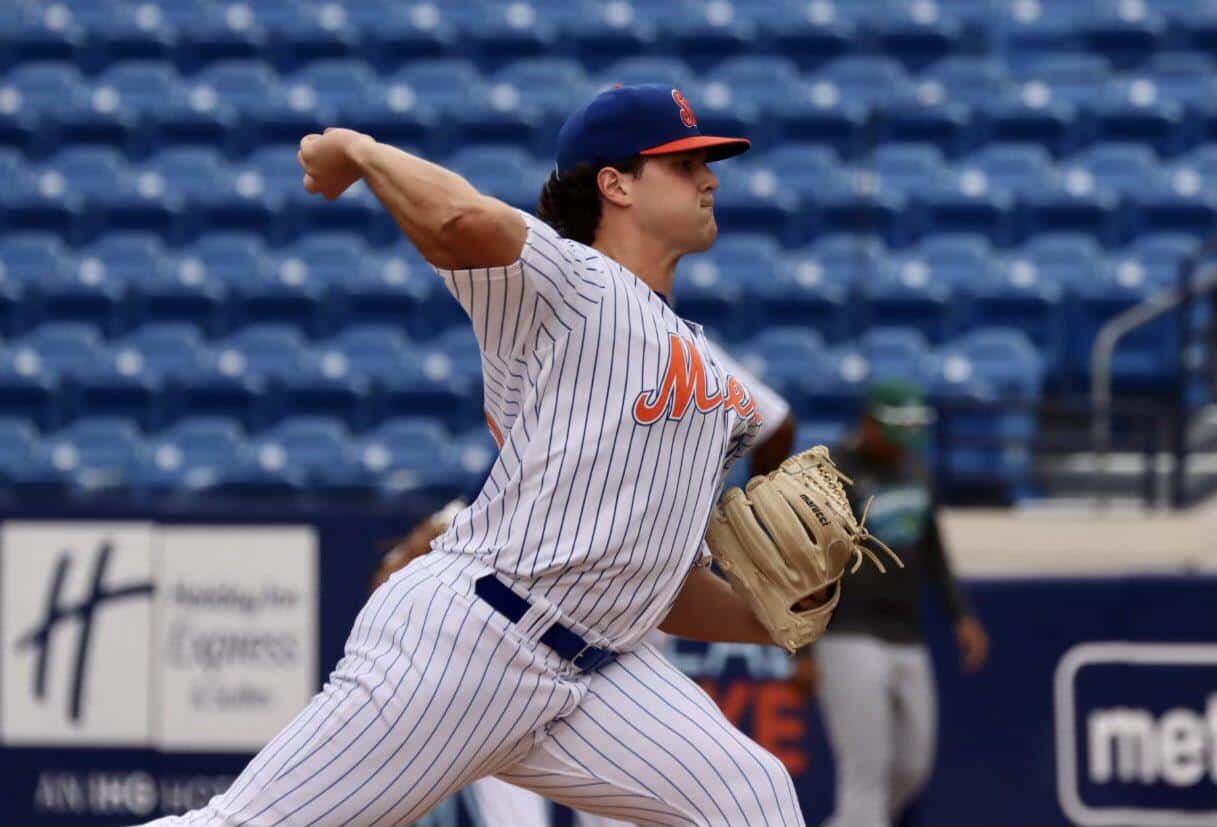 The minor league baseball season is starting to wind down with the lower level affiliates in their postseasons and the upper levels wrapping up their regular seasons in the coming weeks. Most prospects will be done with organized baseball for the year by early October, but a select few will get to gain more experience in the Arizona Fall League. Each team sends a group of prospects to form six teams that compete for a month in Arizona and the New York Mets will send a group of nine to represent them. These prospects are the focus of this week’s edition of Minor League Mondays.

The Mets’ prospects will compete in the Arizona Fall League for the Peoria Javelinas and will be joined by prospects from the Washington Nationals, San Diego Padres, Cleveland Guardians and Seattle Mariners. The headliner of the Mets’ contingent is RHP Mike Vasil, who is currently ranked as the team’s 11th best prospect according to MLB.com. Vasil has gone 4-2 with a 3.53 ERA between Low-A St. Lucie and High-A Brooklyn this season but missed some time due to injury, leaving him some room to work additional innings in Arizona.

Another interesting name heading to Peoria is RHP Grant Hartwig, who the Mets signed as an undrafted free agent last year. Hartwig was a starter in college but the Mets moved him to the bullpen, where his fastball/slider combo plays up nicely, as he has gone 4-2 with a 1.84 ERA and 79 strikeouts in 53.2 innings pitched across three levels. The Mets currently have Hartwig, their 22nd best prospect, in AA Binghamton and his rapid rise could help him factor into the bullpen equation as soon as next year.

The other prospects inside the Mets’ Top 30 headed to Peoria are outfielder Stanley Consuegra, their 23rd ranked prospect, and RHP Christian Scott, their 28th ranked prospect. Consuegra is a young outfielder with plenty of raw power who has slugged 13 home runs between Low-A St. Lucie and High-A Brooklyn this year while Scott, the Mets’ fifth-round pick in 2021, is 3-3 with a 4.45 ERA between St. Lucie and Brooklyn. Scott does have two intriguing pitches in a fastball and slider, which give him a solid relief floor, but he will need his changeup to develop to become a starting option at the big league level.

The rest of the prospects the Mets will send to Peoria include shortstop Kevin Kendall, RHP Troy Miller, outfielder Brandon McIlwain, infielder Luke Ritter and RHP Franklyn Sanchez. The Arizona Fall League season begins on October 3 and concludes with the AFL Championship Game on November 12. 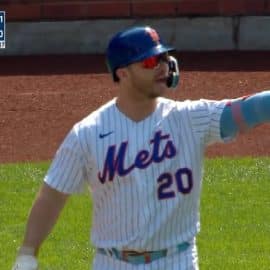