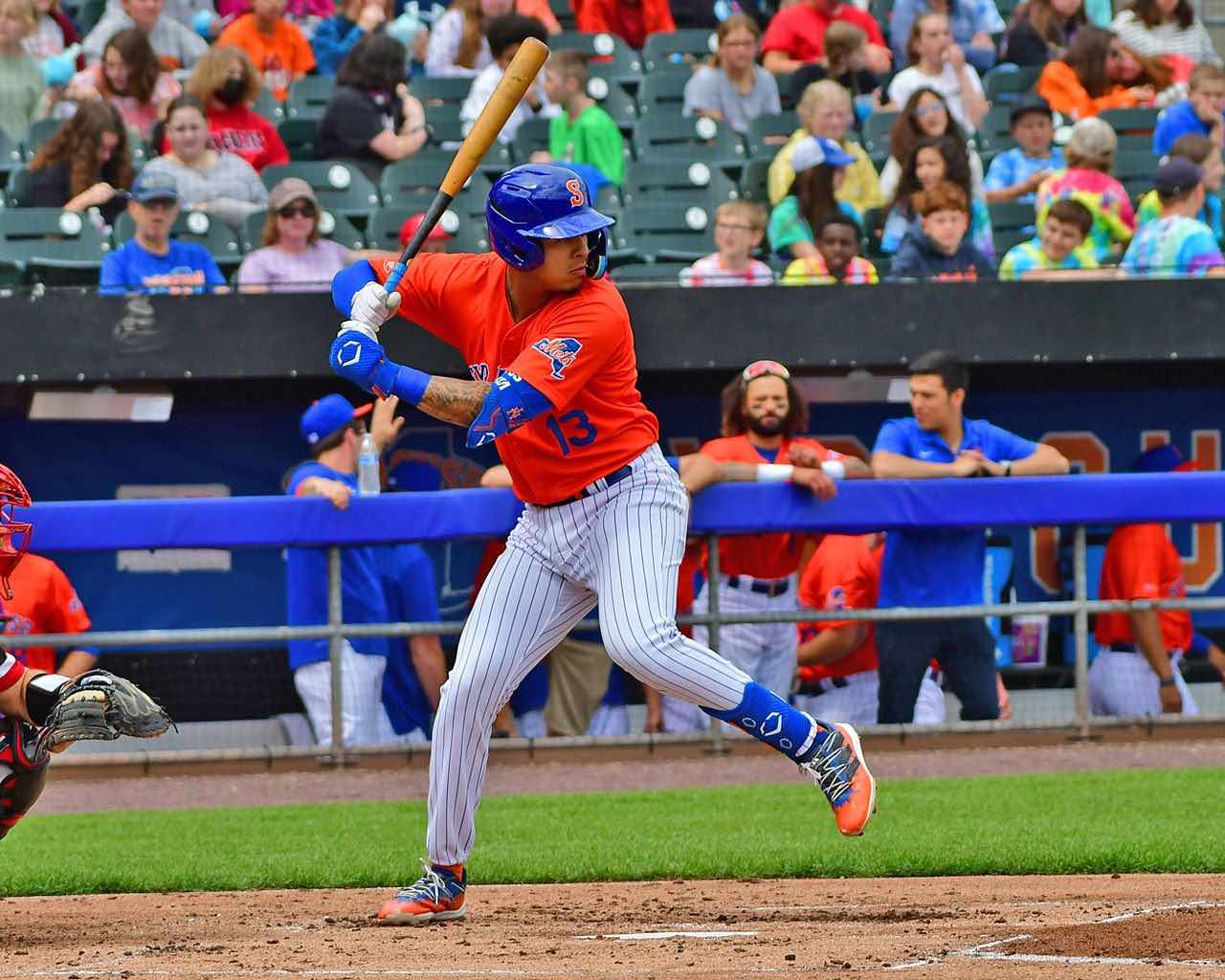 The trade deadline is less than 24 hours away and the New York Mets are still on the hunt for upgrades. After trading for Daniel Vogelbach and Tyler Naquin to help bolster their offense last week, the Mets are still on the hunt for another bat, potentially at DH or catcher, as well as relief pitching help. Dominic Smith and J.D. Davis could go in those deals but the more likely scenario involves dipping into the Mets’ farm system for trade chips. That will be the focus of this week’s edition of Minor League Mondays.

The good news for the Mets is that their farm system does have some elite prospects in it which will be attractive to opposing teams. The issue, on the other hand, is that the Mets don’t have the middle class of prospects to make the farm system deep enough to trade away multiple pieces for rentals like the New York Yankees did for Andrew Benintendi last week. The Mets are vowing not to trade one of their top-tier prospects for a rental, a decision likely formed in part due to their regret of parting with outfielder Pete Crow-Armstrong in the Javier Baez trade last July. Baez departed after two months in free agency while Crow-Armstrong is one of the Cubs’ best prospects, a move that has inspired teams to demand a top prospect from the Mets in order to part with their rental pieces.

With this information in hand, let’s take a stab at breaking down which prospects are truly available for the Mets to deal from at the deadline.

The members of the Mets’ recent draft class can’t be traded until after the World Series while Alvarez, Baty and Ramirez are the three most important players in the farm system. The asterisk refers to the possibility of acquiring a true superstar like Shohei Ohtani or Juan Soto, but since neither scenario appears likely these players will stay put.

These three players are the most attractive prospects beyond the top three with Vientos being the closest to the majors at AAA Syracuse. The Chicago Cubs and Boston Red Sox have both expressed interest in Vientos in trades but the Mets don’t want to give him up for two months of Willson Contreras or J.D. Martinez. It remains possible that the Mets part with one of them for multiple impact players, such as a package of Contreras and David Robertson from the Cubs or Martinez and Christian Vasquez from the Red Sox, but those deals will likely come down to a staring contest in the next 24 hours. The Mets could also explore possibilities of acquiring players with additional team control beyond 2022, which would theoretically put these players on the table.

These five players are intriguing prospects outside the Mets’ top tier who could be good chips to use for rentals if teams are interested in getting major-league contributors. Plummer and Lee are both blocked at the big league level but could benefit from opportunities to play every day in a new organization. Butto and De Oca have the potential to be back of the rotation starters but there is reliever risk, which may limit their appeal to other teams. Szapucki’s best path to the big leagues may be as a reliever, a change the Mets have started to make with him at Syracuse, which could also limit the teams that look into him.

This collection of players is rated inside the organization’s Top 30 prospects and none of them is currently playing above High-A ball. The group includes promising recent draft picks like Hamel and Ziegler alongside international prospects like Dominguez and Juan. The Mets could also offer more talent at the lower levels outside of their Top 30, like the two players they sent to the Cincinnati Reds in the Naquin trade, for rebuilding teams who are willing to be patient and develop them over the span of several years.