Flop In July Leads To A Mets Sell Off 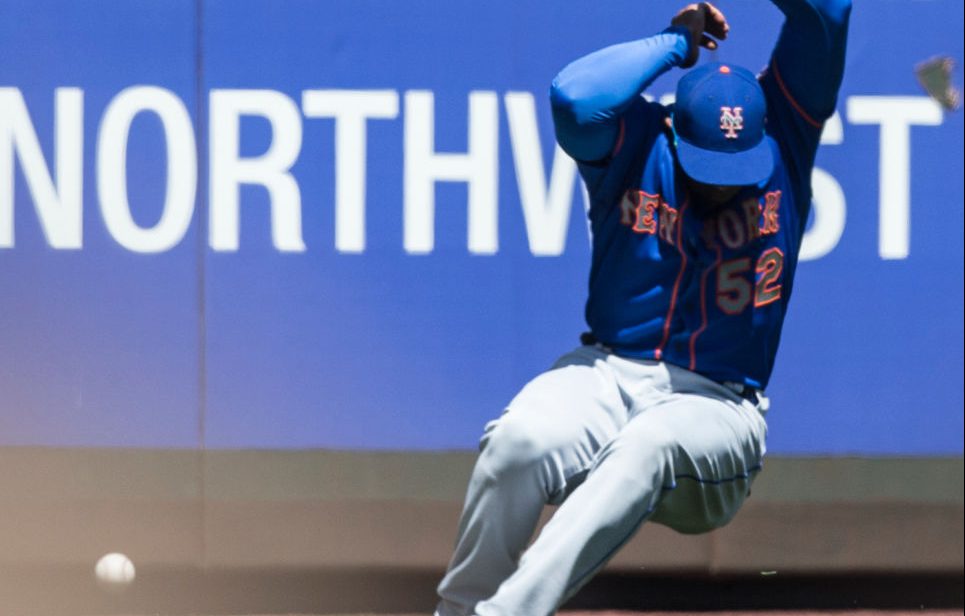 At the end of June, it was clear that the New York Mets would be set for their last stand in July. The Mets began the month five games under .500 and needing to make a strong push to get back into the playoff race. That didn’t happen as the Mets continued to flounder, going 11-13 in 24 July games to fall seven games below .500. With the team currently 11 games out of a wild card spot, Mets’ General Manager Sandy Alderson started to sell off veteran players on expiring contracts. Lucas Duda was the first to go, getting shipped to Tampa Bay last week, and more players are expected to follow him out the door before today’s trade deadline.

Things got off to a bad start for the Mets, who finished the first half by going 2-5 over their final seven games. That poor stretch meant the Mets needed to sweep the Colorado Rockies to open the second half in order to keep their faint wild card hopes alive. The Mets easily won the first two games but were bombed out in the third during a typical Sunday disaster, and that game snowballed into a three game losing streak. Even though the home stand ended well enough with the Mets winning four of their final five games, the damage was already done. The Mets ended the month on the West Coast, dropping four out of seven games in San Diego and Seattle, and are headed to Colorado for a rematch with the Rockies starting tomorrow. There figure to be several more roster changes ahead of that game as the Mets are expected to ship out several more veterans for prospects as they reload for 2018.

These moves officially put to bed the season for the Mets, who entered with high hopes but will finish out of the playoffs for the first time since 2014. This is a disappointing end for this group of players, but the good news for Mets’ fans is that the team can begin to get ready for the 2018 season. Alderson started the process last Saturday, when he surprisingly landed former Miami Marlins’ closer A.J. Ramos in a trade to serve as a replacement for Addison Reed, who is expected to get dealt later today. The future should arrive in spades in August as well, with Amed Rosario set to make his big league debut in the next few days and Dominic Smith likely not far behind him.

Despite their poor overall play, the Mets did have some strong performers in July. Michael Conforto showed why he was the Mets’ All Star representative, batting .309 with seven homers and 14 RBI’s in 68 at bats. Other strong offensive performers in July included T.J. Rivera (.306/3/10), Jose Reyes (.298/3/12) and Wilmer Flores (.295/4/8). The Mets’ best pitcher in July was clearly Jacob deGrom, who went 4-1 with a 2.52 ERA and 0.95 WHIP in five starts, striking out 37 batters in 35.2 innings pitched. Reed also bolstered his trade value with a strong month, recording six saves and pitching to a 2.08 ERA.

As the Mets transition into next season, August won’t be an easy month for them. The schedule is loaded with matchups against contenders, including series against the Washington Nationals, Arizona Diamondbacks, Los Angeles Dodgers, Rockies, and New York Yankees. The number of wins and losses the Mets pick up in this stretch is pretty much meaningless, so a true measure of progress will be determined by how they play and how youngsters like Smith and Rosario acclimate to the major leagues. It may not be pretty for the Mets this month, but hopefully the final two months of the year are a blip on the radar by this time next season.